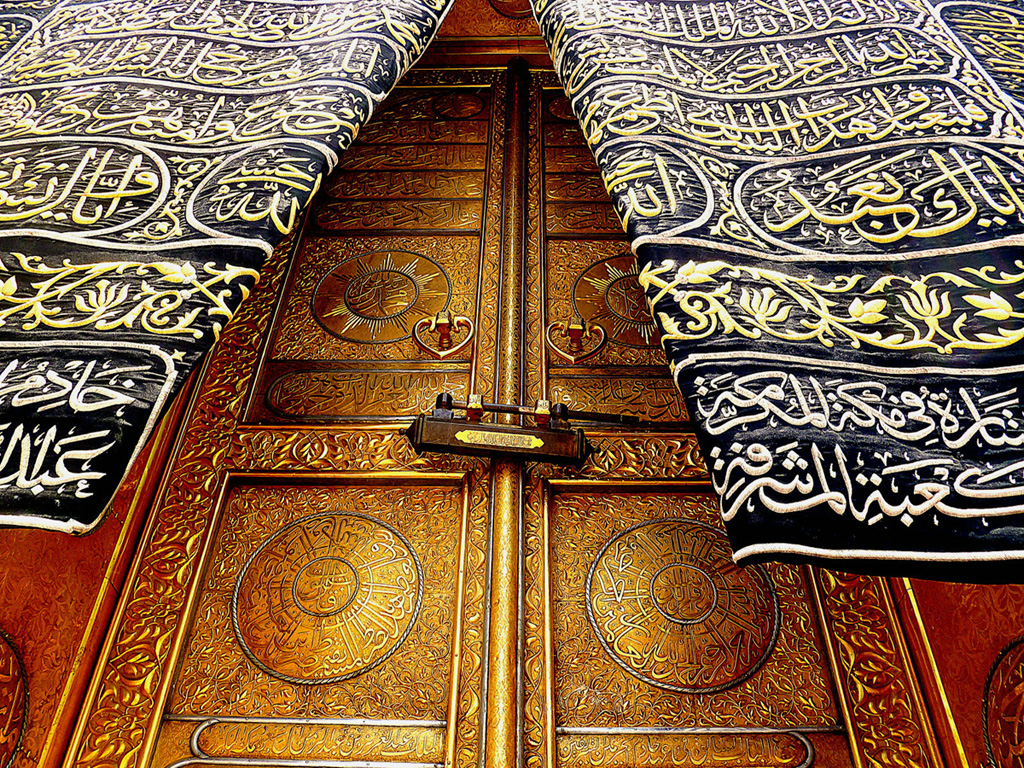 Zinnirah – A True Slave of Allah

Zinnairah al-Rumiya aka Zinnirah the Roman رضي الله عنها is one of those companions of the Prophet صلى الله عليه وسلم whom we know very little of, but what we know is enough knowledge worthy of a lifetime only if we could internalize it.
She did not have a high ranking in society but rather she was a concubine of the Banu Makhzum and a slave of Umar Ibn Al Khattab رضي الله عنه (Prior to him reverting to Islam).

She embraced Islam at a time in Makkah when only the weak were accepting Islam. These so called weak and the poor would one day be legends whose legacy will stand preserved with the Ummah of the Prophet صلى الله عليه وسلم till the Day of Reckoning while those that oppressed them have long turned to dust, forgotten. She is said to be amongst the first to embrace Islam in Makkah.

Despite the crazy torture that the followers of Muhammad ﷺ were subjected to in front of her very eyes, the light of faith started to enter and enlighten her heart. She became a Muslim knowing full well that she would face difficulties. When it was found out that she had accepted and become a follower of Muhammad she was asked to renounce her new religion. We need to keep in mind that like Bilal Ibn Rabah رضي الله عنه, she was a slave and as such had no tribe that offered her protection. She was completely at the mercy of her owner.

To find that your slave was taking a stand and going against the practices of their master was something uncommon and literally unheard of. It was a smear on the public standing of the owner. As soon as her master heard that she had became a Muslim he inflicted unimaginable torture on her. His reputation had been tarnished within the tribe after-all. He thought he would be able to make her give up her new found faith and make her worship their pagan idols again. Despite the tortures inflicted upon her, Zinnirah رضي الله عنها persevered in her belief. .

This perseverance of  Zinnirah رضي الله عنها drove her owner crazy. When he failed, he called upon the Pharaoh of this Ummah, Abu Jahl, who took pleasure in torturing and inflicting harm upon the followers of Muhammad.  He started torturing her thinking he would be able to extinguish the light of faith in her. However,  Zinnirah persevered in a literally inhuman show of belief. This just drove him even made and he increased the level of torture.

Zinnirah رضي الله عنها was an epitome of tawakkul. As long as her faith held on to Allah as her Lord, she was ready to face any harm that came her way. SubhanAllah these are the true women of the Ummah of Prophet Muhammad صلى الله عليه وسلم and we call ourselves men today.

By the constant torture being inflicted on Zinnirah رضي الله عنها  she became very weak and lost her eyesight. Abu Jahl, May Allah’s Curse be upon him whose heart was locked shut with the padlock of disbelief loathed at her condition and proclaimed, “Our Gods Lat and Uzza made you blind because you gave up worshipping them. Give up Islam and they will make your eyes see again.”

As they say donkeys never learn, and Abu Jahl couldn’t see her tawakkul in the decree of Allah. She never believed that pieces of stone that people carved with their own hands could harm or bring any benefit to anyone. Forget others, those pieces of stone couldn’t help themselves if they were falling face-first to the ground. She realized that this was a test for her and held firmly the rope of Allah. She addressed Abu Jahl as follows with all her sincerity:

“No. I swear by Allah that Lat and Uzza, which you worship as gods but which are only pieces of wood and stone, can neither harm nor benefit anyone. They do not know who worship them and they are unaware of those who do not worship them. This is the job of my Lord. My Lord has the power to make me see again.”

Abu Jahl was astonished when he received this unexpected answer. When he overcame his astonishment, he started to hit Zinnirah رضي الله عنها in his futile anger. After a while, he stopped completely exhausted, yet couldn’t exhaust the flow of Iman in her heart.

Zinnirah رضي الله عنها would reply to him, “My Lord has the power to make me see again.” Nothing for Allah is impossible. He says, “Be” and it is. Allah definitely has absolute and complete power over everything. As is reported, Zinnirah started to see again the following morning.

When the polytheists who came to resume the torture in the morning saw that she could see again, they were astounded. Their belief in their idols weakened. Some of them nearly became Muslims. However, Abu Jahl intervened. He said, “Were you not astonished by those insane people who follow Muhammad? If what Muhammad brought were true and something good, we would go to it first. Can Zinnirah find the truth before us? Which one of you saw it?”

Those who were near him believed in his lies because they were heedless and had this tribal superiority complex. Instead of reflecting on the miracle that they had just witnessed, they said, “This is Muhammad’s magic.”

Allah replies to them in the Quran where he says,

“And those who disbelieve say of those who believe, “If it had [truly] been good, they would not have preceded us to it.” And when they are not guided by it, they will say, “This is an ancient falsehood.”

Abu Bakr رضي الله عنه bought and freed her, along with her companion in slavery Lubaynah. The Khalil of the Prophet صلى الله عليه وسلم is famous for purchasing the freedom and setting free many slaves that were being tortured in Makkah. Such was his care for Muslims and his attitude towards money.

To come to the point in history again where Muslims are being oppressed  not as physically  as the early Makkan era yet, but nevertheless its a source of guidance and strengthens our belief in the decree of Allah.  When such people such as these who were just a few in number could stand strong with their faith firm in Allah trusting full well that Allah will deliver them to security, then surely we, numbering around 2 Billion can have an iota of that belief. These were people who had not read or seen the golden conquest of Islam or the heard the proclamation of Tawhid resounding in the vast Haramain we see today, where they were put to torture. We have read and seen Makkah as it is today. Will we then not have faith that indeed Allah will eventually and always be victorious.

Yes, today we don’t bear physical torture or oppression but our mind is bombarded and attacked till it becomes restless regarding the validity of our faith. In times like these, of utmost importance is tarbiyah for our youth and learning to strengthen our Aqeedah. We need to man up and take pride in our religion. Don’t water it down, wallahi don’t be ashamed. I see Muslim youth today trying to explain away basic tenets of Islam and that is really scary.

We should know that just because we are undergoing a difficulty doesn’t mean that Allah has forsaken us rather we NEED to think of it as a  test from Allah that  should enhance our faith towards Him because our Prophet صلى الله عليه وسلم told us that Allah tests them whom He loves. Another important point we learn from this story is that numbers and quantity doesn’t matter to Allah. Its always the quality that Allah looks at. Remember the 313 against the 1000 in Badr, with faith so strong that angels descended to aid them. Our teacher Sheikh Sajid Umar advises us to work and have complete faith in the will and decree of Allah and if Allah accepts, then angels will indeed descend to assist us in our affairs by the permission of Allah.

She رضي الله عنها got rid of spiritual slavery though she remained a slave materially. Where do we stand today?

Whose slaves are we truly? Allah?

Ask that question to yourself and reflect.