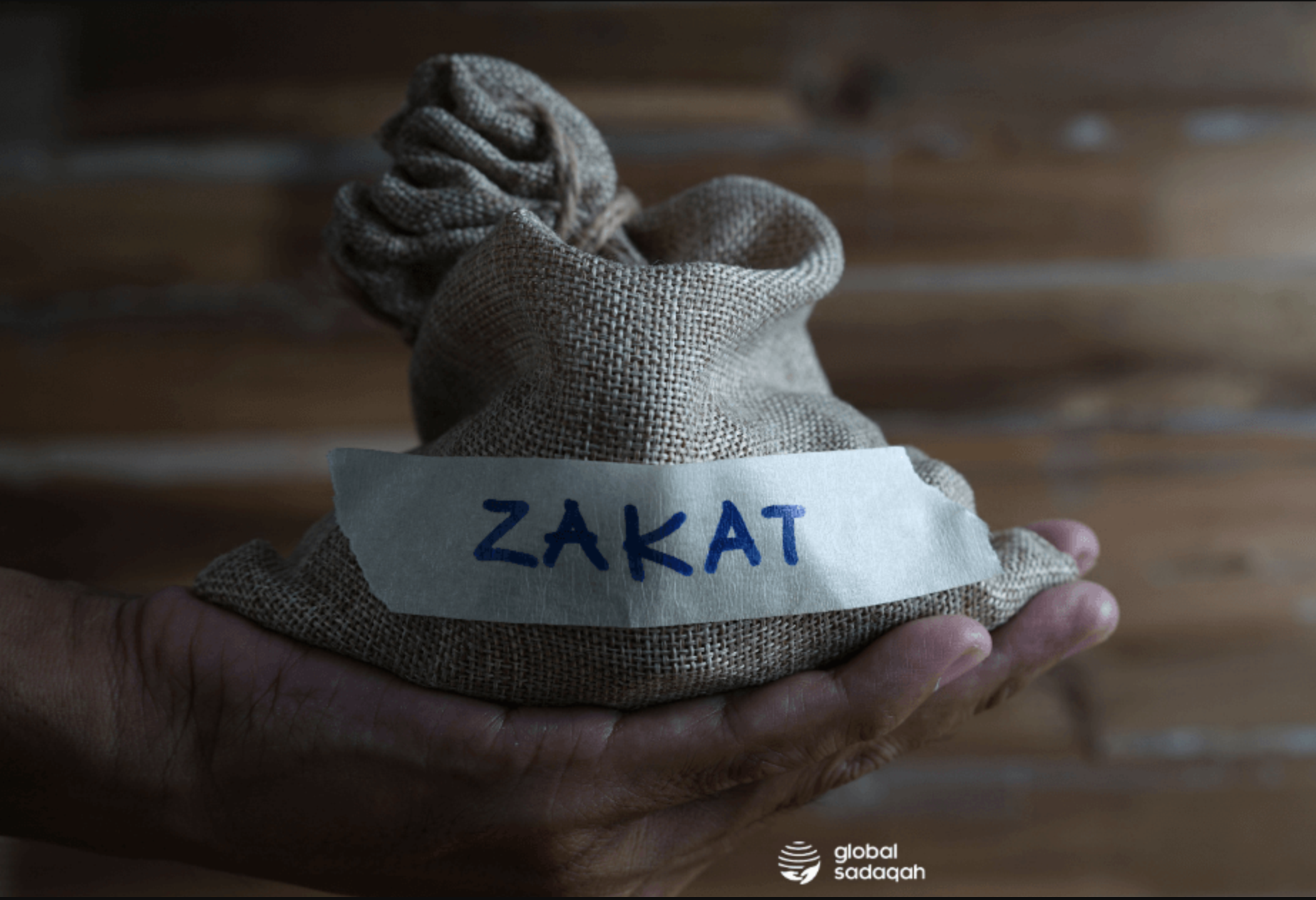 Analyzing Zakat In The Quran | Zakat Made Easy | Part 2

The word zakat is mentioned in the Quran 30 times, with 27 of them associated with prayers in the same verse. In one place, zakat is mentioned alongside the word “prayers” in the same sequence of verses: “those who humble themselves in their prayers” and “who are active indeed in zakat.”Out of the 30 mentions in the Qur’an, eight of them are Makkan verses and the others are Madinan – clearly signifying that zakat is second only to Salah in terms of importance for a Muslim.

This article is Part 2 of an ongoing series titled, 'Zakat Made Easy'

Out of the 30 mentions in the Quran, eight of them are Makkan verses and the others are Madinan – clearly signifying that zakat is second only to Salah in terms of importance for a Muslim.

Some writers claim that zakat is associated with prayers 82 times in the Quran, but this is an obvious exaggeration. Even if we include places that have implicit reference to zakah, where words like spending, lending or feeding are mentioned, we will not reach that acclaimed number.

Separately, Sadaqah and its plural, sadaqat, is mentioned in the Qur’an 12 times, all of them in Madinan surahs.

Though sadaqah (plural, sadaqat) is different from zakat, which exclusively involves the division or sharing of material and financial wealth to help the less fortunate. Sadaqat, in addition to the above, also involves the sharing of happiness among others through kind words, taking care of animals or the environment, smiling at someone, etc. But unlike Zakat, sadaqah is not obligatory.

Both act as a form of worship assumed as a way of achieving spiritual purification, and to absolve a Muslim of their sins.

How Does Allah Describes Zakat To Us

My Mercy extends to all things. That (Mercy) I shall ordain for those who have God-consciousness and give their Zakat and those who believe in Our Signs.” [Surah Al-A’raf, 156]

Allah will certainly aid those who aid His (cause); for verily Allah is Full of Strength, Exalted in Might, (able to enforce His Will). (They are) those who, if We establish them in the land, establish regular prayer and give their Zakat, enjoin the right and forbid wrong: with Allah rests the outcome of all affairs.” [Surah Al-Hajj, 40-41]

“But (even so), if they repent, establish regular prayers, and give their Zakat, they are your brethren in Faith.” [Surah Al-Taubah, 11]

“The Believers, men and women, are protectors one of another: they enjoin what is just and forbid what is evil: they observe regular prayers, pay their Zakat and obey Allah and His Messenger. On them will Allah pour His Mercy: for Allah is Exalted in power, Wise.” [Surah Al-Taubah. 71]

“The mosques of Allah shall be visited and maintained by such as believe in Allah and the Last Day, establish regular prayers, and pay their Zakat and fear none (at all) except Allah.” [Surah Al-Taubah, 18]

In all ayat, one thing that we observed is that the terms ‘Sadaqah’ and ‘Zakat’ are used interchangeably many times – and at times are distinct from each other.

The words ‘Sadaqah’ five) and ‘Sadaqat’ (eight) occur 13 times in the Quran.

What’s The Difference Between Zakat & Sadaqah

In Lisan al Arab it is said, “The root of the word zakah in Arabic means cleanliness, growth, blessing, and praise. All these meanings of the word are used in Qur’an and Hadith.” While according to al-Wahidi and others, the root of “zakah” means increase and growth and can be applied to multiple facets.

On the other hand, the word sadaqah is derived from the word ‘Sadq’ which means truth. Sadaqah has a more general definition as compared to zakat whereas, which is more restricted in nature.

For example, from a technical point of view, zakat refers to obligatory charity whereas sadaqah refers to the voluntary charity. Even non-monetary charity like smiling and removing something harmful from the road can be considered sadaqah.

Essentially all zakat qualifies as sadaqah but not all sadaqah is necessarily zakat. This is the reason why it is important to learn from qualified teachers who can help us differentiate according to the Sunnah, what Allah is referring to in the Quran.

Sheikh Abdullah Shinqiti said, “The best charity is hidden, and the best zakat is displayed.”

Why? This is because charity has no limit, and it is between a person and their sustainer. Zakat on the other hand is a fixed amount and has to do with establishing a pillar of Islam. Seeing zakat being carried out in public is important as a form of encouragement for others to follow suit and helps ward off the envy or suspicion from the poor of the community.

Zakat should not be viewed as some form of tax, fine, or penalty. Instead, giving zakat does not reduces one’s wealth, but through zakat, Allah says that our wealth will be blessed and purified.

Though it may seem like a difficult concept for some to understand – but remember that we, humans, have just the pixel while Allah has the complete picture.

Allah tells us in the Quran, “But that which you give in Zakat seeing Allah’s Face, then those they shall have manifold increase” [Surah al-Rum, 39]

“Allah will deprive usury of all blessing but will give increase for deeds of charity: For He does not love the one who is ungrateful and wicked.” [Surah Al-Baqarah, 276]

The Messenger of Allah ﷺ explicitly promised us that giving in charity does not decrease wealth. What else do we need as a guarantee or a motivation? The Messenger of Allah ﷺ said, “Charity does not decrease wealth, no one forgives another except that Allah increases his honor, and no one humbles himself for the sake of Allah except that Allah raises his status.” [Muslim]

Some of the wisdoms or lessons that we can take from the legislation of zakat is that Allah wants to remove greed from our hearts. Zakat purifies our money and cleanses it for us. Wealth with no zakah paid on it is like impurity in the eyes of Allah. Anyone who doesn’t pay zakah on his wealth is as though he is feeding impurities to his family.

Allah tells us, “Out of their wealth take sadaqah thereby purifying and sanctifying them.” [Surah Al-Taubah, 103]

Yes, zakat is one of the greatest signs of Iman. Whenever we give away money, we expect to get something in return. But when we give money for the sake of Allah without expecting any immediate physical returns, we are putting our absolute faith in the belief that Allah will repay us from His bounty even if we can’t see it.

Giving zakat also helps break the dependency cycle of charity by empowering the weaker sections of the community by letting them have funds to become self-sufficient.

The shariah teaches Muslims that it is our responsibility to take care of our families and dependents – spending and taking care of loved ones is like giving charity. Similarly, through zakat, giving to our fellow Muslims is like giving care and support to a larger family around us. This empowers and builds the community around us, alongside strengthening and maintaining strong bonds of kinship and friendship.

This article is Part 2 of an ongoing series titled, 'Zakat Made Easy'

Part 1: What Is Zakat and Why Should I Pay It?