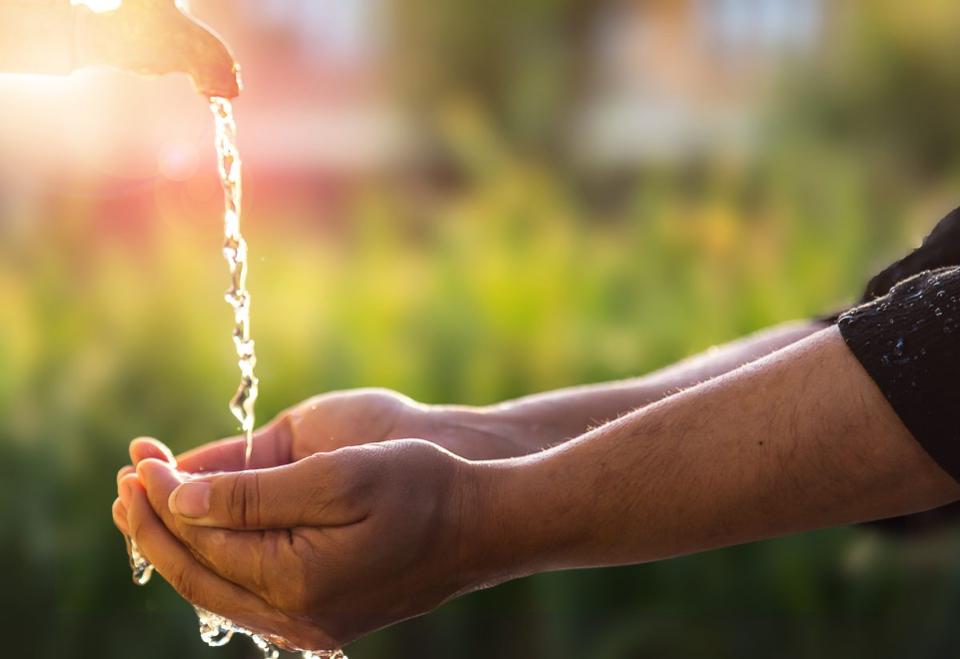 Wudhu as per the Hanbali Madhab

The following are points of benefit regarding wudhu as per the Hanbali Madhab taught by Sheikh Abu Ibrahim John Starling.

A. There are 8 Pre-Requisites which must be met for a valid Wudhu:

1. Cessation of what obligates it.
Menstrual and postpartum bleeding, urination, etc. must have completely stopped.
2. Intention, a prerequisite for every form of purification except eliminating khabath, etc.
The intention should be to remove ritual impurity or to permit prayer, etc.
3. Islām. You must be Muslim!
4. Sanity.
5. Discernment. This is an age when a child is able to distinguish between acts worship and other things.
6. Permissible tahūr water.
7. Removal of what prohibits it from reaching the skin such as heavy dirt, grease, paint, polish, etc.
8. Istinjāʾ if needed.

B. There are 6 Obligations which must be fulfilled for a valid Wudhu:

1. Washing the face (which includes the mouth and nose).
2. Washing the hands, and forearms including the elbows.
3. Wiping the entire head and the ears.
4. Washing both feet including the ankles.
5. Sequence. It must be completed in the basic order mentioned here.
6. Continuity. It must be completed in a continuous manner so that there is no significant time between the washing of each limb.

C. Purifying Water must be used for Wudhu.

Purifying water/Tahūr water is that which eliminates a ḥadath and removes extrinsic impurities.
It is that which is in its original state, if only legally deemed so like what has changed due to stagnation, algae, tree leaves, its conduit, etc.

D. There are 8 things which invalidate Wudhu:

1. Excretion of anything from the urinary or intestinal tract.
2. Excretion of urine or feces from the rest of the body (be it a lot or a little); or excretion of other things such as vomit or blood if considered abundant (relative to each person’s own view).
3. Loss of consciousness (except the dozing of someone standing or sitting).
4. Washing the deceased or a portion thereof.
5. Eating camel meat, even if raw, (a cause which is purely devotional, as its other parts do not invalidate it e.g. drinking its milk or meat stock).
6. Touching an attached human sex organ or anus, even if deceased, with the hand (excluding the testicles and the location of a severed sex organ).
7. The desirous touch of the opposite gender without a barrier (even via extra appendage to another).
8. Apostasy.

The intention should be to elimate the state of ritual impurity or to permit prayer, etc.
Though it is required before saying “Bismillah”, it is best if made before any voluntary act is performed e.g. washing both hands.
The intention’s primary location is the heart but it is best to utter it silently and maintain it throughout the wudu.
At the very least, the intention should not be severed during wudu, otherwise it is invalid.
If possible, face the qiblah while making wudu.

Saying “bismillah” is an essential part of wudu. There is no harm if you forget to say it or did not know it was required. If you intentionally neglect saying it, wudu is invalid. If you forget and remember while making wudu, you should start over.

It’s best to wash the hands to the wrists (right then left) and required when waking from a night’s sleep. A little grime under the nails is excused.

The water must be swished around and best if it reaches the entire mouth. Combining step 4 and 5 by scooping water into the mouth and nose with a single right handful is preferred.

I. Rinse the Nose 3 times

It’s best to inhale the water to the back of the nose. Inhaling enough to enter the nostrils is fine. Use the left hand while exhaling to expel the water.

The face includes the entire area from the hairline to the chin and from ear to ear.
The entire length of the beard must also be washed. If the beard is thin, water must reach the skin. It’s best to run wet fingers through the beard.

K. Wash the Right Hand to Elbow 3 times, then left 3 times
The entire hand (fingernails too), forearm, and elbow must be washed in this step. It’s best to wash a little past the elbow and to rub the water into the skin like all other washed limbs.

L. Wipe Entire Head
The head starts at the typical hairline and ends at the nape of the neck. With new water, wipe both hands over the hair (or scalp if bald) from front to back and then return.

M. Clean both Ears
With new water, wipe the inside of the ears with the index fingers and the outside with the thumbs.