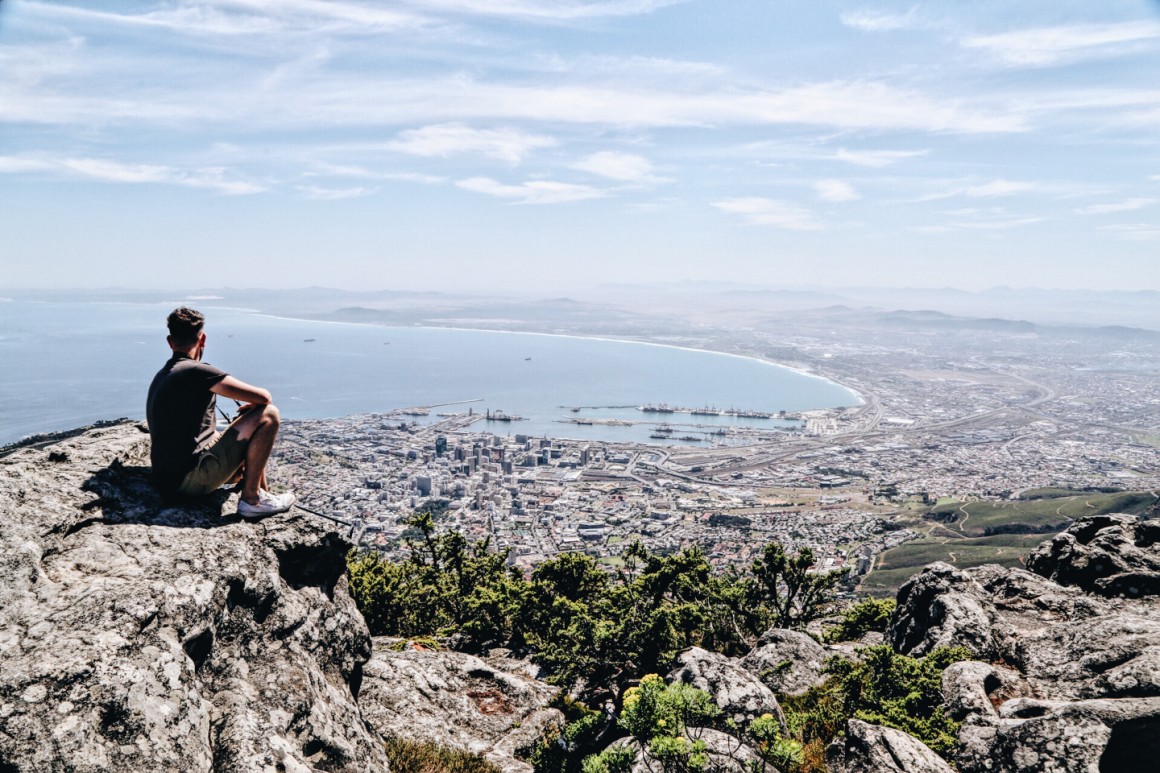 There And Back Again

“Leave your country in search of loftiness
And travel! For in travel there are 5 benefits,

If it is said that travelling brings humiliation and difficulty
And long journeys across deserts and toil and trouble,

This was a poem by the legendary Imam Shafi’i. Travelling in Arabic is called سَفَر “safar”. Its root is “s-f-r”. This root in general means: showing, uncovering, revealing. A person who keeps smiling is called “Musfir”, because he is showing his teeth. A woman showing her face is called “Safirah”. It is thought that “safar” (travelling) was called so because it reveals the true nature of the person whom you are travelling with.

Since the very day our parents Adam and Hawah set their feet on earth and we have been in constant motion, traveling with the curiosity within us, discovering new lands and exploring the wonderous creations of Allah.

Each and every one of us needs to take a break from the daily routine that we are so wound up in and take a few days for ourselves to reconnect with ourselves and more importantly our Creator. Travelling has a profound impact on the ability to respect differences and empathize with other cultures. Travelling has always been an integral part of Islamic history. From Adam عليه السلام to Ibrahim عليه السلام to Musa عليه السلام to our very own Prophet صلى الله عليه وسلم. Scholars have and continue to travel to countries to learn and spread the Deen. We have Ibn Batuta who travelled for 30 years after setting off for the Hajj in 1325 aged only 21.

Abu Sa`id AlKhudri رضي الله عنه relates that the Messenger of Allah صلى الله عليه وسلم  said, “If three of you set out on a journey, you should appoint one of you as the amir (leader). [Abu Dawud]

This is a forgotten Sunnah especially amongst the youth nowadays. We are so engrossed in the excitement of the upcoming trip that we forget these nuggets of wisdom given to us. There is so much wisdom behind this single act. Firstly there will be order in the group, planning will become easy, disagreements can be put to rest easily. I mean come on, fights on where to eat are the last thing you want to have on the trip.

Once a group as an appointed leader, the group’s decision making is much stronger in case of an emergency, should one arise. The leader of the group is helpful in making those decisions and keeping the group together; an absence of this leader results in every individual of the group making their own decisions this may result in panic and disharmony among the group.

Such is the beauty and blessings of manners in our religion.‍

The Dua of A Traveller

Whats better than to make use of all the free time we have during travel to ask Allah whatever we need. Personally I prefer making a short list so I can remember. Its only when you think, that it strikes you that while flying in a plane up high amongst the clouds, it is the closest you can be to Allah – Physically. Just the realization of that makes the dua all the more enjoyable and from the heart.‍

Our religion is a religion of ease and moderation. No matter what we do or where we go we do not forget the very purpose of why we are here – To worship Allah. Allah, the All Wise knows the difficulties we face and hence legislated ease in our prayers.

Our mother Aisha رصي الله عنها narrated, “The first time the Salah was enjoined it was two Rak’ahs, and it remained as such when traveling, but the Salah while resident was made complete.” [Sunan An Nasai]

Ibn ‘Umar رضي الله عنه said: I accompanied the Messenger of Allaahصلى الله عليه وسلم and he did not do more than two rak’ahs whilst travelling, and the same applies to Abu Bakr, ‘Umar and ‘Uthmaan رضي الله عنه. [Bukhari]

The scholars are unanimously agreed that shortening the prayers is better for the traveller than offering them in full, because the Prophet صلى الله عليه وسلم shortened prayers during all his journeys, and there is no saheeh report that he offered the prayers in full whilst travelling. Even if we cannot find water wherever we are, Allah has allowed us to do dry ablution aka tayammum. So much ease for us shows nothing but the mercy and love that Allah has for his slaves.‍

1. One of the biggest thing that we need to manage at times more than our finances is time. At the end of the trip we feel guilty that we could not optimize the usage of our time and have more fun.

The Messenger of Allah صلى الله عليه وسلم said, “O Allah! Bless my people in the early part of the day (morning).[Tirmidhi]

There is barakah in the early hours. Trips are not made for sleeping. We can go back and do all the sleeping we want. Now is the time to get up early and explore. Try not going to sleep after the Fajr prayers and see how much time you save up. Not just that but the calmness and the scenic beauty right after Fajr is worth staying up for.

2. Another travel hack we were taught was

Wallahi this is so true! I remember we covered a nearly 5 hour road journey in just about 3 hours. Just make sure the driver is well rested and the shotgun beside him has enough sugar inside him to keep the driver awake.

3. Another travel hack that we learn from our predecessors is that they used to make an intention that their travel was for the sake of Allah.Now no matter what they were doing, as long as they were travelling, they were getting rewarded for it. Brains, wallahi, we should use it more often for our benefit.‍

Falling in Love with Allah

One of the great benefits of travel that always struck me was the opportunity to make sujood at a host of different places, each of which would serve as a witness for us on the Day of Resurrection. Just imagine how awesome that would be. One of the many blessings which Allah has bestowed upon the Muslim Ummah is the making of the earth pure and making it a Masjid. You get to give charity in a different place, help build something with your small contribution and for years to come you can have a stake in the hasanat derived from there.

Speaking about Masjids, Masjid architecture has always fascinated me since I was a child. It's just something about the way they are built, the minarets, the lights around it that just make you want to stay there. Travelling to other countries gives you the chance to see numerous number of masajid and not just that but the universality of Islam in full blossom. What makes you fall in love is how encompassing Islam is. There are no set rules for a masjid design. We get to see so many masajid of various types, each with a unique blend of the local tradition, culture as well as the famous masjid designs of the dome and minarets.

Walk inside the Masjid and its like you have found a new family. You have people you have never set eyes upon turn to helping you as if you were an actual brother. They give all the local tips and advices which are highly valuable in the long run which keeps you safe from being ripped off as a traveller. Some of the people in a masjid on our recent trip were good enough to even hook us up for a BBQ in 8 Degrees at midnight. Strength of Brotherhood in Islam just makes you fall in love with it all over again.

“Do they not look in the dominion of the heavens and the earth and all things that Allah has created, and that it may be that the end of their lives is near. In what message after this will they then believe?” [Surah Al A’raf, 185]

Travel makes the familiar unfamiliar to us and in doing so we come to better appreciate Allah’s creation. We become strangers and this makes us more dependent on Allah and we appreciate his plans more than ever. It's only then that we realize how the birds leave their nests looking for food and come back with a full stomach.  Throughout the Qur’an, Allah tells us to reflect on what has been created on earth and in the heavens.

Travel gives you that window to look out of your daily routine and takes you out of your comfort zone and forces you to ask questions about who you are, why you are and what you are. So many myths and beliefs are shattered when you set out and see the world with your own eyes. Media is not what you would like to believe it is. Experiencing things on your own has its own charm.

You not only see with your eyes but feel it deep down, how lucky you are. When you are away from your family, you realize the importance of family, the constant care and love of our mothers and the guidance from our fathers. We get to see the living conditions of other people and we should thank Allah that he has given us such blessings and not tested us with things as he has tested some of our brothers.

“Verily! In the creation of the heavens and the earth, and in the alternation of night and day, there are indeed signs for men of understanding. Those who remember Allah (always, and in prayers) standing, sitting, and lying down on their sides, and think deeply about the creation of the heavens and the earth, (saying): “Our Lord! You have not created (all) this without purpose, glory to You! (Exalted be You above all that they associate with You as partners). Give us salvation from the torment of the Fire”. [Surah Ale Imran, 190-191]

Its only when you get out of those closed 4 walls and get back into nature that you are fully hit by the immense beauty of the creation of Allah. Sitting beside a waterfall, seeing the floral reefs and the aquatic life up close will make you lose counts of the colours in a pallet. Hike up a mountain and lying at the very top gaze below seeing the mightiness of the mountain you have just conquered but then you raise your gaze up high and you are lost amongst the millions of stars shining down on you and you realize just how insignificant you and your worries are. Despite ALL this, The Creator of ALL has taken time to listen to us and made us the best of his creation. Its at times like these that we truly fall in love with Our Rabb, Allah again.

Travel now before old age, responsibilities and money weighs you down. Money and responsibilities will come and go, but youth will not come again. Embrace the experience of having an open mind and the want to explore and you will never be bored.

Ya Allah grant us the ablity to marvel at you creation with a marvel which it deserves.

Ya Rahman, make us not of those who fall into  “…They have eyes with which they do not see…”