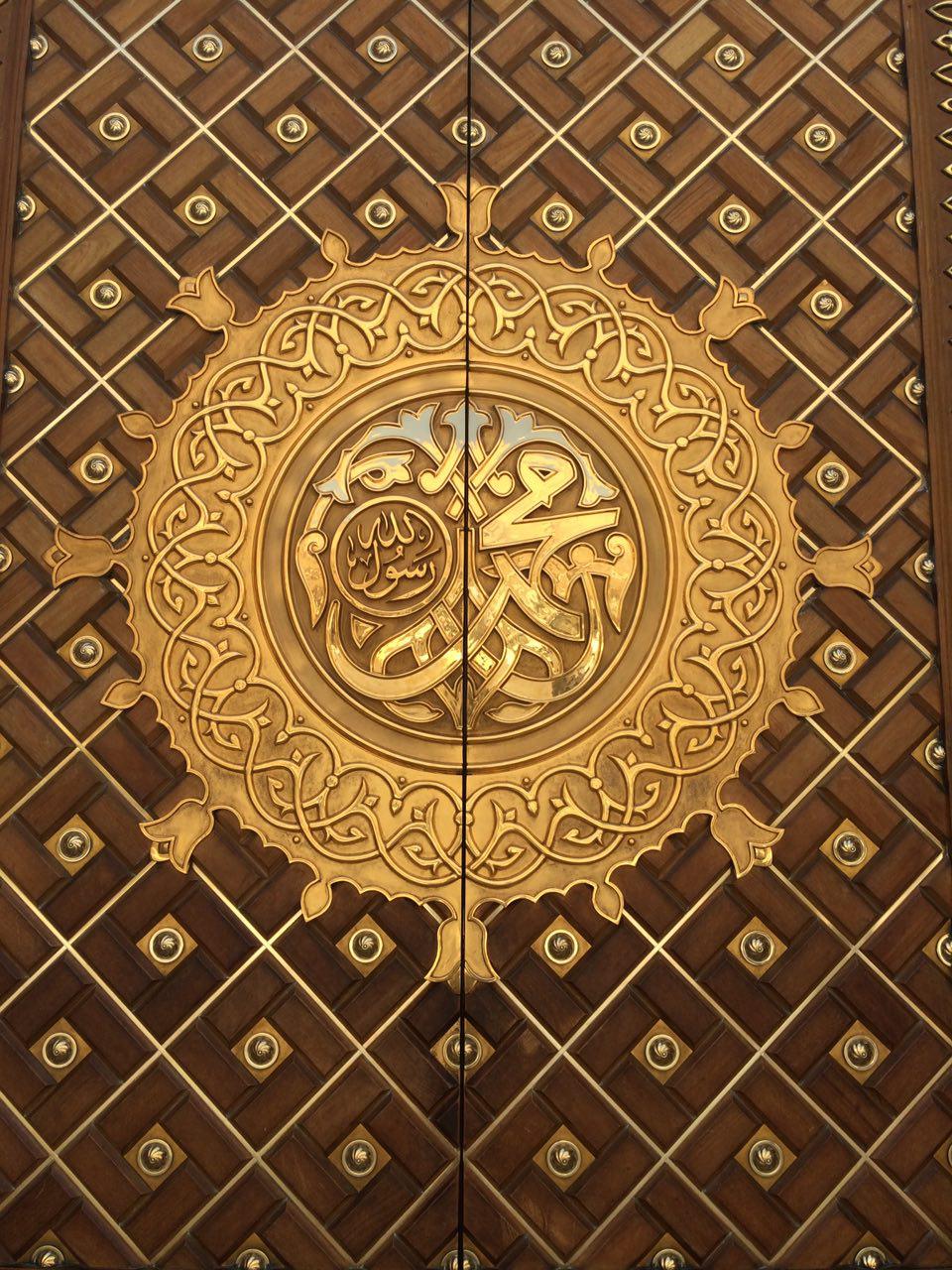 Is not the Quran Enough?

“Is not the Quran enough for guidance?”
An innocent question but plump with sinister fillings. Today we are seeing again a rise of those who reject the Hadiths of the Prophet and claim to only follow the Quran directly. Why? Because when you remove the Sunnah, you are basically removing the entirety of the Shariah. The Sunnah is the key through which you open the door of the Quran. Without that you can only speculate what’s inside and nothing more than that. We’ll let the Quran itself answer the above-mentioned question.

But before even going to the Quran, tell me this – Does the Quran specify that it was revealed upon someone called Muhammad? Does it tell us who this man receiving the revelation from most High was? Was he a pure Arab or a migrant Jew? Is it the same Muhammad who rests in Madinah or was it someone else? How do you KNOW?

Allah says in the Quran:

“Nor does he speak of (his own) desire.
It is only a Revelation revealed” [Surah al-Najm, Ayat 3-4]

In another place Allah says:

“And We have also sent down unto you (O Muhammad صلىالله عليه وسلم) the Dhikr [reminder and the advice (i.e. the Qur’aan)], that you may explain clearly to men what is sent down to them, and that they may give thought” [Surah al-Nahl, Ayah 44].

Allah makes 3 promises here in the Quran:
1. Allah will collect or preserve the Quran.
2. Allah will see to it that it is properly recited.
3. Allah will explain or clarify it.
What other explanation of the Quran is there but the Sunnah of the Messenger ﷺ upon whom the Message was revealed.

Allah commands us in Surah Muhammad:

O you who have believed, Obey Allah and Obey the Messenger and do not invalidate your deeds. [Surah Muhammad, Ayah 33]

Allah didn’t say ‘Obey Allah and His Messenger ﷺ’, rather Allah puts more emphasis by saying ‘Obey Allah AND Obey the Messenger ﷺ.’ The last part of the ayah is very clear in terms of the result for those who reject or miss out on either of them.

Lets say even this isn’t clear and can be ambiguous for some. Allah further commands us:

He who Obeys the Messenger has Obeyed Allah ; but those who turn away – We have not sent you over them as a guardian. [Surah an-Nisa, Ayah 80]

And whatever the Messenger has given you – take; and what he has forbidden you – refrain from. And fear Allah ; indeed, Allah is severe in penalty. [Surah al-Hashr, Ayah 7]

Certainly did Allah confer [great] favor upon the believers when He sent among them a Messenger from themselves, reciting to them His verses and purifying them and teaching them the Book and wisdom, although they had been before in manifest error. [Surah Aal Imran, Ayah 164]

We can keep finding many many more ayat in the Quran which give authority and talk about the Sunnah of the Prophet ﷺ. For those looking for the truth this should suffice to force them to think and research the loopholes of what they believe in.

It was narrated from al-Miqdaam ibn Ma’di Yakrib رضي الله عنه that the Messenger of Allah ﷺ said:
“Verily I have been given the Quran and something similar to it along with it. But soon there will be a time when a man will be reclining on his couch with a full stomach, and he will say, ‘You should adhere to this Quran: what you find that it says is permissible, take it as permissible, and what you find it says is forbidden, take it as forbidden.’ But indeed, whatever the Messenger of Allah ﷺ forbids is like what Allah forbids.” [al-Tirmidhi]

When to pray, how to pray, what to recite when praying, where do we get all this from?
The Quran doesn’t give us details on the exact places of Hajj, how to do it and even when to do it. So can we do Hajj in the Vatican then? So much more can be said on this.

Even for those who quote the ayah of the Quran where Allah proclaims:

This day I have perfected for you your religion and completed My favor upon you and have approved for you Islam as religion. [Surah al-Ma’idah, Ayah 3]

Imam Ahmed رحمه الله in his Musnad records a hadith where the Prophet ﷺ forbade writing down his words but the very same Imam went on to collect around 40,000 ahadith. Strange isn’t it? Not really. If we actually read the narration then the Prophet ﷺ told them not to write it down at the time, but spread it orally. Had it been prohibited, He would have closed all means by prohibiting both the written and the oral transmission of the Sunnah. There are 2 other reports that speak of this prohibition but both are weak in status.
This was, if we see the Prophetic timeline at the very start of the Madinan period. The Prophet ﷺ later allowed this down the line once the Quran had been established in the hearts of the people.

To say that ahadith began being documented two hundred years after the Prophet ﷺ are plain ignorant. Can those who doubt such explain why the likes of Abu Bakr, Ali Ibn Abi Talib, Abu Hurairah, Abdullah Ibn Amr and Anas Ibn Malik etc رضي الله عنهم had their own collections of the Prophet’s ahadith writeen down.

Sheikh Mustafa al-Azami رحمه الله, has destroyed this argument in his PhD thesis in Cambridge by tracing nearly 52 prominent sahaba who wrote down ahadith in the life of the Prophet ﷺ.
The Prophet ﷺ himself dictated ahadith to his scribes. He gave Muadh Ibn Jabal a document containing rules regarding Zakah and Charity when He sent him to Yemen. The letters of the Prophet ﷺ are famous and well known to even continue going down this line any more.

Be it written or be it in oral transmission – we have both the Quran and Sunnah preserved with its chain of narration. The Quran and its different modes of recitation like Hafs etc each has its own chain tracing it back to the Prophet ﷺ. Likewise with the Sunnah. Our teacher Sheikh Ibrahm Nuhu حفظه الله, before even being admitted into the Islamic University of Madinah had memorized the Quran and 300 ahadith with their complete chain of narrators. What then about the great scholars of the past who were known for their memory?

Touching upon the detailed and legendary Sciences of Hadith that our 1400 years of scholarship has built to authenticate the words of the Prophet ﷺ would go over the heads of those who reject the Prophet’s ﷺ Sunnah.
Before even going there, let them answer the ayat of the Quran and then we can talk about the hadith which they quote to support their case. Oxymoronic isn’t it? Quoting something as proof in your argument which you yourself don’t consider as proof.

A Mutawatir hadith is considered to be the strongest in terms of the Science of Ahadith. Mutawatir (مُتَواتِر meaning successive). A successive narration is one conveyed by narrators in such large numbers at all levels of the chain of narrators all the way back to the source that it’s impossible that they all agreed to come together to agree to lie.

Question that now arises is that if you reject ahadith since it was narrated by humans and they could err, then where do you think the Quran came from? Allah didn’t reveal the Quran in the form of a book but as a speech which was preserved on the tongues and in the hearts of the sahaba. How has this Quran which you want to follow alone reached you if not through the very sahaba that you reject?
To summarize we can say that the Quran is a mutawatir hadith itself.

The Sunnah cannot be rejected, without rejecting the Quran along-with it as they both go hand in hand.

Quran is the most Mutawattir Hadith and The Sunnah is also a Wahiy (revelation) from Allah, The Most High.