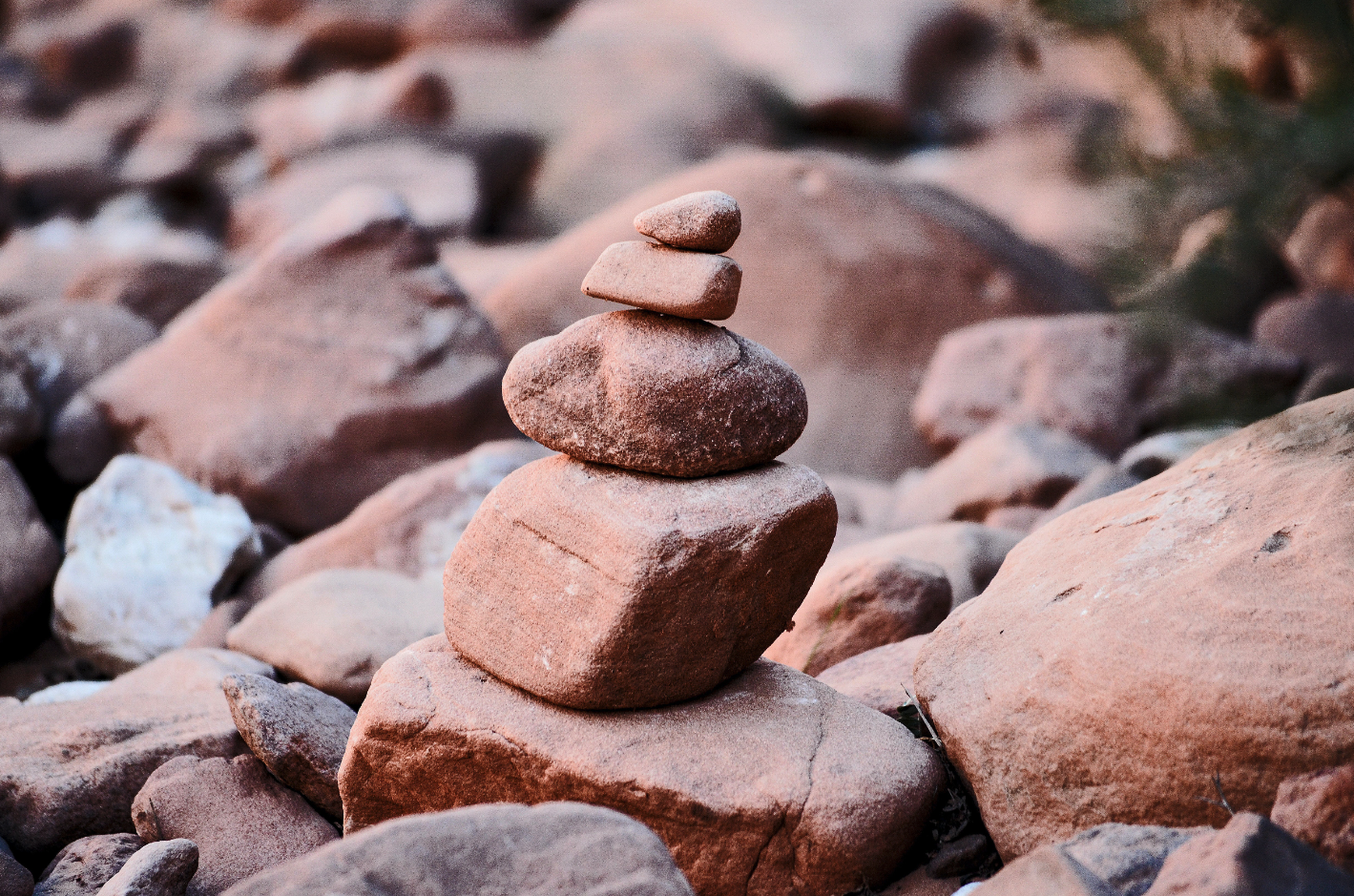 How would you define “balance”? Naturally, every country, religion, sect, individual would have a different definition. But talking about Islam, Islam is a very balanced religion. Why? Because Allah سبحانه و تعالى says that it is. He gives us examples as to why it is so. We obviously cannot question Allah سبحانه و تعالى.

“Thus We have made you a just (and the best) nation.” [Surah Al Baqarah]

When defining balance, we need to acknowledge the fact that not all Muslims are true Muslims. Prophet Muhammad صلى الله عليه وسلم said; “The Ummah will be divided into 73 sects/ divisions and all of them will be in hell except one.” Now, the question arises which sect are we in? How will we know? The Prophet صلى الله عليه وسلم did give us a clue regarding this, he said; “They are the majority.” But what is majority? Is it merely a large number of people? Is majority measured in quality or quantity? Ibn Masud رضي الله عنه said, in defining majority that majority is what coincides with the truth even if you are alone. This shows that numbers don’t really matter, what matters is the quality

“But the one who was freed and remembered after a time said, I will inform you of its interpretation, so send me forth.” [Surah Yusuf]

Religion can also be used to define “Ummah”. The last meaning of Ummah is nation.

"He found there a crowd of people watering (their flocks).” [Surah Al Qasas]

If we were to focus on Islam, the religion and not at the people who practice it, not even a single non-Muslim would reject it. But the way that Muslims practice Islam is not in its true essence. Islam addresses the soul and the body. Those who serve their soul, they will be elevated to the ranks of angels and those who neglect their soul and the purity of heart, they will be close to animals. People who strive hard to serve their body are lustful. They are close to animals as they take off their clothes to go hand in hand with “fashion”. There is growing need to actually find a balance between the heart and the body.

What Really Is Balance?

Amr Ibn Al Aas رضي الله عنه  embraced Islam very late, around the time of Fateh Makkah. He was a very strong disbeliever and became one of the wisest men of Arabia. Abdullah Ibn Amr Ibn Aas رضي الله عنه , his son, was one of the best narrator of hadith. When he reached of age, his father got him married to a woman of great lineage. He visited the couple after the marriage and was informed that Abdullah was a perfect Muslim. He would spend his days fasting and his nights in prayer. Hearing this, Amr Ibn Aas went to the Prophet صلى الله عليه وسلم, who then called Abdullah. He asked him how many times he fasts in a month. The answer was, “All the days.” The Prophet صلى الله عليه وسلم then told him to fast three, seven or fifteen days every month and not a day more. And regarding the recitation of the Qur’an, finish the Qur’an once a month, or within fifteen days, seven days or three days. Not less than three days.

The Prophet Muhammad صلى الله عليه وسلم also gave us some valuable advice that should be imprinted in our minds,

There is always an imbalance in our lives. If we learn to balance, we would be the happiest people in the world because we would be able to satisfy every aspect of our lives. Some religions require you to become a monk, or give up on all worldly things whereas some religions preach that everything you do is okay. We need to find a middle ground and neglect both the extremes.

Allah tells us, “(They are) those who have been evicted from their homes without right - only because they say, "Our Lord is Allah." And were it not that Allah checks the people, some by means of others, there would have been demolished monasteries, churches, synagogues, and mosques in which the name of Allah is much mentioned. And Allah will surely support those who support Him. Indeed, Allah is Powerful and Exalted in Might” [Surah Al Hajj].

We all want to go to Jannah and we must work hard for it, but without neglecting this world. Allah سبحانه و تعالى has given us certain guideline that we must abide by in this life to prepare for a beautiful Hereafter.

Islam is a religion that is suitable for every generation and location. It is suitable for all times. Islam has not changed and will never change because it comes from Allah. There is certainty in Islam, no room for doubt. Umar Ibn Al-Khattab رضي الله عنه was walking, and someone was cleaning their house. Some of that water fell on him. He immediately asked the owner of the house if the water was pure. The Prophet Muhammad صلى الله عليه وسلم ordered the owner not to tell him. This was done to leave no room for doubt. If there is any doubt then we must automatically assume that it is pure. Satan knows exactly how we think and takes advantage of the imbalances. If you are extreme in your religion, Satan makes you doubt everything about your actions.

Sheikh Assim Al-Hakeem gives an example of a man making wudhu. He was washing all of himself. After he was done, he went into the masjid and made the takbeer and then immediately broke his niyyah. He did this several times and then left the masjid to make wudhu again. He continued doing this numerous times. This is actually an illness, it is the Satan playing tricks with his mind. There are extremist people like these and then there are people who don’t care at all. These people are the easiest to go into sin. Satan manipulates us because we are far from the Qur’an and Sunnah.

We also compare Aqeedah matters, i.e. fear and hope. We must always have love for Allah سبحانه و تعالى. There are people who say that they don’t love Allah. Such people are merely stupid as they are unable to see the blessings bestowed upon them by Allah سبحانه و تعالى. The love for Allah is like a bird’s head and fear of Allah’s Hellfire and hope in Allah’s Paradise are the wings of that bird. You have to have balance between the two if you want to have a happy balanced life. Umar رضي الله عنه once said, if someone from hell said that all people are in hell except one, he would hope that he was the one. This is hope. And if someone called from paradise and said that everyone on Earth is in paradise, save for one then he would fear that he was the one.

Muslims must have balance in their lives. There are extremists who do not represent Islam. Prophet Muhammad صلى الله عليه وسلم said that these extremists are like the hounds of hell because they attack Muslims on Earth. Then, on the other hand, there are liberals, these people only carry the tag of Islam. They undermine Islam and don’t necessarily follow the five pillars of Islam. These people are then hypocrites (Munafiqun). They claim to be Muslims but aren’t really Muslims. Islam is the middle path that we must take.

There are people who say that they don’t follow any school of thought (Madhab). Then there are others who say that anyone who doesn’t follow Hanafi is a kafir. Both of these paths are extreme. The middle path is following the Qur’an and Sunnah and also have an understanding of the four madzhab.

Islam is an easygoing religion. Easiness and kindness are the characteristics of people who are balanced. Part of the balance is not to kill yourself. For example, when someone is unwell and if he fasts, his condition would deteriorate then it is prohibited for him to fast. There must also be a balance in expenditure. Don’t give up everything so that you end up with nothing and also don’t be miserly. Follow the middle path.

When Abu Dhar رضي الله عنه, one of the oldest companions of the Prophet told Bilal رضي الله عنه that his mother was black. And he said this to discredit Bilal. When the Prophet صلى الله عليه وسلم hard of this, he said that Abu Dhar is a man of ignorance and arrogance. In Sahih Muslim it is narrated that there was a man who eating with his left hand and when the Prophet صلى الله عليه وسلم told him to eat with his right hand instead, the man said that he can’t. The prophet Muhammad صلى الله عليه وسلم said, “May Allah never let you able to.” The man was paralyzed and was unable to move his right hand. He was not ignorant but rather arrogant.

Part of balance is to go against what our soul desires and it is against the Shariah. For example, when we love someone, that person is not flawed and when we hate someone, they have nothing good in them. When someone does something wrong to you, in Islam, you can either pardon them or do the same thing but it is best if you pardon them. You must know how to balance your emotions to be a good Muslim. Don’t ever jump to conclusions without knowing the entire story.

In conclusion, how do we know the right way to get balance? The answer is very simple. To know your Qur’an very well. To learn the Sunnah. To read and learn the Seerah. When you know the Seerah, you have dignity and pride. You also understand how to do things. You can always reflect and ask yourself if the prophet ever did this. Always have patience and think before you act.

Is balance a choice that we have to make? No. It is our destiny. To be a Muslim, you must be balanced.