Forgoing medical treatment is superior as it is closer to having utmost reliance on Allah. The more a person relies on something, the more there is some deficiency in their tawakkul. Imam al-Mardawi in al-Insaf states that some of the Hanabila consider seeking treatment to be better or even obligatory in general or when one is confident of its efficacy. Narrated Ibn Abbas: Allah’s Messenger ﷺ said,

“Seventy thousand people of my followers will enter Paradise without accounts, and they are those who do not practice Ar-Ruqya and do not see an evil omen in things, and put their trust in their Lord. [Bukhari]

The point to focus is that they do not practice it. If it is done then there is of-course no harm in it. The Hanabila explicitly say that taking medication is permissible. A second strong position in the madhab states that even though taking medication isn’t obligatory it is preferred to do so. This was the position adopted by Qadhi Abu Ya’la, Imam Abul Wafa Ibn Aqeel and Imam Ibn al-Jawzi among others. Not taking medication because of misunderstanding this hadith and putting one’s life in jeopardy is wrong.

It was narrated from Abu Hurairah that the Messenger of Allah ﷺ said:
مَا أَنْزَلَ اللَّهُ دَاءً إِلاَّ أَنْزَلَ لَهُ شِفَاءً
“There is no disease that Allah has created, except that He also has created its treatment.” [Bukhari]
In another narration, Usama ibn Sharik said, “I was with the Prophet ﷺ when some bedouins came. There were many people on all sides. The people were silent and no one spoke except them. They said, ‘Messenger of Allah! We experience difficulty in such-and-such and such-and-such’ and it was in things which are not harmful to people. He said,
يَا عِبَادَ اللهِ، وَضَعَ اللَّهُ الْحَرَجَ، إِلاَّ امْرَءًا اقْتَرَضَ امْرَءًا ظُلْمًا فَذَاكَ الَّذِي حَرِجَ وَهَلَكَ
‘Servants of Allah! Allah has removed difficulty except in a case where a man slanders someone unjustly – that is the one who is in difficulty and destroyed.’
They said, ‘Messenger of Allah, can we make use of medical treatment?’
نَعَمْ يَا عِبَادَ اللهِ تَدَاوَوْا، فَإِنَّ اللَّهَ عَزَّ وَجَلَّ لَمْ يَضَعْ دَاءً إِلاَّ وَضَعَ لَهُ شِفَاءً، غَيْرَ دَاءٍ وَاحِدٍ
He replied, ‘Yes, servants of Allah! You can make use of medical treatment. Allah Almighty did not create an illness but that He made a cure for it – except for one disease.’
They asked, ‘And what is that, Messenger of Allah?’  الْهَرَمُ ‘Old age,’ he replied.
They said, ‘Messenger of Allah, what is the best thing that a man can be given?’
خُلُقٌ حَسَنٌ ‘Good character,’ he replied.'” [al-Adab al-Mufrad]
From a Fiqh perspective, the ruling on seeking medical aid is permissible and something that is recommended.
.

It is recommended to prepare for death; to frequently remember it; to visit sick Muslims who are not innovators, and to remind them to repent and to make a will.

One should prepare for death. The last thing we want is to stand on the Day of Judgement having lost everything. To let go of the Akhirah for a small amount of the Dunya is far from wise and highly foolish.
A person should increase in the remembrance of Allah. Abu Hurairah narrated that the Messenger of Allah ﷺ said:
أَكْثِرُوا ذِكْرَ هَاذِمِ اللَّذَّاتِ
“Increase in remembrance of the destroyer of pleasures.” Meaning death. [Tirmidhi]
It is recommended to visit a Muslim who is not an innovator, keeping in mind the proper etiquette, which to a large extent is a forgotten Sunnah. It needs to be highlighted that the Salaf referred to an innovator as the one with innovation in their Aqeedah, like the Rafidah or those who reject the Sunnah and not branches. The visitation all goes back to the maslaha aka the case at hand. If the visit can increase the benefit and reduce the harm in visiting the innovator, then it is recommended and this is a position taught by Sheikh Abdur Rahman as-Sa’di. But if there is more harm, then it is better to avoid.
Abu Hurairah reported: Messenger of Allah ﷺ said,
“‏حق المسلم على المسلم خمس‏:‏ رد السلام، وعيادة المريض، واتباع الجنائز وإجابة الدعوة، وتشميت العاطس
“A believer owes another believer five rights: responding to greetings, visiting him in illness, following his funeral, accepting his invitation, and saying ‘Yarhamuk-Allah (May Allah have mercy on you),’ when he says ‘Alhamdulillah (Praise be to Allah)’ after sneezing”. [Agreed Upon]
When visiting the sick it is recommended to remind them to repent to Allah and prepare a will.
Abdullah bin ‘Umar reported: Messenger of Allah ﷺ said,
ما حق امرئ مسلم ، له شئ يوصي فيه ، يبيت ليلتين إلا ووصيته مكتوبة عنده
“It is the duty of a Muslim who has something which is to be given as a bequest not to have it for two nights without executing a written will.” [Agreed Upon]
.

If death is about to approach a person then it is recommended to keep the throat and lips of the person moist. This is to provide coolness and calmness for the person and to make it easy to say the shahadah. تَلْقِينُ is to remind someone to recite the testimony of faith.
Abu Saeed al-Khudri reported: The Messenger of Allah ﷺ said,
لقنوا موتاكم لا إله إلا الله
“Exhort your dying men to recite: `لاَ إِلَهَ إِلاَّ اللَّه’  (There is no true god except Allah).” [Muslim].
The deceased here is interpreted in two ways. One is the one who is about to die and the other is the one who has died and is starting to get questioned. Both are acceptable. It is permissible to just say `لاَ إِلَهَ إِلاَّ اللَّه’  in their presence as it will remind them to say it too. Why is this important?  Muadh bin Jabal reported: The Messenger of Allah ﷺ said,
‏من كان آخر كلامه لا إله إلا الله دخل الجنة
“He whose last words are: `لاَ إِلَهَ إِلاَّ اللَّه’ will enter Jannah.” [Abu Dawud].
Jabir bin `Abdullah narrated that the Messenger of Allah ﷺ said:
أَفْضَلُ الذِّكْرِ لاَ إِلَهَ إِلاَّ اللَّهُ وَأَفْضَلُ الدُّعَاءِ الْحَمْدُ لِلَّهِ
“The best remembrance is: ‘there is none worthy of worship except Allah and the best supplication is: ‘All praise is due to Allah.’” [Jami’ at-Tirmidhi] If this becomes a practice upon the tongue, then when it really matters as death approaches, this dhikr will be easy upon the tongue.
One should not force the person excessively to recite the testimony of faith more than three times as it will make it even more difficult upon the person in their sensitive state. The general attitude taught by the Prophet ﷺ is one of gentleness. But if the person does reply, then the conversation can be continued and the person can be reminded again later.
Abu Abd Allah Muhammad ibn Muslim ibn Warah al-Razi said: I and Abu Hatim Muhammad ibn Idris al-Razi were present with Abu Zur’a al-Razi at the time of his death, so I said to Abu Hatim: “Come, let us remind him to say the shahada.” Abu Hatim said, “I would be ashamed before Abu Zur’a to remind him of the shahada; but come, let us recall the hadith, perhaps when he hears it he will say it.” I started and said: Muhammad ibn Bashshar told us: Abu `Asim al-Nabil told us: from `Abd al-Hamid ibn Ja`far – then I got confused about the hadith as if I never heard it or read it.
So Abu Hatim started and said: Muhammad ibn Bashshar told us: Abu `Asim al-Nabil told us: from `Abd al-Hamid ibn Ja`far – then he too got confused as if he never read it or heard it before.
Then Abu Zur’a, may Allah be pleased with him, spoke and said: Muhammad ibn Bashshar told us: Abu `Asim al-Nabil told us: Abd al-Hamid ibn Ja`far told us: from Salih ibn Abi Urayb: from Kathir ibn Murrah: from Mu’adh ibn Jabal, may Allah be pleased with him, he said: the Messenger of Allah, may Allah bless him and give him peace, said: “Whoever speaks as his last words: La ilaha illallah” – then Abu Zur’a’s spirit came out with the letter ha’ (the last letter of the word Allah) before he could say “he will enter Paradise.” That was in the year 262 AH. These were the people of Allah.
It is recommended to recite Surah al-Fatiha and Surah Ya-Sin [Q36] next to the person and to turn his face towards the qiblah. Narrated Ma’qil ibn Yasar: The Prophet ﷺ said:
اقْرَءُوا يس‏ عَلَى مَوْتَاكُمْ
Recite Surah Ya-Sin over your dying men. [Sunan Abi Dawud] Even though this narration is weak, scholars recommend it as Quran is dhikr, shifa and ruqyah.
.

It is recommended that once the person passes away that their eyes and mouth are closed. The person’s joints are softened so that it is easy to wash him later and to cover him with a white sheet and the clothes are removed. Place some sort of metal on the stomach so that it doesn’t get bloated. It is recommended to place the person on the bed where he is to be washed and placed in such a manner such that his right side faces the qiblah. The Prophet said that,
الْبَيْتِ الْحَرَامِ قِبْلَتِكُمْ أَحْيَاءً وَأَمْوَاتًا
‘your qiblah (direction of prayer), in your life and after death.’ [Sunan Abi Dawud] This is is it is possible and easy.
The head is slightly up and higher than his legs so that it is easy to wash. It is recommended to rush in washing, shrouding and preparing for the burial. It is compulsory to fulfill the will of the deceased person as quickly as possible. The Madhab recommends that the fulfillment of the will is recommended. Though it is wajib to pay of any debts if any.
Abu Hurairah reported: The Prophet ﷺ said,
‏نفس المؤمن معلقة بدينه حتي يقضي عنه
“The soul of the deceased believer remains pending on account of the debt till it (the debt) is repayed.” [Jami’ at-Tirmidhi].
Narrated Salama bin Al-Akwa: A dead person was brought to the Prophet ﷺ so that he might lead the funeral prayer for him. He asked, “Is he in debt?” When the people replied in the negative, he led the funeral prayer. Another dead person was brought and he asked, “Is he in debt?” They said, “Yes.” He (refused to lead the prayer and) said, “Lead the prayer of your friend.” Abu Qatada said, “O Allah’s Messenger (ﷺ)! I undertake to pay his debt.” Allah’s Messenger (ﷺ) then led his funeral prayer. [Bukhari]
.
Based on the Hanbali primer, Akhsar Al-Mukhtasarat authored by Ibn Balban al-Hanbali as taught by Sheikh Zahed Fettah حفظه الله
No items found.
More Articles 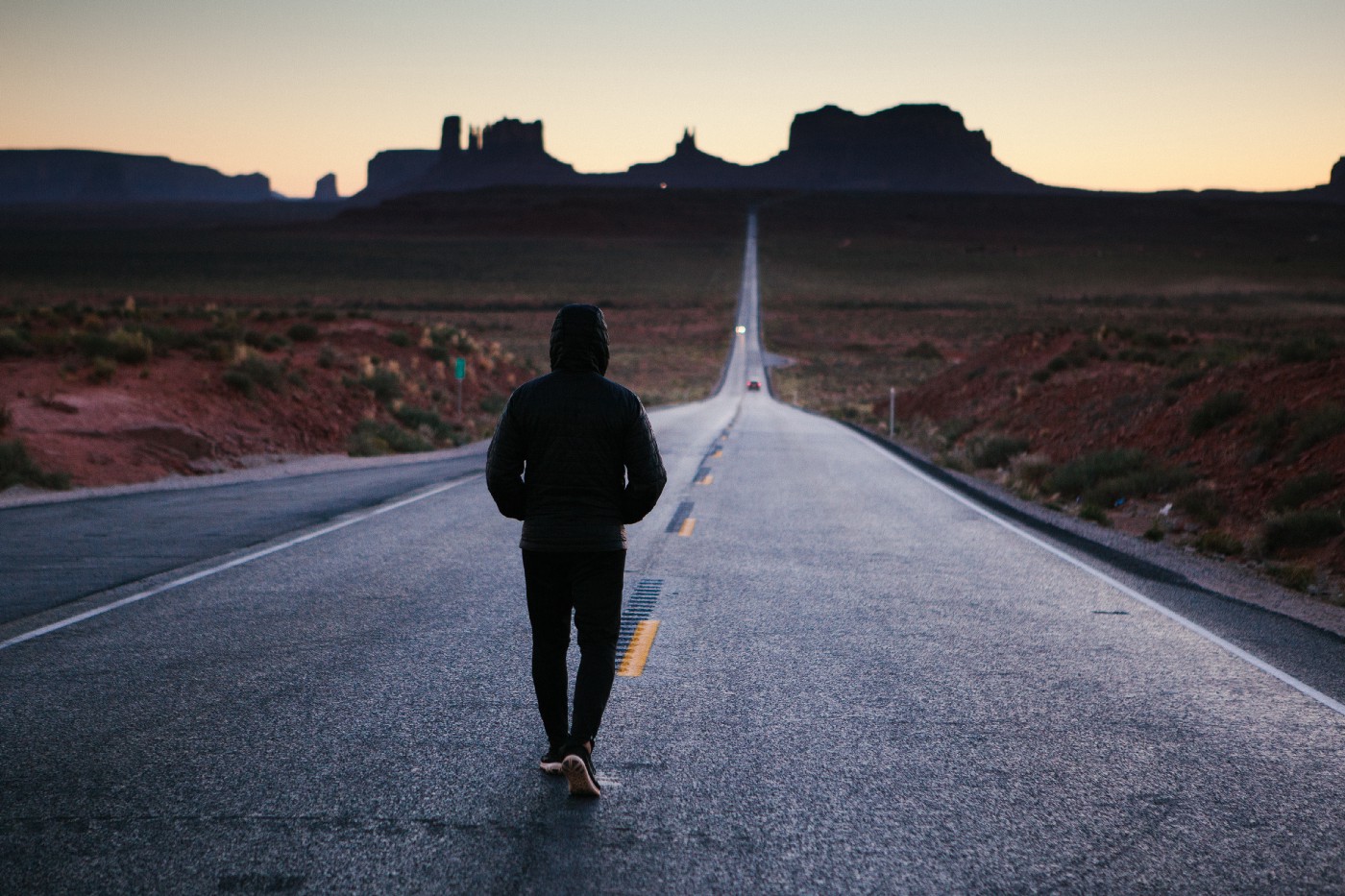