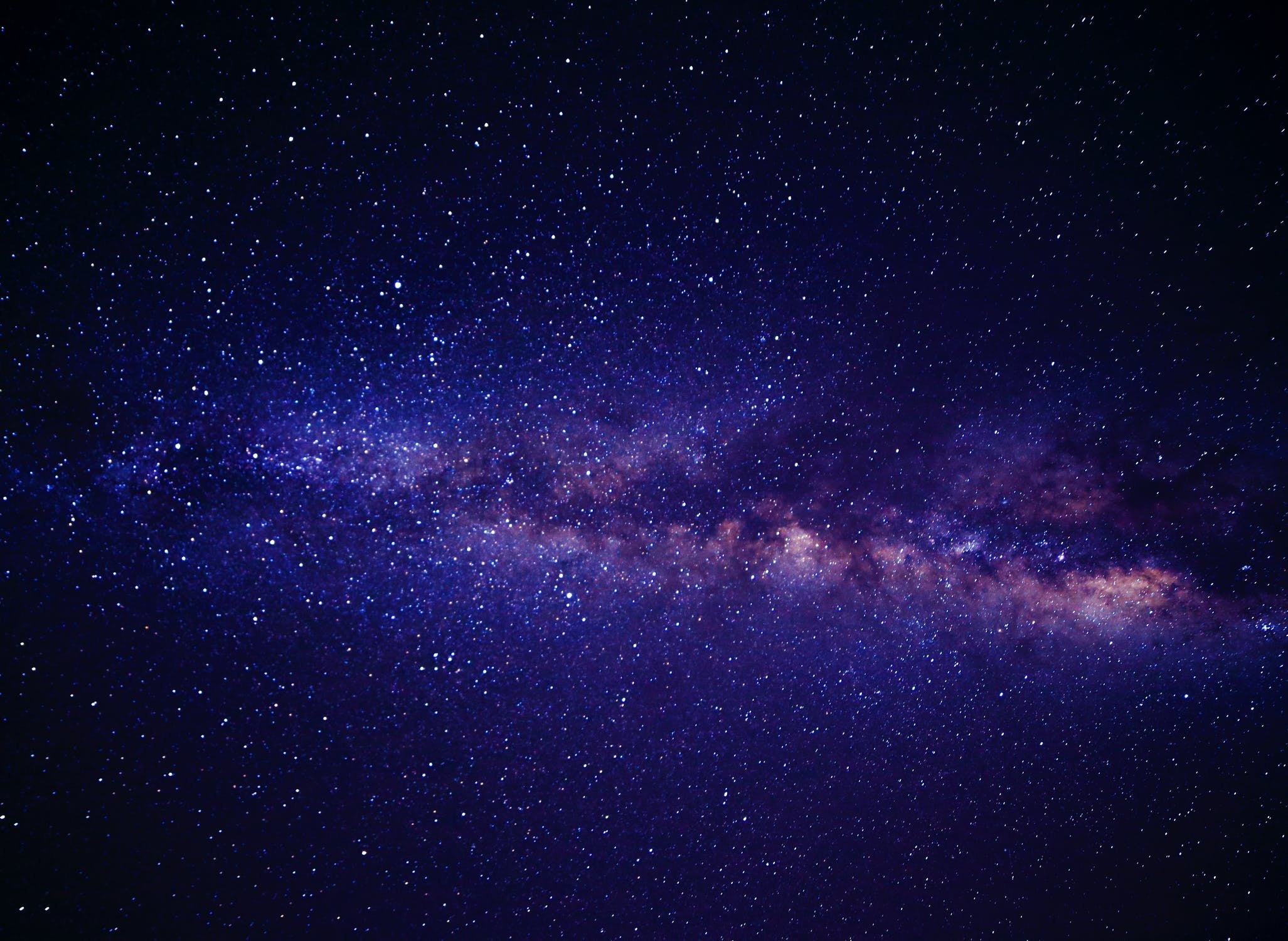 A Ring in the Desert

Ever taken a moment out from your strenuous day to day life and just laid back under the wide canopy of the sky and gazed endlessly counting the stars? Wondering just what is hidden behind those stars or how vast the world out there is.

We shall show them Our signs on the horizons and within themselves until it will be manifest to them that it is the Truth. Does your Lord not suffice, since He is Witness over all things? How! Are they still in doubt about the meeting with their Lord? Is not He surrounding all things? [Surah Fussilat]

Our Earth so vast and majestic with the mountains adorning the skylines, travels through space like a huge spaceship. It orbits the Sun at 67,000 miles per hour/108,000 kilometres per hour (30 km/sec), that is about 60 times speed of bullet, imagine that. At the same time Earth and our solar system are moving at speed of  720,000 kilometres/hour (200km/sec). Spaceship Earth travels over 574 million miles/924 million kilometres every year. Feel blown away yet? No, then check out the Sun.

The Sun is big, when I say big I mean really big! It is about 106 times wider than the Earth, and about 1,300,000 Earths would fit inside the Sun. Light from the Sun takes only 8.3 minutes to reach the Earth.The distance of the Sun from Earth is 150,000,000 km. The Sun and Solar Systems are about 26,000 light years from the centre of our galaxy, the Milky Way. Stars are so far away that measuring their distance in kilometres or miles gives numbers too big to understand. Instead, we use light years. A light year is the distance travelled by light in one year 9,500,000,000,000 kilometres in a single year.Yup thats a lot of zeroes. But yes we know that above the skies is the heaven, not one but seven levels of it.

Narrated Al-Abbas ibn Abdul Muttalib رضي الله عنه, “The heaven which is above it is at a similar distance (going on till he counted seven heavens). Above the seventh heaven there is a sea, the distance between whose surface and bottom is like that between one heaven and the next… [Abu Dawud]

It was narrated that the Prophet صلى الله عليه وسلم told us about one of the angels who carries the ‘Arsh. He said that the distance between that angel’s ear lobe and his shoulder is equivalent to a seven hundred year journey. [Abu Dawood]

Let’s not forget that when we see any stars with our own eyes, using a pair of binoculars or the use of powerful telescope in the world, it is just another star of the lowest heaven.

Our whole universe isn’t even within these heavens, we are in the dimensions of the Earths, can you even begin to comprehend the size of Allah’s throne? Subhan’ Allah.

Prophet Muhammad صلى الله عليه وسلم has given us an example from a hadith just to give us a little bit of understanding with regards to the seven heavens in comparison to the Kursi of Allah. The seven heavens are no more in comparison to the Kursi (footstool) than a ring taken from your finger and thrown in a vast desert (the ring = 7 heavens and Kursi = desert). For a second just imagine you throw a ring in a Sahara desert. See the picture, how BIG it is…

Again the Kursi is no more in comparison to the ‘Arsh (Throne) than a ring taken from your finger and thrown in a vast desert (this time Kursi = ring and ‘Arsh = desert). So technically, Allah Almighty created seven heavens.
The lowest heaven compared to the second heaven, is like a small ring thrown into a desert.

The second heaven in comparison to the third, is like a small ring thrown into a desert.

The third heaven compared to the fourth, is like a small ring thrown into a desert.

The fourth heaven compared to the fifth, is like a small ring thrown into a desert.

The fifth heaven compared to the sixth, is like a small ring thrown into a desert.

The sixth heaven compared to the seventh, is like a small ring thrown into a desert.

The Prophet صلى الله عليه وسلم said, “The seven heavens are in relation to the Kursi like a ring thrown into a waterless desert. And the superiority of the ‘Arsh over the Kursi is like the superiority of the desert over that ring.” The Messenger of Allah SAW mentioned regarding the great throne of Allah Almighty, “…The ‘Arsh is over the water, and Allah is over the ‘Arsh, and He knows what you do.” The ‘Arsh is the greatest of all things that Allah has created, over which our Lord rose in a manner that befits His Majesty. When our whole universe is located in the lowest heaven, can you even begin to imagine the size of the Kursi? And if the Kursi extends over the entire universe then how much greater is the Arsh?

Many people wrongly believe that Kursi means Allah’s Throne. Imam Ibn Taimiyah, one of the most formidable imams in the Islamic world corrects this wrong notion. According to Imam Taimiyah Allah’s throne is known as Arsh. Commenting on verse 2:255 where this term (Kursi) is mentioned, he writes:

Literally a footstool or chair, and sometimes wrongly translated as Throne. The Kursi mentioned in this Verse should be distinguished from the ‘Arsh (Throne) mentioned elsewhere. Prophet Muhammad صلى الله عليه وسلم said, “The Kursi compared to the ‘Arsh is nothing but like a ring thrown out open upon a space of the desert.”

They are both immense, too immense that our mind will not comprehend. Humbling, isn’t it? Now, the question is how Big are you? How big are the things that upset you today? Take a moment and just imagine, actually just try to imagine the size of those heavens, the distance between them, the time taken to get across them YET you see that small fly buzzing around your head, urm take a shower, just kidding, Allah knows what is under the wing of that fly, what it will eat, he even knows when a single leaf falls out of the millions of trees that we have. Despite all this we disregard the majesty of Allah, All Majestic has just become a lose term on our tongues, do we feel how immense the power of Allah is, how insignificant in size are we to the creations of Allah yet HE is there more merciful to us than our own mothers and even more than we could have been to ourselves. When he has control over such a wide, expansive domain and yet the value of this dunya is next to nothing in the eyes of Allah how can we even pause to think that our problems, our sins are too big for Allah to forgive, Al Malikul Mulk, The King of Kings. We can eradicate all these zeroes from the distance and be close to Allah, how you ask? A believer is closest to Allah is sujood. What else can we ask for? See the delicate balance of the Universe and how the whole machinery run fine tuned and yet people have the audacity to say it all happened by chance, there is no God, but a screwdriver is an “intelligent beings desgin”.

And He it is Who spread the earth and made in it firm mountains and rivers, and of all fruits He has made in it two kinds; He makes the night cover the day; most surely there are signs in this for a people who reflect. – [Surah Ira’ad]

What amazes me the most is the level the legends of Islam had in the eyes of Allah: The Throne of Allah shook at the death of Sa’ad Ibn Mua’adh رضي الله عنه [Sahih Muslim] I can’t even comprehend that, its just WOW! May Allah give us the understanding of his deen as he gives to the ones whom he loves. May Allah keep us steadfast on the beautiful religion of Islam. May Allah help us emulate our beloved Prophet Muhammad صلى الله عليه وسلم in the test of this dunya and unite us with him and the righteous in Jannatul Firdous Al Alaa!