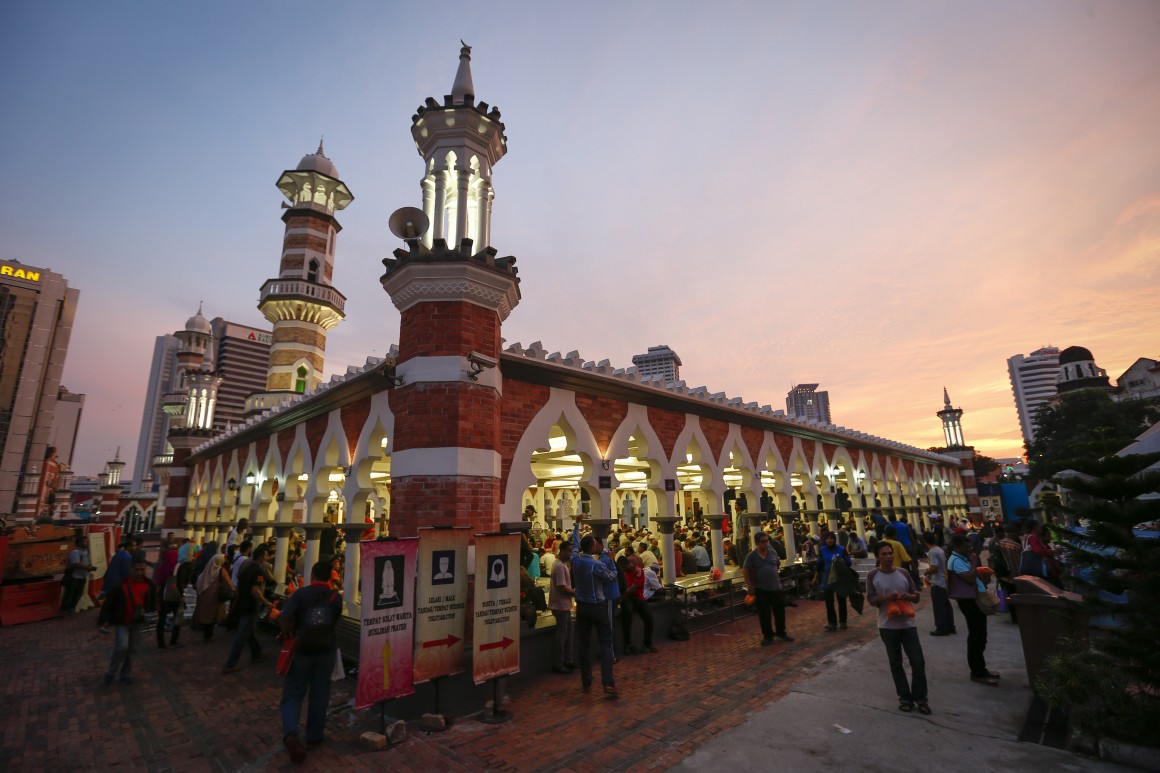 Even if the start of our Ramadan hasn’t been how we had hoped for, now is the time to change that.

Ibn Taymiyyah رحم الله said: “The lesson lies in perfection of the conclusion of a thing, not in the shortcomings of the beginning of it.”

Hasan al-Basri رحم الله said “Improve your performance in what is left (of time) and you will be forgiven for that which has already passed. So take special care of the time you have left because you do not know when your soul will be turned over to Allah’s Mercy.”

1. Intention – This is by far the best “hack” there is. We hear the famous hadith narrated everywhere.
Umar رضي الله عنه‎‎ reported that the Messenger of Allah ﷺ said, “Verily, deeds are only with intentions. Verily, every person will have only what they intended….” [Bukhari]
It is said that some of the salaf used to pause a bit in the market place before buying stuff just so that they could make their intention such that they get rewarded for it. No matter how small a deed, make an intention of doing it for the sake of Allah. Like if you enter the masjid, make the intention of doing itikaf. Having some deeds of Itikaf are better than having none.

2. Give charity no matter how small every day so if it coincides with the Night of Power it will by the will of Allah be equivalent to giving charity for a 1000 months and more. Some like students may not have money to give. Our Prophet ﷺ says that the best of charity is giving water to a person. We could fill bottles of water in bottles and give it out for people stuck in traffic during iftar. We intend to get the reward of both helping a fasting person break their fast as well as giving water to a thirsty person. All boils down to what you intend.
A major problem in the mindset of many of us is that we give our leftovers, the unwanted or that which is spoilt to charity. Nowadays the plight of refugees is very bad and its saddening to see that many of us give old tattered clothes and expired food for their brothers and sisters. This is contrary to the Sunnah. Our beloved Prophet ﷺ taught us an important principle to follow which states:
إِنَّ اللَّهَ طَيِّبٌ لَا يَقْبَلُ إِلَّا طَيِّبًا – Allah is pure and he accepts only what is pure.
How can we give something for the sake of Allah that we ourselves detest and think it will be accepted by Allah. Our mother Aisha was called Umm al-Teeb because she used to spray perfume on the money she donated. When asked why she did this, she explained that charity reaches Allah before the receiving person’s hand so she wanted it to smell nice.

3. Stay back after Fajr salah till 15 minutes after Ishraq (sunrise) remembering Allah and then pray 2 rakahs. Wallahi this doesn’t require much work or effort but look at the mercy of Allah for us. The rewards are just mind bogglingly huge. This is a time where we can increase in making Ishtighfar and making dua for our parents. We can show up 15 minutes earlier before the adhan and make sure we pray tahajjud along with the Witr so we can get the reward of praying such for 83 years or more.
Anas رضي الله عنه‎‎ said that the Messenger of Allah ﷺ said: “Whoever prays Fajr in congregation then sits remembering Allah until the sun rises, then prays two rak’ahs, will have a reward like that of Hajj and ‘Umrah.” He said: The Messenger of Allah ﷺ said: “In full, in full, in full.”  [Sahih At-Tirmidhi]
Scholars say that women can do the same in their houses and get the exact same reward. Still we have feminists asking for equality in Islam. AllahuMusta’an!
Abu Hurairah رضي الله عنه‎ narrated‎ that the Messenger of Allah ﷺ said: “The angels send blessings upon one of you so long as he is in his prayer-place where he offered his prayer, so long as he does not break his wudoo; they say: ‘O Allah forgive him, O Allah have mercy on him. [Sahih AlBukhari]

4. Reading Quran – Even if you can’t sit and read the Quran properly, keep reciting what you remember. Don’t put it off till when you are free. We don’t have the luxury of time to miss out on this chance. Every letter, not word but every letter gets 10 rewards. In the month of Ramadan rewards are multiplied even more.
RasulAllah ﷺ says: ”Whoever reads a letter from the Book of Allah will receive a hasanah (good deed) from it (i.e. his recitation), and the hasanah is multiplied by ten. I do not say that Alif-Laam-Meem is (considered as) a letter, rather Alif is a letter, Laam is a letter, and Meem is a letter.” [At-Tirmidhi]
It is important to note that your tongue should move while reciting and you should not recite in your mind as the rewards are for reciting it properly.

5. Increase in sending salawat upon the Prophet for Allah ﷺ.
We did not get to meet the Prophet ﷺ in this lifetime but we are told by the Prophet ﷺ that, “Allah has angels who go around on earth, conveying to me the salaam of my umah.” [Sunan AnNasai]. Not only will our salaam reach him but he ﷺ will return our salaam. Ya Salaam Ya Salaam!
Abu Hurairah رضي الله عنه‎‎ reported that the Messenger of Allah ﷺ said, “There is not one of you who sends his greetings upon me except that Allah returns the soul to my body (in the grave) and I return his greeting.” [Sunan Abu Dawood]
More importantly we have another narration which states, “Whoever supplicates Allah to exalt my mention (i.e., send salah), Allah will exalt his mention (i.e., send salah) ten times and remove from him ten sins and raise him ten degrees.” [Muslim] Imagine this in Ramadan or on the Night of Power where its multiplied such that doing the mental maths would make your head spin.

6. Keep your tongue moist by increasing in dhikr.
“men and women who remember Allah much: Allah has prepared forgiveness for them and an immense reward,” [Surah Al Ahzab, 35]
Abu Hurairah رضي الله عنه‎‎  reported: The Messenger of Allah ﷺ said, “There are two statements that are light for the tongue to remember, heavy in the Scales and are dear to the Merciful: `Subhan-Allahi wa bihamdihi, Subhan-Allahil-Azim [Glory be to Allah and His is the praise, (and) Allah, the Greatest is free from imperfection)’.” [Sahih Al Bukhari].
In other places it is reported that the best of dhikr is “LaIlahaIlallah”
This has got to be by far the easiest of deeds that we can do. We can do it while we are busy, standing, sitting, wherever we are and it doesn’t even require us to be in a state of ablution.

7. Pray Isha and Fajr in Jama’a (congregation) as it constitutes praying the whole night. It doesn’t need saying but we, especially the men should be praying all the five daily prayers in congregation in the masjid. But for those who are busy and cannot make it for the Ramadan Qiyam AlLayl which includes taraweeh and tahajjud etc even after trying, then this “hack” is a blessing indeed.
It is narrated from Uthman رضي الله عنه‎‎that the Messenger of Allah ﷺ said: “Whoever prays Isha in congregation, it is as if he spent half the night in prayer, and whoever prays Fajr in congregation, it is as if he spent the whole night in prayer.” [Sahih Muslim]

The remaining deeds are what I’d like to call sadaqa e jariya (continuous charity) deeds. We try doing them these 10 days looking for rewards but hopefully these deeds continue to reap rewards for us even after Ramadan ends.

8. Donate/Gift a Quran/beneficial books to various Masajid – Gifting beneficial books and Quran to the masajid and institutes can have great rewards. Every time someone reads them or benefits from them we can get the reward. Something as small as Fortress of the Muslim can also reap immense rewards.

9. Sponsor food for orphans – Narrations about the virtues of looking after and taking care of orphans fill up libraries worth of books. Iftar parties are galore in Ramadan. We could invite a few orphans over so that they also feel that sense of family in Ramadan. If that’s not possible then we can make sure that we can send food everyday. Its the quality that matters, not the quantity. Whats to keep in mind as I mentioned before is that this is a sadaqa e jariya deed. So our aim is not to just help in the 10 days but even after that. Inviting them to your place could open the heart of someone to adopt or even sponsor the education of some of the orphans.

10. Serving parents – This is a no brainer and is something we should be doing without fail irrespective of Ramadan or not. The point here is to increase in servitude to them in the last  10 days. Bring them water, massage their feet at the end of the day after taraweeh and ask them to make dua for you. Throughout the Quran we see that obedience to Allah is immediately followed by doing good and obedience to parents. This shows their high station. Imagine on the day of judgement finding your book of deeds filled with 1000 months plus worth of servitude to your parents. They are a door to Jannah in this world. Do the most of it while you can, many others are not that lucky.
Some might be living away from their parents. They can call them up and lift their spirits, make them laugh, share some beneficial information with them, send gifts, help with work over the Internet or in whatever capacity they can to make their parents happy.

This does NOT however mean that we do deeds in these 10 nights hoping to get the reward for 83 years worth of worship or more and then do nothing for 83 years. That’s NOT how this works.