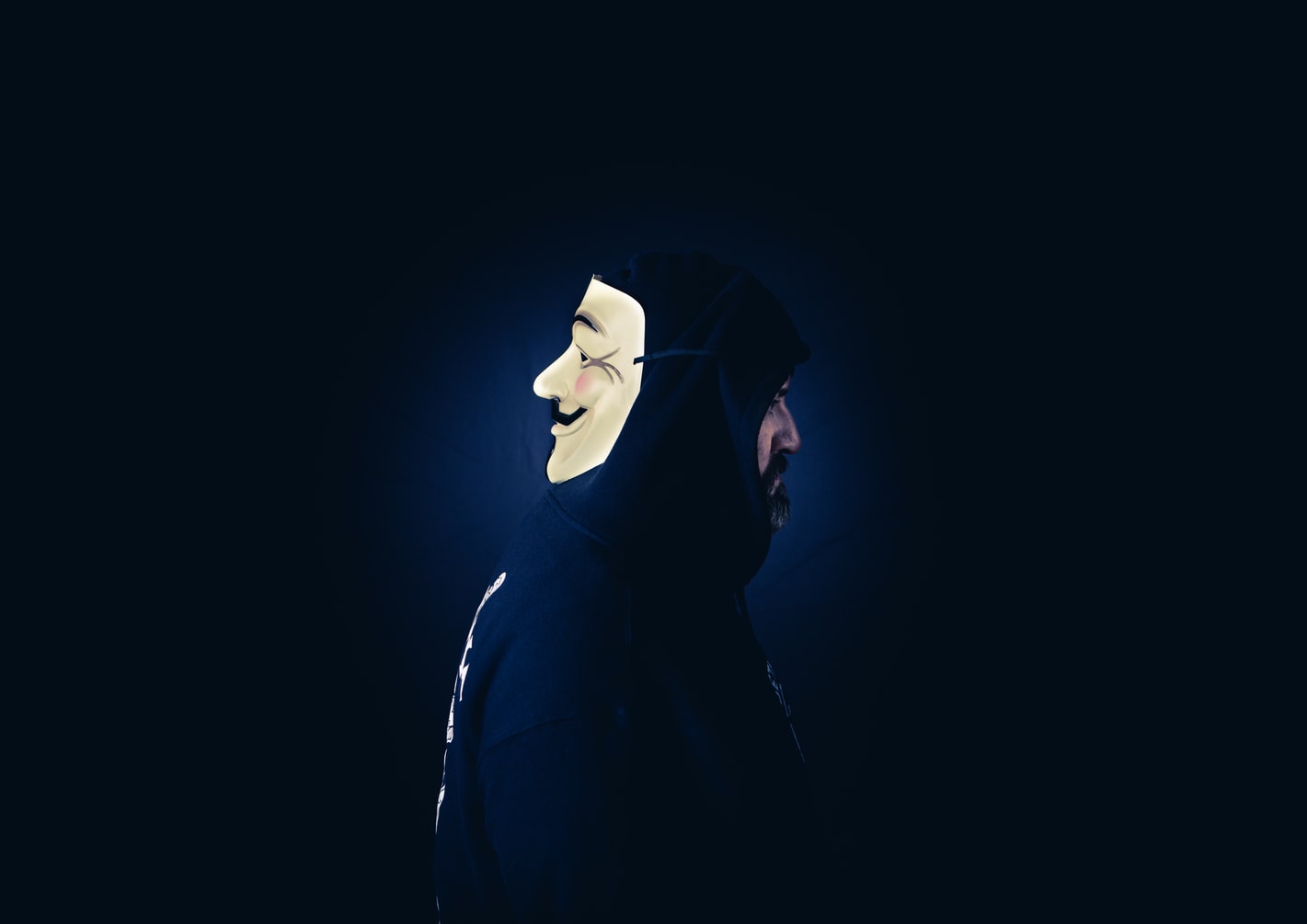 Published in
Matters of the Heart
on
March 9, 2022

Undoubtedly, many of us feel saddened by the outcome of the ongoing conflict between the two countries: nuclear power Russia and ambitious Ukraine. We are witnessing a comprehensive bloody war that threatens the peace and security in the region and its surroundings. In fact, the whole world is in one way or the other being affected by this. The most affected in such wars are always the innocent and defenceless civilians, women, children, and the elderly. Everyone should share sympathy for their plight and suffering. But the big question that arises here is why do these principles and human values ​​change and disappear, and those laws remain silent when it comes to countries, regions, and races other than the West, such as in the Middle East, Asia, and Africa, for example?
Farid Abu Ahmed

Say no to war, for we do not want war, and we do not hope that war will break out nor it be imposed on anyone; that evil from which the green and the dry cannot escape, and as it was said, “If the earth devours human flesh, this is war.”

Undoubtedly, many of us feel saddened by the outcome of the ongoing conflict between the two countries: nuclear power Russia and the ambitious Ukraine. We are witnessing a comprehensive bloody war that threatens the peace and security in the region and its surroundings. In fact, the whole world is in one way or the other being affected by this. The most affected in such wars are always the innocent and defenceless civilians, women, children, and the elderly. Everyone should share sympathy for their plight and suffering.

We see the unprecedented activities of the Western media, both visual and print, in covering the events that have been going on for two weeks continuously. They claim to be trying their best to portray a true picture from the ground to the world. Vigorous attempts are being made of presenting an image of invaders or occupiers for one party and an image of unjustly attacked victim for the other party. But as we know, “the original truth always remains a victim of the allegations of the parties in such wars.”

Not only Western media, even heads of states and governments of the west, civil societies, industry players, companies, sports and cultural organizations are also in the vanguard interacting with the ongoing clash, expressing their strong opposition to the war, through economic sanctions, diplomatic pressures and  statements and social cultural boycotts. They are also mobilizing  to create a strong international alliance against Russia. They also show their unconditional solidarity with the Ukrainian victims and the Ukrainian government, racing  against time to work and do everything that could stop the bloodshed and the expansion of the war. They are also assisting the Ukrainians with all effective ways possible to confront the occupying aggressor (according to their repeated statements); they reason behind all this support is for the preservation of the values ​​and principles that the West believes in, such as democracy, freedom, equality , non-discrimination and non-violation, and the preservation of the existing world order that took more than half a century to build and develop.

The West also believes in one way or another that humanity today owes them for what the West provides in terms of credible services, principles, values, and highly regarded laws that have contributed to the advancement of human life and the preservation of their rights from the domination of tyranny and dictatorship into the modern era.

But the big question that arises here is why do these principles and human values ​​change and disappear, and those laws remain silent when it comes to countries, regions, and races other than the West, such as in the Middle East, Asia, and Africa, for example? Why this double standard in dealing with humanitarian crises, which are usually more hideous and brutal than what is happening now in Ukraine, practiced by countries much smaller in size, might. and weight than Russia in terms of power, economy, and influence? In fact, often we find the same West with values and principles, financing and extend helping hands to the aggressors and the tyrants and actually supporingt them politically and militarily if needed. They advise the poor victims to exercise restraint or at times even accuse the victims themselves of causing and fabricating crisis. Sometimes they do not even make the effort are not even able to denounce the heinous actions by their mere words or statements, so why this double standards role and why this hypocrisy and duplicity in dealing?

History Is A Witness

It does not end here, but modern and ancient history testifies that the hands of the West are stained with the blood of innocent civilians, including women, children, and the elderly in many parts around the world. They have a greater share in it, even though the West has nothing to do with these countries borders or ethnic affiliation other than spreading chaos and instability which is then followed by imperialistic domination, extending control over them, which inevitably leads to restricting their freedom and sovereignty. This practice is an act of modern day slavery against these non-Western states and people of other non-white races.

In the past decade, specifically between 1990 - 1991, the West military intervention in Iraq used internationally prohibited weapons and missiles under the guise of disarming weapons of mass destruction, which resulted in the killing of thousands if not millions of innocent Iraqis, the displacement of millions, and the destruction of the country’s infrastructure. The country was left in shambles and Iraq’s wealth was stolen in broad daylight. The alleged bearers of freedom planted seeds of differences between what was once a peaceful Iraqi society. The dead doctrinal, regional and tribalism related issues were revived again among them. Iraqis are bitterly tasting and suffering its aftereffects till today.

In Burma, the world is watching as the defenceless Rohingya people face racism, discrimination, ethnic cleansing, and systematic arbitrariness by tyrants and the military junta. It has turned their lives upside down, and all kinds of crime and torture were practiced against the Rohingya until they were forced to give up everything that they had. The Rohingya had to give up everything from their very identity, land, to culture etc. It is an astonishing wonder that all these crimes against humanity and a war of genocide was practiced against the Rohingya under the direct supervision and order of a state counsellor, a personality who holds the highest Western noble peace medal in spreading democracy, equality, and human rights in Southeast Asia.

In Palestine, the brutal Zionist aggression has practiced their hobby of murder and torture on a near daily basis against innocent people for more than half a century. Today, it is as if the land of Palestine and the Palestinians has become a testing ground for modern Western weapons experimentation. When writing this article, the international media and many news channels indicated that Jewish extremists and Israel’s cabinet representatives were brandishing their weapons in the faces of the Palestinians and threatening them with direct killing. News of the killing of Palestinian children on the street by the criminal Israeli army is also published.; Unfortunately, we do not hear any response or denouncement from any Western or Eastern international parties, as if their blood is worthless dirt water.

The same story continues and does not end here with these few countries that we highlighted. Look at what happened in Afghanistan, Somalia, Mali, Libya, Syria and before that in Vietnam and many other countries. When we talk about their spurious democracy we can see the closest example of what happened in Egypt with the (Arab Spring) as they call it - which is a government that was elected through the ballot boxes through free and fair elections, regardless of its affiliation and political incline. But this is not acceptable to the West and its infiltrators; because it does not represent their programs, does not serve their propagandas in the region, and does not take into account their interests. So they acted urgently to put an end to it, no matter how high the cost and its following repercussion.

Let us go back to the pages of history and see who first used biological or nuclear weapons! It caused the death of millions of people and its severe symptoms are still manifesting in various forms of diseases and deformities in humans and animals in those areas and endangering the natural environment, deadly pollution, and climate changes even today.

It seems clear that the West is a forerunner in this field, as Greece was the first to use biological weapons and America was the first to bomb Japan with nuclear weapons, specifically in Hiroshima and Nagasaki in 1945 AD. One of the strange paradoxes in our world today is that it is the thief who presents himself as a lawyer and a saviour at the same time.

Why The Double Standard?

Finally: If America's invasion of Iraq was in the name of disarming weapons of mass destruction, (which caused the deaths of millions of innocent people and is still bearing its bitter fruits,) is compatible with Western principles, values, ​​and standards, so by that logic, Russia's invasion of Ukraine is in line with the same standard and it has a much greater right to do so because of it geographical proximity - more than the West and its connection with the Ukrainian race, culture, and history. If the security of Israel is the security of the West, and Israel has the right to tamper and corrupt in a land as they wish, then the security of the Donbass people is part of the security of Russia; because they are seeking help from Russia against Ukrainian aggregation and they are descendants of Russia in terms of the same race, language, and religion.

No matter how the West tries to polish its image and whiten it through its mass medias and tools, but instinct, a contented mind, and a living conscience can distinguish between good and hypocrisy in all conditions, and as William Shakespeare said, “Some people speak confidently about kindness and practice hypocrisy with the utmost creativity.”

I think there is nothing left in the pockets of the West but lies, hatred, and racism at the expense of colour, race and religion. Each of us has seen and heard what the various world media outlet have narrated on live media about the exemplary and upscale dealing of the west with Asians, Africans and Arabs, survivors of bombardment and war stranded on the borders of Poland, Moldova, and Romania. Racial, ethnic, and religious discrimination were seen at par excellence. Where does the west hide their principles and values ​of humanity? Why has racial discrimination appeared here now?

The world today is held hostage by the power strugglers, the evildoers, those who do not want stability or security on earth. They don’t see except their interest and infiltration, even at the expense of the blood of the innocent like us, and we do not mean anything to them on the ground - or that we are for them just a commodity they trade.

Remember. Allah mentions in the Quran,

And when it is said to them, "Do not cause corruption on the earth," they say, "We are but reformers." Unquestionably, it is they who are the corrupters, but they perceive (it) not. [Surah al-Baqarah, 11-12]