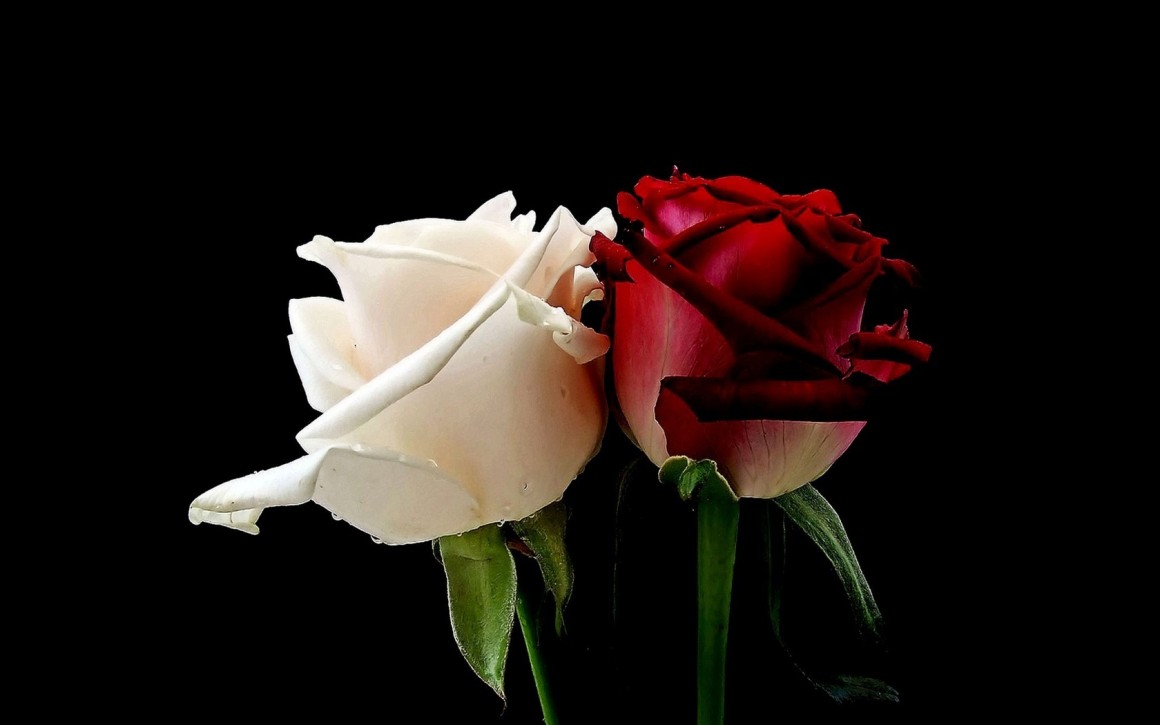 Steve was forcing Maryam to have a drink. She felt devastated and lost. She wished she could turn back time and never agree to go out with him. Steve was so drunk that he passed out, it was late and she felt afraid. She prayed to Allah SWT to show her a way. She could not find her way back as she had never been in that neighborhood. Everything was dark and looked extremely shady. She tried to call her father but there was no network. She decided to walk to the main road and get a taxi.

Meanwhile, her parents were sick with worry. They kept trying to call her but her phone was not reachable. Her mother blamed her father for everything. She said with tears in her eyes, “This is all your fault. Why did you let her go out like that? How could you do this to our daughter?”

Her husband was unable to meet her eyes and said, “Don’t worry, have faith in Allah. Nothing bad will befall our daughter Insha Allah.”

He was reassuring his wife when the phone rang, Noor picked it up and hollered that it Maryam. Her father raced towards the phone and snatched it away from Noor. He asked, “Maryam, are you okay? Where are you?”

Maryam replied, “I don’t know where I am. Can you please come and get me? I am scared. I swear I will do whatever you want me to. Just come and get me…” and the line was cut.

Her father went about in search for Maryam. He went to her office to enquire if anyone had seen her but nobody was there. He did not even know if she was alone or with someone.

Maryam was walking on the road when a car stopped. Ali rolled down the window and said, “Excuse me.”

Maryam was afraid out of her wits. She did not say anything and continued walking. She could hear a car following her but she did not turn around. She picked up her pace and kept murmuring all the du’aas that she had memorized as a child.

Ali knew that he had seen her at his father’s friend’s house. He could not remember her name but she looked like she needed help. The poor girl looked petrified. He tried again, “Excuse me miss, do you require any assistance?” He did not get an answer.

Maryam was so terrified of the man who was following her that she was almost running. There was no one around and hardly any lights on the street. She could not even see his face. She heard a car stop and it seemed like someone opened the door. She turned around to see that the man had parked his car and was walking towards her. She was aghast. She did not know what do to.

Ali walked towards her, he was mesmerized. He could see her visibly shaking and he could see fear in her eyes. He knew that something was terribly wrong. A girl like her would never be caught dead in a street like this. She reached to where she was standing and said, “Assalamualikum, I don’t think that you recognized me. I am Ali, you probably know my father, Ibrahim.”

Maryam was still unable to say anything. He waited for an answer but did not get one. He continued, “Anyway, I wanted to see if you needed help. You seem lost.”

Maryam finally cleared her throat and squeaked, “Yes please, I would be grateful for your help. Can you please just drop me home?”

Meanwhile, her father was able to locate Jude and ask her if she saw Maryam. Jude then told him that she had heard that Maryam was seen with the boss at a restaurant. Maryam’s father drove to the restaurant in hopes that he will find his daughter. The restaurant was closed. He did not know what else to do. His wife called him to inquire if he had found Maryam. He did not have the heart to tell her that their first-born was still unreachable. He told Noor, “Noor, make sure that you mother is okay. I am still searching for Maryam. I will find her soon Insha Allah.” Noor hid her tears from her mother. She was worried and prayed for her sister’s safety.

On the way, Ali asked, “May I know your name please?”

“Maryam, like the pious mother of ‘Isa (A.S). Can I ask you a question? It’s fine if you don’t want to answer it.”

“What were you doing at that place? And at this time?”

“Well, it’s a long story and I don’t know if you will understand.”

“Okay, so basically I was made to cover myself until yesterday. I would take off my scarf whenever my family wasn’t around. And then today my parents told me that I can do whatever I wish to do. So I decided to take off the scarf and then I went for dinner with my boss and umm aa  and he got drunk and passed out. Consequently, I was stranded on that road.”

“Wow that is quite a story.”

“I know and now you’re probably thinking what a bad daughter I am.”

“Actually, I wasn’t thinking that.”

“May I borrow your phone to call my father? Something is wrong with mine.”

Maryam called her father to say that she was okay and was coming home but before she could say anything, she heard her father sniff. She knew that her father was crying. Tears welled up in her eyes and she was unable to talk. Ali took the phone and said, “Assalamualikum uncle, I am Ali, Ibrahim’s son. I found Maryam and we are on our way to your house. Please don’t worry uncle. She will be home in about fifteen minutes Insha Allah.”

“Thank you so much son.”

“Please uncle, don’t thank me. It is my duty to help a sister in need. Take care.”

Maryam was crying. She rued the moment she decided to take off her scarf. She could not wait to be home. She wanted to feel secure and safe.

They reached home and Maryam ran inside and hugged her father as tightly as she could. Both of them had tears in their eyes. Finally her father moved away and called Ali inside and said, “Son, I don’t know how to thank you. You are a good man Masha Allah. May Allah SWT reward you immensely. Your parents have raised you to be a good Muslim Masha Allah.”

“Uncle, it was my duty. Please don’t thank me.”

“Son, have a seat. My wife will want to meet you. She was worried sick and has been crying. My other daughter, Noor finally got her to lie down.”

Maryam’s father called his wife to meet Ali. She looked sick, her eyes were bloodshot and swollen. She said, “Thank you for bringing Maryam home. If it weren’t for you, I don’t even want to imagine what could have happened to my girl.”

Ali nodded and smiled reassuringly at her. He then said, “I think I should leave now. It’s very late and I’m sure all of you must be really tired.”

“I’ll let your father know why you were late.”

Ali left and there was silence for some time. Maryam came from her room and sat down in between her parents. They held her hand as she was shaking. Noor brought some water for Maryam. Maryam looked up at her and tears rolled down her cheeks. Noor was devastated to see her sister in such a condition.

“Maryam, what happened? My dear, please tell us. You will feel better Insha Allah.” asked her mother.

Maryam recounted the events of the day and then said, “I am really very sorry. I have let you all down. I let myself down. I was so scared. I didn’t know what to do.”

“We are just thankful that you are back home, safe and sound. Alhumdulillah.” her father said.

“We will talk later. Go and rest. Do you want something to eat?” asked her mother with concern in her eyes.

Maryam was astonished. She had made a grave mistake yet her parents were ready to forgive her. She was so wrong about her parents. She truly loved her parents. She looked at her mother as tears welled up in her eyes. She hugged her mother and said, “Thank you for everything that you have done for me. I should have said this a long time ago but I never did. I love both of you so much. I don’t know what I would do without you.”

Her mother hugged her tight and then told Noor to take Maryam to her room. Maryam laid down on her bed. Sleep eluded her.

She whispered, “Noor, are you awake?”

Noor replied back and said she was.

“I want to apologize to you. I have been extremely rude to you. I am sorry for everything that I have done. I now realize my mistakes. I think I needed this jolt of reality.”

“Maryam, it’s okay. You don’t need to apologize for anything.”

Maryam felt like a heavy weight was lifted off her heart. The next day, while they were having breakfast, she told her parents that she wanted to talk to them about something. They gathered in the sitting room and waited expectantly.

Maryam took a deep breath and said, “I want to do hijab. And not just wear the scarf, I want to do proper hijab. I know that whatever happened yesterday could not have been avoided. But at least with hijab I will feel protected. I will feel that I have done whatever I could have to protect myself. A Muslim woman is like a diamond. I want to feel like a diamond and not like a piece of coal.”

“My dear, you are a diamond. You never were coal and never can be. You and Noor are the most precious diamonds in the world. We love you both so much and we will do anything to protect you from harm.” replied her father.

Eventually, Maryam strived to do justice to her name and try attaining that piety, much like her sister Noor. She opened a facility to help girls who are lost in life. He became a perfect sister to Noor. She had understood the flaws that her way of thinking had had. It was not Islam that was pulling down or oppressing women it was the distorted image put in their head from a young age  by the media of the perfect woman that was oppressing them.
This helped her to connect with the other women who were facing the same challenges or were asking the same questions she had once asked…