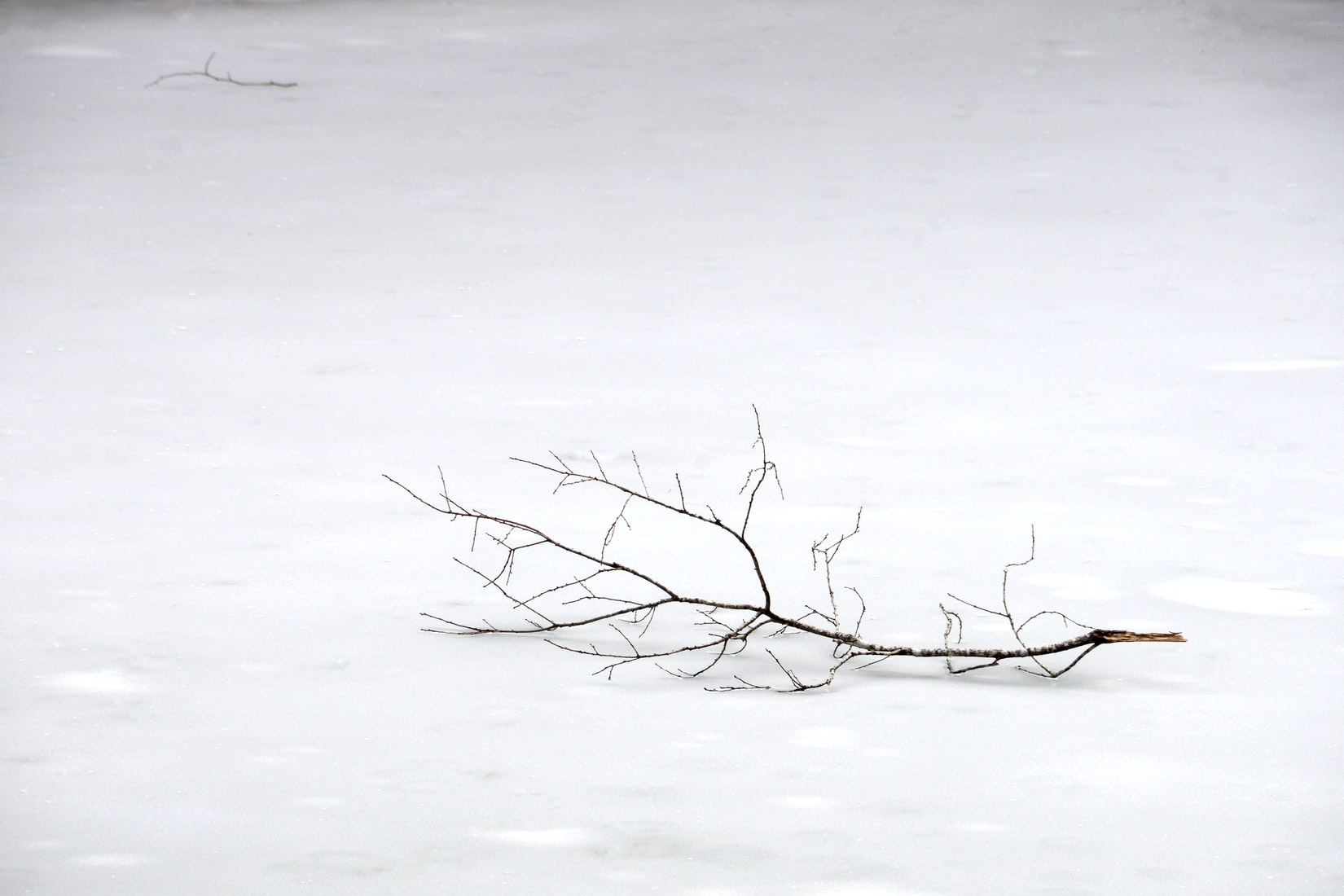 The Branch Of The Tree and Jannah

Ukasha Ibn Mohsin – A legend of Islamic history. He holds a legendary status not just in our eyes, but he was held in awe by the companions themselves. He had achieved what many of them could only dream of achieving. But firstly, who is this man? He was the son of Mohsin bin Harsan and was a scion of the Banu Asad tribe. Even before the migration of the Prophetﷺ he had sworn allegiance to him in person. He was amongst the third batch who emigrated to Madinah along with Uthman Ibn Affan and his family,

His sister, Umm Qais bint Mohsin narrates about him:
“My brother was very good-looking. He excelled by virtue of nobility of birth and was superior to others by virtue of knowledge and learning. he was also a great leader and ruler. When the Prophetﷺ passed away he was twenty-four years old. He had taken part in the Battle of Badr and the Battle of Uhud and other battles with great favor and enthusiasm. He displayed exceptional expertise in many wars.”

Take a moment and just think for a moment. At the “tender” age of 24 he had already participated in not just one but 2 of the greatest battles that the Prophet ﷺ took part in. Though the age is disputed a bit we can derive lessons from it. Here in our times we have full grown men of that age sitting at home being pampered by the mother saying, “O but he’s just a kid”. Kid is what I would have called Usama Ibn Zaid who led an army at the age of 17 but I can’t. Why you ask? Who would allow a “kid” to lead an army if kids were supposed to be immature and not trusted with responsibilities. The Prophet of Allah ﷺ himself. Give children a chance to grow, prove their mantle, because if not then once you die they just become a burden on their spouse. Technically instead of a spouse the person has got a pampered baby in the body of a young adult. Show some faith and see wonders happen.

Many scholars emphasize on the importance of mothers and upbringing. One of them had said that the reason the Ummah is falling down is because we have lost our mothers. The day we regain our mothers, the Ummah will rise to shake mountains. What he meant here was the tarbiyah which the mother gives to the child from a very young age.

Getting off topic here a bit, returning to the story of Ukasha. During the battle of Badr, Ukasha was fighting bravely with his sword. He fought and he fought till it broke. He came to our Beloved Prophetﷺ  for help. The Prophet ﷺ gave him a dry branch of a tree and told him to fight in the battlefield with it. Wait, WHAT?! He asked him to fight a battle with a branch of a tree?

The faithful companion Ukasha took the branch and moved it a bit in his hand, no questions asked having complete faith in the Prophet ﷺ and his Rabb and turned to fight. Here the branch turned into a very strong and long white sword! This was one of the miracles of our beloved ﷺ. The faithful companion fought the rest of the battle with this miraculous sword so that Allah Almighty bestowed the Muslim army with victory over the disbelievers. This sword was called Ayun and it remained with Ukasha.Some say he carried on using, calling it “Al-Qawiy” (the Strong) until he was martyred in Najd during the wars against the apostates.

In 6th Hijrah fourteen hundred companions set out for Makkah with the Prophetﷺ to perform Umrah. They were stopped at Hudaibiyah. Finally a treaty was concluded between the Prophetﷺ and the Quraish of Makkah, which came to be known as the Treaty of Hudaibiyah. ‘Ukashah bin Mohsin was one of these pure-hearted Companions, who are described in the Noble Qur’an in these words of Surah Al-Fath:

Verily, Allah was pleased with believers when they gave pledge to you under the tree [at Hudaybiyya]: He knew what was in their hearts of faith and sincerity and He sent down serenity upon them, and He rewarded them with a near triumph.

Ukashah bin Mohsin  was the one of the ‘Companions of the Tree’ and  It is indeed a great honour and blessing to hear in one’s own lifetime the uplifting news that one has gained reward of Paradise from Allah himself. They are indeed extremely favored people, who have been mentioned in the Noble Qur’an. This is the very zenith and fulfillment of human existence. Just imagine being with the Prophetﷺ and him telling you that the Lord, the Rabb of the Alameen, the Malikul Mulk is happy with what you have done. Wallah if a person can just comprehend that he would burst out or even die of pure happiness. May Allah make us amongst those who he loves and they who obey the commands given by his Messenger ﷺ.

Now come the true pinnacle of the life of Ukasha that made him the point of envy of not generations to come but the blessed gatherings of Sahaba themselves. When I say envy, I don’t mean the envy we show towards our brethren nowadays where we curse and wish ill. La Wallah, this was envy in terms of the reward that Ukasha had gained and they had missed out.

Narrated by Ibn ‘Abba that Allah’s Apostle ﷺ said, ‘Nations were displayed before me; one or two prophets would pass by along with a few followers. A prophet would pass by accompanied by nobody. Then a big crowd of people passed in front of me and I asked, Who are they Are they my followers?” It was said, ‘No. It is Musa and his followers It was said to me, ‘Look at the horizon.” Behold! There was a multitude of people filling the horizon. Then it was said to me, ‘Look there and there about the stretching sky! Behold! There was a multitude filling the horizon,’ It was said to me, ‘This is your nation out of whom seventy thousand shall enter Paradise without reckoning.’ “Then the Prophet entered his house without telling his companions who they (the 70,000) were. So the people started talking about the issue and said, “It is we who have believed in Allah and followed His Apostle; therefore those people are either ourselves or our children who are born m the Islamic era, for we were born in the Pre-lslamic Period of Ignorance.” When the Prophet heard of that, he came out and said. “Those people are those who do not treat themselves with Ruqya, nor do they believe in bad or good omen (from birds etc.) nor do they get themselves branded (Cauterized), but they put their trust (only) in their Lord ”

Now just imagine this. Here is a man that is going to Paradise WITHOUT having to give any account. Calling it a VIP pass is also derogatory. Ukasha had just achieved what the sahaba could only have imagined in their wildest of dreams. A straight pass to Jannah without any reckoning and with the pleasure of Allah. What else does a man want? Whenever you see a good opportunity take it, don;t wait and be like the man from Ansar who got beaten to Jannah by a matter of seconds.

It is narrated from a weak source but scholars nevertheless narrate it because of the lesson here that the Prophetﷺ gave a sermon during the time of his final illness which was received by his companions in an emotional state. The Prophetﷺ then announced that if anyone had any reprisal to take from him then they should do so. On this an elderly Companion Ukasha stood up and said that in such and such battle as he had dismounted his camel which had come near the camel of the Prophet the Prophet’s stick, whether purposely or inadvertently had hit him. The Prophet responded that the Prophet of Allah could not purposely hit him, however, he asked for a stick to be brought and gave it to Ukasha and told him to take his revenge.

Just picture the scenario right now, the Prophet ﷺ is ill, cannot stand properly and here is a man demanding retaliation. At this point Abu Bakr,Umar and Ali (may Allah be pleased with them all) stood up offering that the retaliation be taken from them instead. Then Hassan and Hussein (may Allah be pleased with them) stood up and said the retaliation should be taken from them as they were the Prophet’s grandsons. However, Ukasha insisted that he wanted to take the revenge from the Prophet ﷺ and added that when the stick had hit him he did not have any attire on. On this the Prophetﷺ lifted the cloth from his body and said that Ukasha could strike him. The rest of the Companions started to weep with anguish, however Ukasha went forward and dead silence fell

Suddenly he kissed the blessed body of the Prophetﷺ and said who could ever abide taking revenge from him Rahmat lil Alameen, who had taught varied principles of absolute justice and that he was merely looking for an opportunity to express his love for him and wanted to be close to him. Wallah such was the love of the sahaba for the Prophet ﷺ. We claim to love him and emulate him. But, when it comes to putting words to practice, “Isn’t it just a Sunnah”

Ukasha was martyred in Najd during the wars against the apostates and is buried near Turkey. Wallah who else to envy but Ukasha? Part of Badr, forgiven all his past and future sins, part of the people of the tree with who Allah is pleased, part of a miracle of the Prophet ﷺ, given the blessed tidings of Jannah adn the death of a martyr to add the cherry to the cake. What else can a man ask for?

May Allah make us amongst those whom he forgives without any reckoning, makes us worthy of that honour out of his mercy and put in our hearts the love to revive and follow the Suunah of his beloved ﷺ.