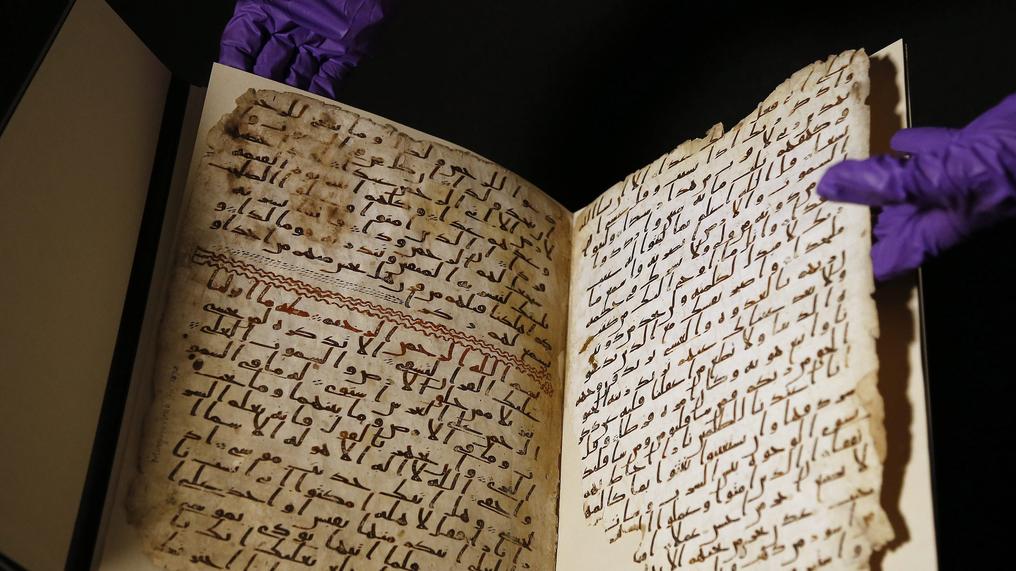 The Preservation of The Quran: From Prophet Muhammad ﷺ till Today

All praise is to Allah, the Most Merciful, the Most Gracious and may Peace and Blessings be upon The Final Messenger ﷺ, his family, his noble Companions, and all those who follow them with righteousness until the Day of Judgement.

What is the Definition of The Noble Quran?

The Quran is the Miraculous Speech of Allah ﷻ The Most Glorified, that was revealed upon the heart of Prophet Muhammad ﷺ. Its recitation in the Arabic language is a worship; compiled between the two covers of the Mushaf and reaching us in a Tawatur way. It is an everlasting challenge even from the smallest of its Chapters.

It is the detailed and accurate transmission of a statement from a generation to another generation, with an uncountable number of authentic narrators in each and every level of the Sanad (chain of narrators) resulting in a zero-chance of any additional words or lies into the statement.

How did The Noble Quran reach the entire Ummah from Prophet Muhammad ﷺ ?

The Companions learned The Noble Quran from Prophet Muhammad ﷺ in two ways:

1. Written – The Quran was written down in front of The Prophet ﷺ by the Companions as it was being revealed to him.

2. Orally Transmitted (recited) – The Companions of The Prophet ﷺ were taught to recite The Quran and memorize it accurately, without any mistakes.

The Noble Quran has reached us through the above two means in a Tawatur way.

How was The Noble Quran preserved in the Written form?

The Stages of Compilation:

1. Writing of The Quranic verses as it was being revealed to Prophet Muhammad ﷺ
Zaid Bin Thabith رضي الله عنه said “ I used to write down the revelation of The Quran as Prophet ﷺ would recite it to me, once I was done he would ask me to recite it and so I would recite, if there was any mistake he would correct it and afterwards I would go to the people and present it.” [1]

2. Compiling the verses of The Quran (which was written in front of Prophet Muhammad ﷺ into a Mushaf (book form) during the Caliphate of Abu Bakr  رضي الله عنه  by Zaid bin Thabith رضي الله عنه.

4. The Muslims copied from the copies of the Mushaf distributed by Uthman bin Affan رضي الله عنه and published it further to different places.

5. The writing of books about Rasm ul Uthamni by Scholars who specialized in it.
Rasm ul Uthmani : The fundamental principles followed by the Companions to write The Quran in front of Prophet Muhammad ﷺ.

How was The Noble Quran preserved in the Oral form?

The Stages of Oral Transmission:

1. Angel Jibreel عليه السلام came down with divine revelation to The Prophet ﷺ.

2. The Companions رضوان الله عليهم learned the recitation of The Quran from Prophet ﷺ directly and recited it back to him until Prophet ﷺ approved their recitation.

3. The Companions رضوان الله عليهم taught the later generations (Tabioon) in the same way The Prophet  ﷺ taught them and it continued between generations until it reached us in the very same way Prophet Muhammad  ﷺ recited.

Note: The Sanad (chain of narrators ) from Prophet Muhammad ﷺ continues until today in the very same way it was recited by the Prophet ﷺ. A student of knowledge can obtain a Sanad (to receive a certification is called Ijazah) by reciting the entire Quran from memory without any errors to a scholar of Qira’at in addition to fulfilling the other conditions for an Ijazah.

Why was the entire of The Noble Quran not compiled into a Mushaf (Book form) during the time of Prophet Muhammad ﷺ?

Some portions of The Quran were compiled into a book form but not entirely because the divine revelation was continuous until the death of Prophet ﷺ and it is not possible to compile it into a Mushaf until the revelation has been completed.

Why is it called Rasm ul Uthmani?

It is called Rasm ul Uthmani because the distribution of the written copies of the Mushaf spread throughout the nations under the caliphate of Uthman bin Affan رضي الله عنه , so was it named after him.

Did Uthman bin Affan رضي الله عنه make any changes to the writings of the Quran?

No, he did not bring about any changes rather he copied the compilation of the Mushaf during the Caliphate of Abu Bakr رضي الله عنه and distributed it among the Ummah.

Indeed, it is We who sent down the Qur’an and indeed, We will be its Guardian.
[Surah al-Hijr, Ayah 9]

Want to learn more? Listen to the entire series here.