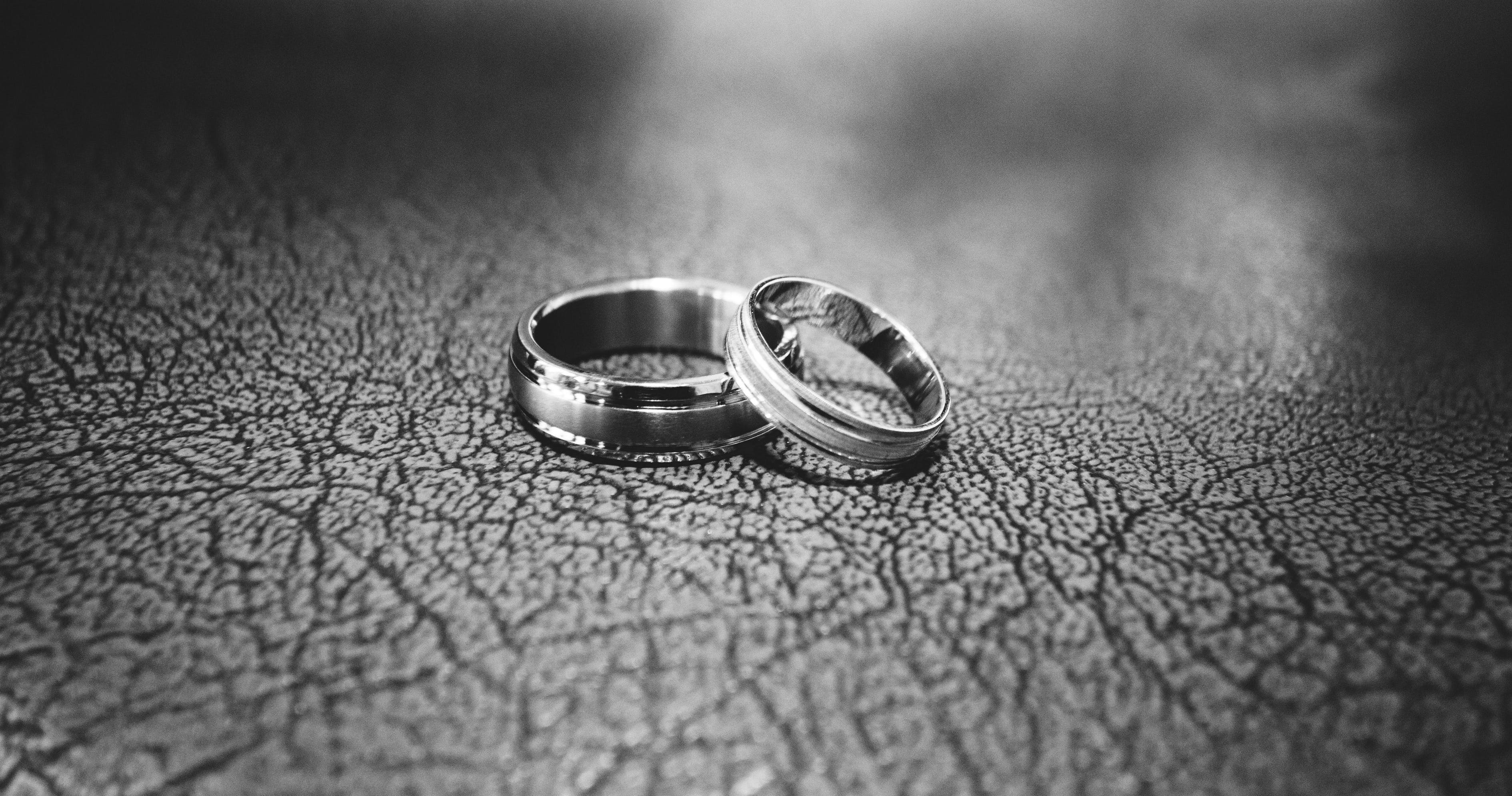 Published in
Matters of the Heart
on
October 9, 2020

“Fatima, are you ready?” hollered my mama from downstairs.

I looked at my best friend and my cousin, Maryam. She was so happy and excited. I could feel her excitement rubbing off on me. I was feeling a rush of emotions, I felt nervous, happy, excited, sad all at once.

“There.” Maryam said adding a few last touches to my ensemble. “You look absolutely stunning masha Allah.” She said with eyes rimmed with tears.

“No way! You’re not allowed to cry, because if you cry I’ll start crying and all your hard work in making me look pretty will go to waste.”

“I know I know. It’s just that you look so beautiful that I can’t help it.” Maryam said, hugging me.

I reminisced the past. I could not understand how we became so inseparable. I remember the time we hated each other so much so that we refused to even acknowledge each other’s existence. I remember how she once got her friends to beat me up. But now, she would do anything for me. We were like sisters who loved each other a lot.

I looked around myself, everything was so flashy and colorful. Everyone was happy. Tears were being shed but a wedding is not complete without tears. And certainly not an Asian wedding. An Asian wedding requires a lot of melodrama and tears. Oh and a lot of guests. How could I not invite my aunt’s husband’s sister’s husband’s uncle? That would just be rude and offensive.

I don’t know where she came from or who booked her. I certainly did not want a professional photographer to take pictures. I am not a model, or an actress who requires flawlessly photo shopped pictures.

“Lower your eyes and smile shyly.” She ordered.

I complied because seriously what else could I have done? Made a racket by demanding the photographer to not take pictures? That’s not possible. People would get a reason to talk and I would forever be branded as “that girl who could not sit quietly and be a perfect and shy bride.”

It was time to leave for the wedding hall where the Nikah would take place. Everyone around me was jittery. Everything must be perfect. The tiniest detail was meticulously planned out. All my friends and cousins knew exactly what their job was. Planning an Asian wedding is much like planning a huge conference. Nothing and no one should stray from the plan that took weeks to gain perfection. Seeing all of my family nervously sitting in the car made me relatively calm.

We reached the hall, and I was immediately escorted to a dressing room where I waited for my groom and his family to come.

“So, you’re finally a doctor. All those nights of cramming and endless coffee and red bull paid off. Now Masha Allah you’re a doctor.” Aisha aunty said.

“So, what are your plans now?”

“I just want to spend some time with family. It’s been 7 years since I’ve lived properly in my room, lived with my family.”

After she left, I asked mama, “What was she talking about? Is there something you’re not telling me?”

“Of course not dear, you know how she is. She just likes to put ideas into people’s minds. Don’t pay attention to her”

Of course now that I had finished my bachelors, everyone assumed that I would start looking for a suitor and get married. It didn’t matter to Asian aunties that I wanted to pursue my education. I was never against marriage, or even early marriage for that matter. I did not want to end up being a spinster but I also did not feel the need to get married right now. Alhamdulillah that my parents were fine with whatever decision I took.

Soon, I started applying for masters, and when people asked about my plans, I told them that I plan to pursue my education. They all scrunched up their noses and said, “Dear, don’t you think you should get married now. I mean of course it’s your decision but we’re older than you and have seen the world. You can get your education after you get married, after all your age isn’t decreasing.”

This always angered me. I always wondered what my age has to do with my marriage. Age and marriage are two separate things. I believe that people should marry when they feel that they’re ready, that has nothing to do with age. But of course, Asian aunties can never understand this. I knew they meant well and loved me, but it still angered me.

I enjoyed being at home. I enjoyed waking up early and having breakfast with my parents. I would see my mama call baba to see if he reached office safely. I adored my parents and I had never seen a happier couple. Masha Allah.

“My Lord! Bestow on them Your Mercy as they did bring me up when I was small.” [Quran; Surah Al-Isra, Verse 24]

I was always reminded of this verse from the Qur’an, it is an extremely beautiful prayer for parents. My parents did everything they could to give me the best of this world. If they ever asked me to do anything, I would do it without even questioning them.

One day, I overheard my mama say on the phone, “Yes, I understand but she doesn’t want to get married right now and I will not force her or emotionally blackmail her. She can do whatever she wills.” I assume the person on the line asked her what she wanted for me because she replied, “Of course I want her to get married and be happily settled in her life. That’s what every parent wants for their children but as I said, I will not force her to do anything she doesn’t want to.”

I went back to my room and thought about what I had just heard, whatever I had probably keeps happening. People were probably giving my parents grief, I thought to myself. I gave it some thought, and while I was in the midst of all this confusion, I came across a hadith narrated by Anas (may Allah be pleased with him) where in Prophet Muhammad (S.A.W.S) said;

“When a man marries, he has fulfilled half of his religion, so let him fear Allah regarding the remaining half.”

This was when I finally decided. I decided to tell my mom that I would continue my education after my Nikah.

“Fatima, they’re here!” These words jolted me back to the reality.”

I could hear the firecrackers being burst outside, and the excited squeals. I did not want crackers. I don’t understand the concept behind them. I mean sure, they’re fun to watch, but they’re dangerous and a waste of money. I’d rather save that amount and spend it on something worthwhile.

I tried to compose myself as I would be escorted to the stage. Soon, my brothers and my father came, they gave me prayers and we all shed a few tears. Then, I entered the main hall where the festivities would take place. The colors and the lights blinded me for a moment, and then the full shock of the extravagant party hit me. I was beyond shocked and couldn’t comprehend how everyone kept all this under the wraps. I would never allow this.

I could see the excessiveness in the decoration of the hall. I would never have allowed it. I made my mama cut down on the clothes and jewelry that she was supposed to give me. And the reply that I got from her was deeply saddening, she said, “you don’t know how it is, if I don’t give you all this, people will say things that you wouldn’t want to hear.” I was so disturbed after hearing this. Why is it anybody’s business how much my parents give me or don’t give me? I always wonder about families who cannot afford all these things that are not in the least bit necessary. Do their children never get married?

Nevertheless, I walked in with my baba and my brothers, I could feel how happy they were. I had to practice walking beforehand because obviously I had to walk in sync with the music. I vehemently opposed the use of music and was able to curb that, but of course there had to be some noise while I walked in like a princess. So we opted for the music that is halal in Islam. The music was so loud that it was deafening. I sat on my throne-like chair and looked at the people. It felt kind of like a Queen sitting on a throne and looking at her disciples.

All around me I could see people discussing me. Discussing what I was wearing, how much jewelry I was wearing and estimated how much the party cost by father. My parents’ love was being measured in the amount of clothes and the jewelry that they gave me. That’s just disgusting.

Then, two of my uncles came and asked me if I agreed to the marriage, I nodded and all around me people started congratulating and hugging each other. I signed the contract, and the deed was done. I was now married.