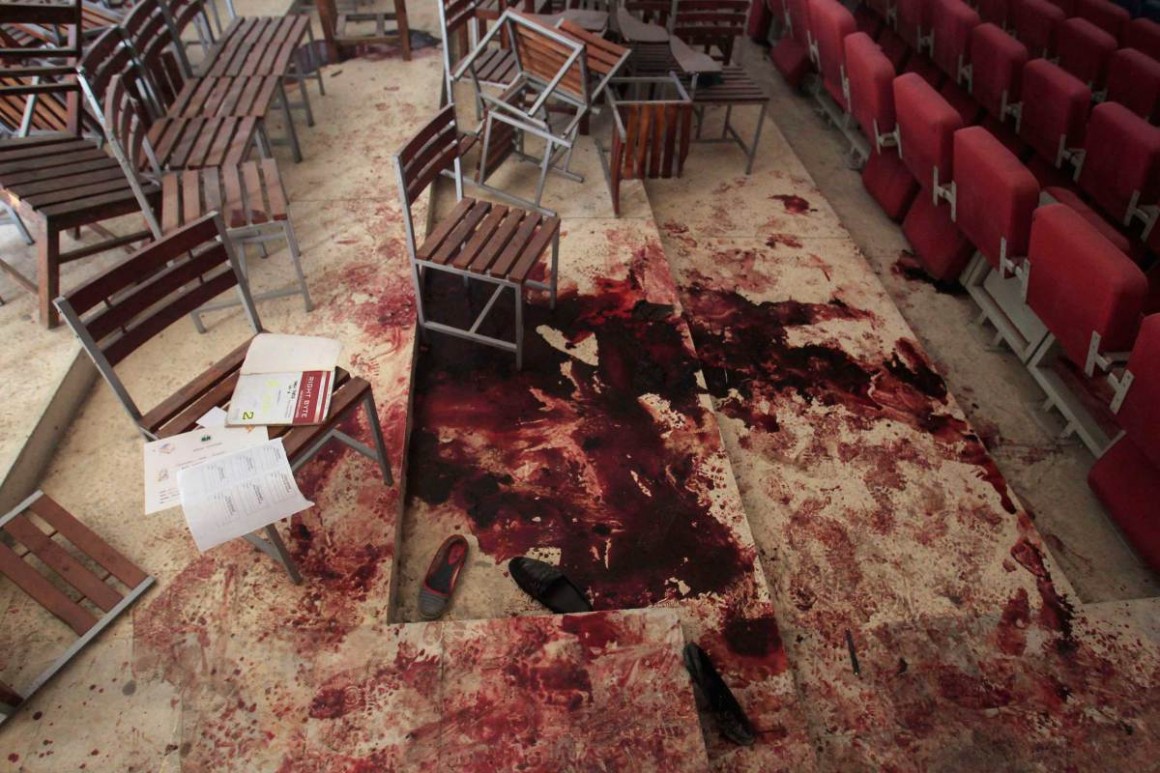 The fifteen year old hastily wore his school jacket and hurried down the steps as he was getting late for school. This was the second time in a row and his teacher would surely go ballistic and give him a piece of his mind if he arrived late to class again.

‘Ahmad!! Have breakfast! At least a glass of milk! Skipping breakfast everyday will have detrimental effects on your health later’ said his mother in an exhausted tone.

As he tore down the street on his bicycle his mother looked at him with glistening eyes envisioning the great man he would soon become.

A few hours later she hears her son is dead.

Is that it? Everything just comes crumbling down to pieces right in front of her eyes. The thread with which she had weaved the fabric of dreams, hopes and aspirations since the past fifteen years was barbarically snatched from her and ripped into pieces.

She sits speechless, aghast maybe; she doesn’t know how to respond. What do you say when someone tells you that your child is dead. He was solving an equation when it happened. They tell her that they found his bloodstained shoes. She has a vacant expression on her face. ‘Are these people mad? What kind of nonsense are they uttering? Ahmad asked me prepare AlooGosh for him today. I wonder when he will be back. They say he is dead.’ She has a devastated look on her face.

She could give the whole world just to rewind those few hours; she could give anything they would ask. All she wanted was to hear him.

It wasn’t his fault. He had just gone to school. She had sent him to school, was she responsible for jeopardizing his life and finally killing him. Who was responsible? The people who killed him? They didn’t know who he was. If they would have known him, they wouldn’t have even touched him. He was perfect. He was my son.

Her mind was a battleground. Her mind was in chaos. She wasn’t certain of anything except one thing, Ahmad was dead. He was dead.

This is the harsh and brutal truth of the world we live in. Be it Gaza or Peshawar, innocent people are paying the price, price for what, they don’t know either.

One statement by the Prime Minister surely does suffice the abhorred crime. Updating a status or posting a picture is all we are capable of. This is ALL that we do and have the power to do. This is exactly what they wished for ever since they have been trying to seize everything. A world where nobody has the audacity to stand for the right thing because apparently we are all busy and preoccupied with our own issues. A world where the killer won’t know why he is killing and the victim won’t know why he is being killed.

Is this how it goes on? People keep dying. We mourn for a day and wake up the next day like nothing ever happened.

There is one word. Just one word for us. Corpses. That’s exactly who we are.