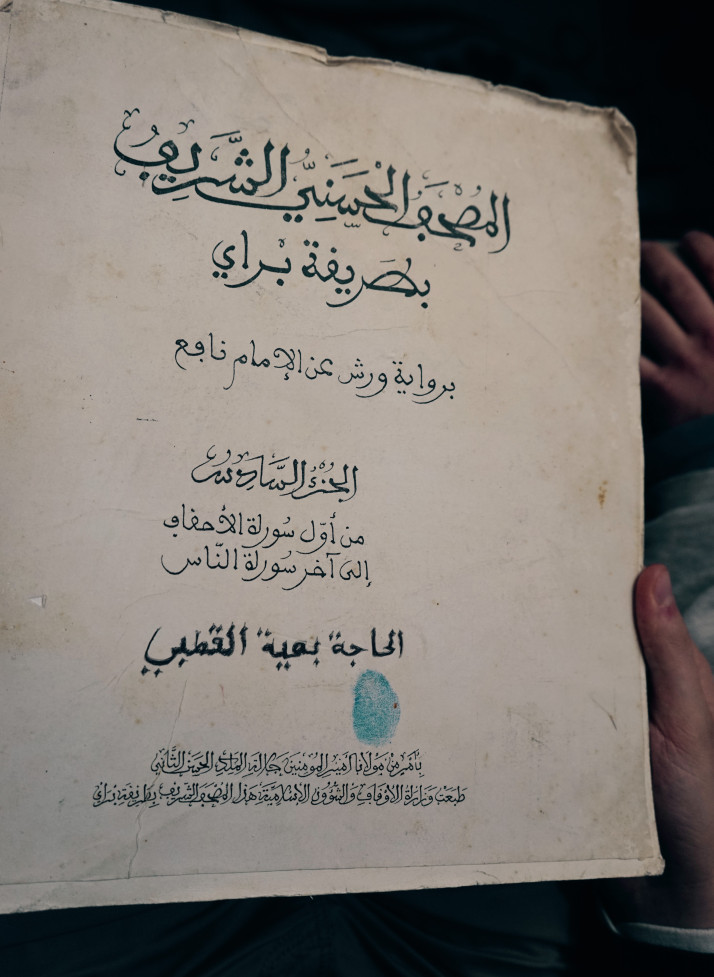 The past few months have seen the deaths of some giants in Islamic Scholarship, and among them is one of the greatest female scholars of our time, Shaykhah Bahiyya bint Hashim al-Qutbi al-Filaliyyah.

Known for her exemplary patience, steady smile and pleasant, jovial demeanor with everyone around her, Shaykhah Bahiyya was someone who kept all the voluntary fasts (Monday and Thursday) and had strived to perform all the prayers in the masjid and succeeded in doing so, even after her age made it difficult for her. She died at the ripe age of 108 on 24 May 2016.

Born in 1326 H (corresponds to 1908 in the Gregorian calendar) in the Moroccan city of Meknaa, she set out on her journey to gain Islamic knowledge at a time when it wasn’t common for girls to do so at all. With the help of Allah throughout this undertaking of hers, she completed her Hifdh of the Qur’an at the age of 14, under the tutelage of Qadhi Mohammed ibn Ahmed al-Ismailee al- Alawee from whom she also received her Ijazah.  She persisted in her studies in the remaining fields and aspects of the religion of Islam.

At the age of 18, she fulfilled the obligation of Hajj upon her, where she studied with some of the renowned scholars in the region of Hijaz. She travelled to Tunisia in 1955 with a delegation of students, in which she was the only female, and got admitted to the prestigious Zaytunah University. She studied under some remarkable scholars for 5 years and obtained her degree in 1961. Following her graduation, she was requested to stay on in Tunisia, but she declined the offer and instead, chose to return to her country Morocco.

Shaykhah Bahiyyah had the great fortune of being able to study under renowned and great scholars, both in Morocco as well as in Tunisia. She studied Tafsir under Sheikh Al-Haajj Mohammed al- Soosy and completed her study of Sahih al- Bukhari with the Faqeeh Al- Haajj ibn Eesa al-Khalty.  She studied Sahih Muslim and the fundamentals of Fiqh under the tutelage of Shaykh al- Zarihani. She studied under various famed scholars including Ahmed ibn Ṣiddiq al-Meknasi, Mawly al-Ṭayyib al-Ḥarif, Mawlay ʿAbdullah Jamʿan and Muḥammad al-ʿArayishi.

She learnt the Qurʾanic readings and the Muwaṭṭaʾ with Mawlay al-Sharaf ibn ʿAli al-ʿAlawi, the Islamic sciences of Hadith with al-Sayyid ʿAbd al-Hādi al-Mannuni, and Tafsir with al-Mukhtar al-Sintisi. In Tunisia, she studied the beautiful science of Balagha along with Tafsir with al-Ṭahir ibn ʿAshur as well as his son. She also studied the Sciences of Hadīth with Ibn Khawjah and Islamic history under Muḥammad al-ʿAziz.

She imparted her immense knowledge (RahimahAllah) by giving lessons to women in a big Masjid in Menkas. Among her students was Sheikh Yahya al- Guthaani as well, who studied the Muwatta’ from her and was granted his Ijazah by her, as was rewarded to some other prominent Shuyookh as well.

She chose not to marry, and lived with her sister in Menkas until her death.

An astounding fact about this inspirational female scholar is that Shaykhah Bahiyyah was blind, which makes it very hard to believe that all this could’ve been achieved by her. Many people traveled to benefit from her and marveled at her amazing memory despite being 108 years old. Being blind, she would grant students Ijāzah with the stamping of her fingerprint rather than signing her name.

May Allah have mercy on her soul and elevate her ranks in Jannah and grant us many more such scholars to raise us from this ignorant slumber.

By: Nabiha Khan and Sidra Naufal