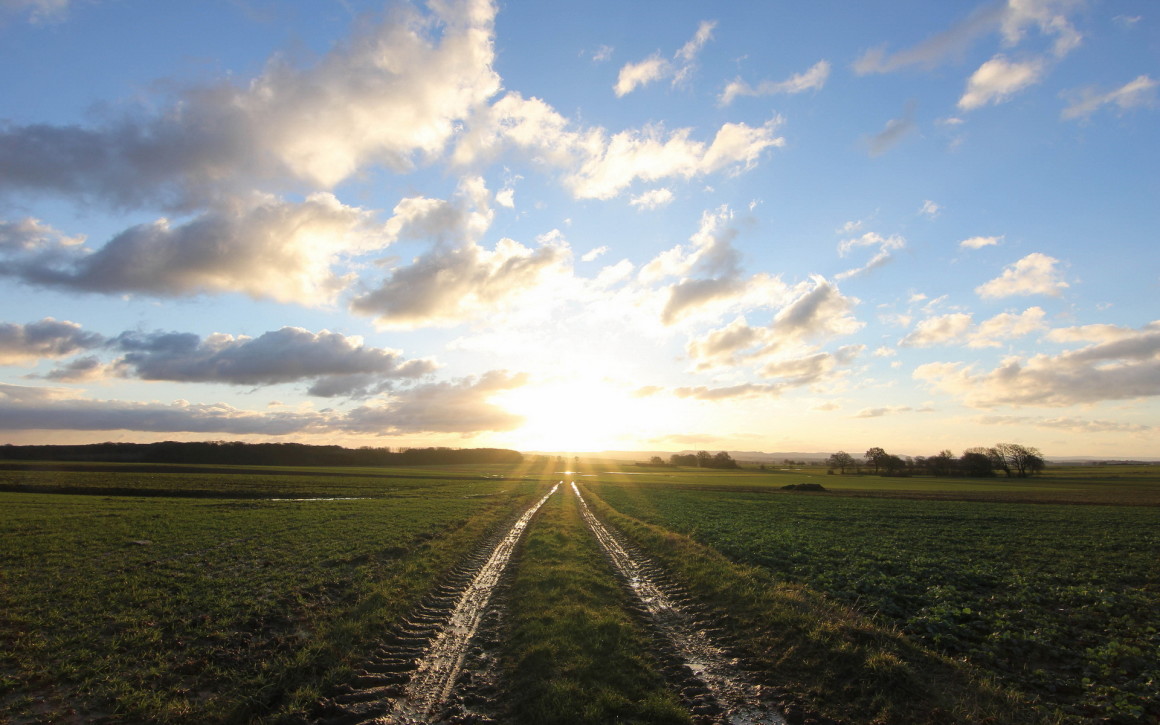 Ramadan: A Chance for a Fresh Beginning

Allah the Most High gives us ample opportunities and chances in our lives for a fresh start and a new beginning. These opportunities from Allah define our progression toward our eternal goal and purpose. Ramadan is definitely one such opportunity, and perhaps even the best of them. Many Ramadans have we witnessed and lived, many chances and opportunities we have had in the past, but failed to grab its outcomes and lost its objectives. However this year’s Ramadan is approaching with a total unprecedented wakeup call; that you are not here in this world except for a short moment of time.

Ramadan is here again, telling us: make this your moment of determination, it’s time for you to turn to Allah and to His Mercy and Forgiveness. Hasn’t Allah the Most High said,” And march forth in the way (which leads to) forgiveness from your Lord, and for Paradise as wide as the heavens and the earth, prepared for Al-Muttaqûn (the pious).” [Surah Aal Imran ,133]

First: Allah selected it to be the month of the last and final revelation to the most noblest son of Adam, Muhammad ﷺ, as the guidance for mankind, a forever living miracle with an open challenge to disbelievers, till the Day of Judgment.

Second: Allah prescribed the month of Ramadan to be the month of fasting as an act of worship that comprise the absolute submission to observe Allah’s presence and watchfulness (piety).

Third: Allah placed in Ramadan a secret powerful night, the night of Decree which is better than a thousand months in terms of rewards and blessings.

.
Objectives of Fasting:
Scholars have counted numerous objectives of fasting, however the main reason behind fasting is to attain piety. After all, it is an act of worship that testifies a total submission and obedience to Allah the Almighty alone and the fulfillment of His Greatness, in secret and in public. It’s also a significant event when a believer endures hardships and challenges with the noble objective of attaining Allah’s pleasure and the great favours in the hereafter.

“O you who believe! Observing As-Saum (the fasting) is prescribed for you as it was prescribed for those before you, that you may become Al-Muttaqûn (the pious).” [Surah Al-Baqarah, 183]

Another noble objective of fasting is for the purification of the heart from bad manners and vices, training believers on developing good character and strong moral personality. Fasting instills in them the quality of will power and determination, help them to avoid immoralities and bad attributes.

Narrated Abu Huraira: The Prophet (ﷺ) said, “Whoever does not give up false statements (i.e. telling lies), and evil deeds, and speaking bad words to others, Allah is not in need of his (fasting) leaving his food and drink.” [Bukhari]

If a Muslim maintains these morals during the month of fasting, they become his habit and nature throughout the year. Also within them, it narrows the streams of Satan in Ibn Adam, so it reduces his tendency to do sins and wrongdoings, but rather he tends himself to do obedience, and draw closer to Allah the Lord of the heavens and the earth.

Fasting also nurtures gentle forbearing and patience on hardships and difficulties. It provides the believers with both spiritual growth and physical fitness. It strengthens the body and is a cure to many known diseases. Nevertheless Ramadan is a month of all goodness, righteousness and charity. It makes the rich feel the needs of the poor and dawns upon them the realization of the favours of Allah upon them, so their hearts are opened to spending on the underprivileged and needy in the society and the Muslim community. They rush to help them, and this we notice a lot in the month of Ramadan.

.
Customs and Traditions in Ramadan
Ramadan brings unique moments and a spiritual atmosphere to the Muslims around the world. They have established during Ramadan special customs and habits, which differ from one country to another, but the obligations and purposes remain one and consistent with the noble goals and objectives set by the Prophet Muhammad ﷺ.

Breaking fast (Iftar) events, extra care for neighbours, relatives, the poor and the orphans. Various communities offer voluntary services, special kinds of foods and drinks and many other noble actions that bring hearts closer to Allah, and strengthens the bond of brotherhood among the Muslims around the world. But today we see many strange customs and habits invented by our societies that are so far away from the noble goals and objectives of fasting. Ramadan becomes a consumption trend in nonsensical matters; laziness, sleeping, wastefulness, prodigality, entertainments series that Satan kept unchained before he had being chained, feasts of food which cause various health problems.

The month of fasting that was prescribed on the principle of taming the self and depriving it of pleasures, to draw one closer to Allah has turned in the absolute opposite direction, that Allah and Messenger of Allah ﷺ disliked and disapproved.

.
Opportunities Not to be Missed
Numerous authentic merits and virtues of fasting have been discussed and circulated by scholars and preachers, most of which, I believe all of us are aware. The same goes with recommended acts during the month of Ramadan, for more details refer to the books entitled, ‘Fast According to Quran and Sunnah’ by Professor Muhammad Zulfiqar and ‘Nature of Fasting’ by Ibn Taymiyyah.
However, here, I am emphasizing only on 3 exclusive Prophetic promises aimed for those blessed by the month of Ramadan that if we are able to obtain any one of them, we actually have a chance to wipe all our previous mistakes and sins and start on a complete clean slate, begin with no spot on bright new page.

1. Abu Hurairah narrated that The Messenger of Allah (ﷺ) said: “Whoever prays during the night in Ramadan out of sincere faith and seeking its reward from Allah, will have all of his previous sins forgiven.” [Agreed Upon]

2. Abu Hurairah reported: The Prophet (ﷺ) said, “He who observes fasting during the month of Ramadan with Faith while seeking its reward from Allah, will have his past sins forgiven.” [Agreed Upon]

3. Abu Hurairah reported: The Prophet (ﷺ) said, ” Whoever spends the night of Lailat Al-Qadr in prayer out of faith and in the hope of reward, he will be forgiven his previous sins.” [Agreed Upon]

Alhamdulillah Allah has blessed us with so many opportunities to restart our life clean and fresh but most of the time we fail to seize the opportunity. Let’s make a pledge today and right now, make sure to get the best out of this Ramadan and start clean and fresh by the permission of Allah. (if you don’t fight for what you want, don’t cry for what you lost)

The Beloved Prophet ﷺ did not stop with good news only rather he had issued a strong warning note for us all if we failed to seize the chances provided.

It was narrated by Ibn Khuzaymah that the Prophet ﷺ said: “.. And may a man upon whom Ramadan enters and then passes, before he is forgiven, be humiliated …” [Tirmidhi]
The Month of Ramadan is full of opportunities to start a clean and pure journey to Allah, to his paradise and mercy whether it by observing fasting, standing in prayer at night or worshiping during laylatul qadr. Yet if we are willing to receive another record of our failures, we should not blame anyone except ourselves.

Let’s tighten our waist belt and gather our strength, to make this Ramadan different. InshaAllah.