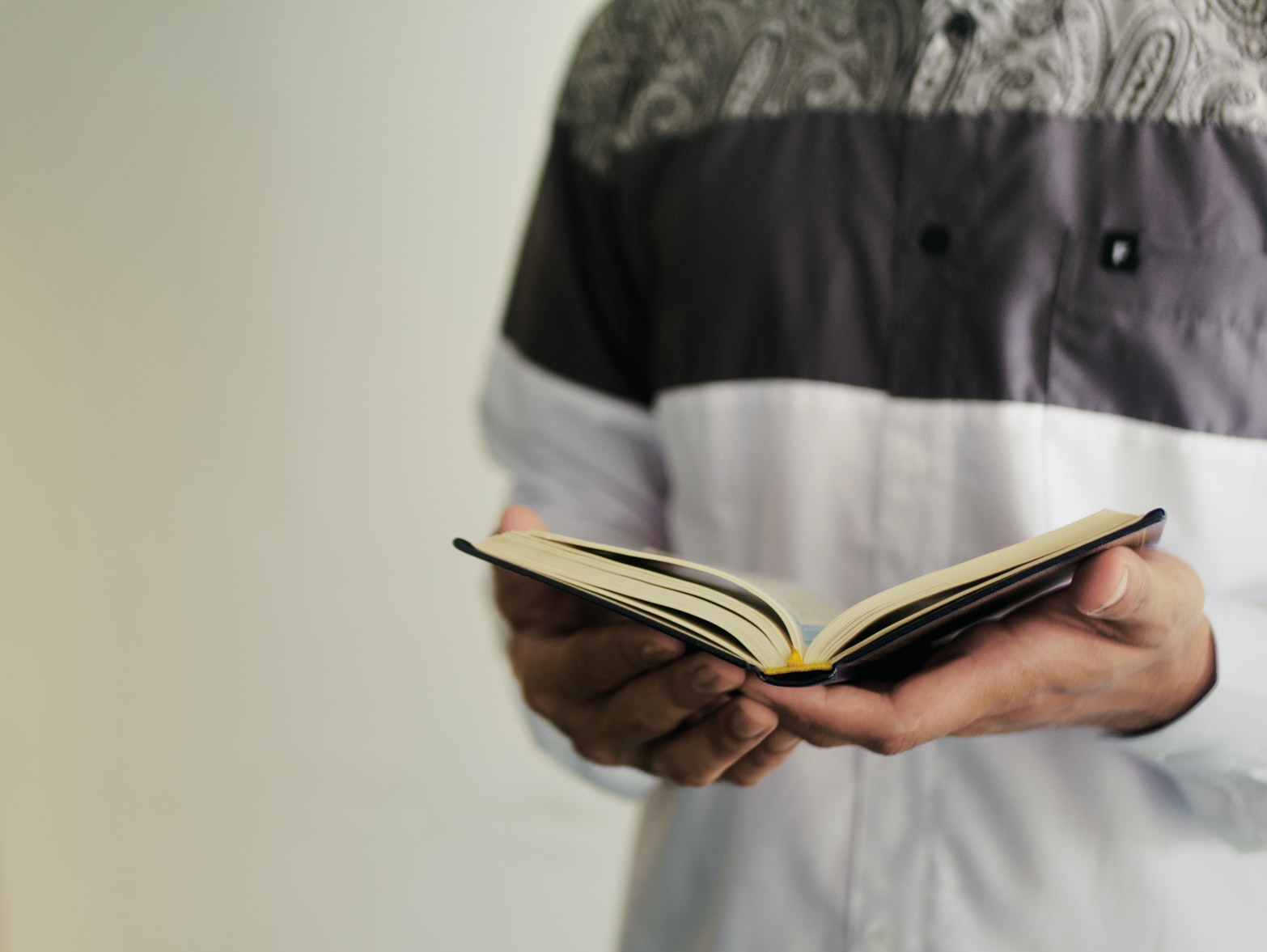 Memorize The Quran In 2 Weeks!

Umar (may Allah be pleased with him) famously stated once that you should take yourself to account before there comes the day when you are taken to account. This is a very powerful statement, and one taken all too lightly by most of us.

*On a side note, before we proceed, I apologize for the clickbait title but be a little patient and you’ll be rewarded with learning the secret to memorizing the Qur’an in under two weeks.*

Over the last several years through my travels, I’ve tried to remain very physically active. There’s an unfortunate PR problem that students and teachers of the Islamic sciences have where they find themselves all too prone to obesity.

It’s a long tradition too, some of our great scholars died with a quill in one hand and grapes in the other. Maybe there’s some extra intangible provision (barakah) in the lentil soups, or maybe it's just all the unhealthy street food we grow accustomed to consuming. Whatever the case, it’s a widely recognized issue plaguing the community.

In order to counteract this problem in my personal life, I have tried to maintain a healthy lifestyle all throughout. Before covid at least, I would try to regularly exercise, whether running or lifting or fighting (jiu-jitsu, wrestling, etc.) And by the grace of Allah, I was quite diligent. For many months at a time, I wouldn’t miss a single day at the gym.

But I couldn’t see the results. I felt stronger, sure. I could lift more and more and had more endurance. But there was always a layer of fat above the abs. It just refused to go away. The body fat percentage never went down to the single digits. I was confused, annoyed. I knew all the theory, and I thought I was applying it all properly. I was sleeping well enough, working out regularly, trying to eat healthy, what was wrong?

Then I met a friend who was, in fact, in the shape I wanted to be in. He has very little body fat and had the same regiment I did in the gym. I asked him where I was messing up and he just asked me a single question. Do you have a food scale at home? Of course not, I replied. I’m not that extreme. Okay then, he answered. Download this app and start counting your calories and macros diligently and let me know what you find.

I did as he said and that’s when the cloud of confusion drew away. Catharsis struck like lightning. I was lying to myself all along. Sure, my sleep was diligent and my time in the gym working out with trainers and fighters had perfected my form and techniques. But at home, I was a mess. I started counting calories only to find that it was a miracle I wasn’t obese. I was eating way more calories than required to shred body fat. I was consuming way too many carbs and added sugars and processed foods and not enough protein, and so on.

As it turns out, all my working out was creating results. It was probably the main reason that I didn’t end up overweight. Had I not had at least that, I would be a wreck. I learned two important lessons from that experience which I try to implement in my life and diet now. Maybe these two lessons will also be of benefit to those struggling with their spirituality.

Invest your time in the right things. Spending an hour in the gym daily is not going to reflect results until coupled with a good diet, something far more important in developing one’s overall health and longevity. This translates over to one’s spirituality as well.

People complain all the time that they feel their relationship with Allah is struggling and they don't know why. There's no external problems and barriers to be pointed to and resolved. They're not suffering from oppression, or abuse, or poverty and so on from which they would need to be rescued.

They just complain of being lost even though they feel like they do everything to get closer to Him. They even pray tahajjud, they tell me! More often than not, they're lying to themselves. Sure, they may have prayed it once by accident when they stayed up too late at night and Fajr came in and they snuck in a couple rak'at.

But I've seen these same people when the time for fard prayer comes in, they’re lazy and often miss it. Are we really being true to ourselves? What benefit does one spur of the moment tahajjud provide in comparison to the disciplined observation of the obligatory prayers? And if one prays the obligatory prayers, is it done in a manner just trying to finish, or really reflecting on the words being recited?

I’ve heard so many people asking me to give them duas that will help them through their various spiritual ailments for which they don't understand the cause. But when I tell them to recite the Qur'an, they think I am demeaning them. But the truth is that many of them cannot recite a page of the Qur'an properly if I opened it up in front of them. Is there any greater supplication than the recitation of the Qur’an? And I’ve seen students who’ve memorized the Qur’an complaining, but ask them if they understand what they’re reciting? Silence.

Are we lying to ourselves? Are we really measuring and taking things to account properly? Are we really investing our time in the right things to build our relationship with Allah in a fruitful manner?

I recently attended a lecture where the speakers were telling us about how many people complain to them about not feeling close to Allah even though they think they worship Allah properly. They were justifying these emotions and talking about how difficult it is to find resolve. I beg to differ. I would just love to ask all these people what my friend asked me, do you have a food scale at home?

I would love to just open a mushaf and ask them to recite a page. Then translate that page in their own words. I swear to Allah a person who could do the two properly (and was blessed to be protected from external issues) would not be complaining unless they struggled with hypocrisy, or found themselves overcome with sins. May Allah protect us.

Results don’t take place overnight, but they’re much easier to achieve when you have the right perspective. People get frustrated when they don’t see the fruits of their actions immediately and drop their consistency. The Prophet (saw) informs us that the best action and most beloved to Allah is the one that is consistent, even if small.

Think about it. Half an hour per page, six hundred pages. That’s 18,000 minutes. Or 300 hours. Or 12.5 days. Review aside, we can’t dedicate 12.5 days of our lives to memorizing the Qur’an? Or a bit longer in learning its words and meanings?

This applies to anything else, just shift your perspective, stick to a regiment, and the results will come. Allah has promised this - “We have made the Qur’an easy to understand and remember…” (Surah al-Qamar). It is a necessary truth.

And at the end of the day, sincerity is the first step. And it’s the most difficult step because sincerity isn’t just words and excuses and lying to oneself. It’s buying that food scale, it's counting the calories, it's clearing the fog that prevents true recognition. Once you have unlocked this door and start acting on the clarity, your goal - whether it's to get shredded, memorize the Qur’an, or overcome your spiritual ills - is only hours and days away from being achieved by the help of Allah.

Indeed, We have warned you of an imminent punishment - the Day every person will see (the consequences of) what their hands have put forth, and the disbeliever will cry, “I wish I were dust.” [Surah al-Naba, 40]

This is a guest article contributed by Ustadh Muzzammil Ahmed who is a graduate of Darul Uloom Nadwatul Ulama and is currently teaching Islamic Studies in America.