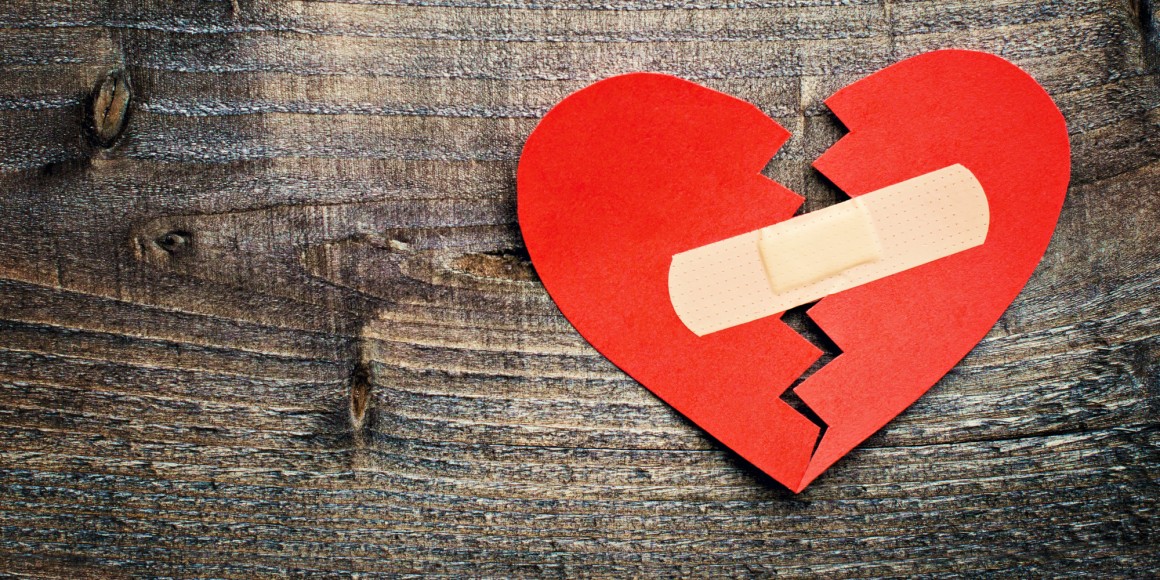 “I never even knew he existed until he started haunting me day and night. Everywhere I looked there he was! Smiling, attentive, romantic and looking at me with hearts in his eyes. He made me feel like a queen. It happened gradually…. I listened to his words, replied to his messages, answered his excessive calls, and finally agreed to meet him! Not alone of course, a few common friends joined us. Until one day he said he had a surprise for me, and begged to see me alone for just 10 minutes! Reluctantly I obliged, and before you know it, I was seeing him almost every day. We’d talk on the phone all night. He’d come pick me up from college and go for long drives alone, or park on a remote street and stare at each other for hours. I wasn’t doing anything wrong, but I still couldn’t tell my parents about him! They would never understand. And so I lied about whom I was talking to, my whereabouts, and even pretended I was meeting up with my colleagues for a course project when in reality I was out with him. The lying pushed me away from my family and closer to him. I loved him so much it hurt! So when he called saying he was sick and needed someone to care for him, I found myself knocking on his door with a bowl of soup and a trembling heart….. But that wasn’t the kind of care he needed. He said God knows our intentions and in His eyes we were practically married. He said if I was really committed and truly loved him I would prove it… and to my utter surprise, I did. I gave in. I fell into a vicious circle of secret love, hoping it would turn to a ‘Happy ever after’. Day in, day out, I lied to my parents, sneaked off to see him, gave him my love, drowned in the sea of magnificent passion and then walked the walk of shame home…

Whoever said ‘it was the best of times, it was the worst of times’ must have been trapped somewhere between the darkness of guilt and the light of hope….”

Switch a couple of words and events around, and that’s basically the story in the anonymous emails I get every single day! Yes, I wish I was exaggerating but only Allah knows I’m actually toning it down!

Anyways, for the few people who know me personally, and accuse me of always being on the men’s side, this piece is a rebuttal. Today I speak for the girls! Our precious, beautiful, innocent Muslim girls who’ve slipped along their path of seeking love….

Don’t start mumbling under your breath yet! Wait and listen to the rest of the daily, real-life stories…

“I became very attached to him to the point of ‘clingy-bordering-on-desperate’! I got paranoid when he didn’t answer my calls. He suddenly became cold towards me! It was hard to believe this was the same man who had given me a romance overdose it literally put me in a love-stricken coma. We started fighting over the stupidest, most trivial things until one day he said ‘this isn’t working’ and I never heard from him again! I’m broken and scared! I lost everything! Even if I find someone better, how will I explain my mistake? How can I move on? Please help me!”

My mind goes blank for a couple of minutes after every plea!

What am I supposed to say?

What do you say to a girl consumed with guilt, fear, heartache and self-loathing? Especially after she bumps into him and he treats her like a stranger, and a couple of months later she sees a picture of him in a tuxedo next to his gorgeous bride, cutting a nine-tiered wedding cake!

What will happen to this girl? Has anyone invented some soothing words to help yet?

No. Because the sad truth is, with stories like these, we are too quick to judge, and too eager to blame the girl, not the man!

Perhaps in other religions, Eve is blamed for misleading Adam عليه السلام and getting them both out of Paradise, but not in Islam! The Holy Qur’an explicitly explains they were both liable. They both listened to that stupid, evil Satan, they both ate from the forbidden tree, and they both slipped. There’s no blame between them here!

And in the case of fornication or adultery, both the man AND the woman are punished, and they’re BOTH regarded as sinners till they repent. So yeah, maybe men and women aren’t equal in a lot of things, but in this specific scenario, they are both at fault. EQUALLY. And that’s called ‘Justice’.

Unfortunately, in our society and culture, the same story portrays the man as ‘an experienced player looking for a chaste woman’ and deems the girl as a ‘cheap woman who must pay the price for her promiscuity’. Even though in the Holy Qur’an, Allah addresses the men, not the women, in the following verse:

“And [also prohibited to you are all] married women except those your right hands possess. [This is] the decree of Allah upon you. And lawful to you are [all others] beyond these, [provided] that you seek them [in marriage] with [gifts from] your property, desiring chastity, not unlawful sexual intercourse…” [Surah An-Nisa]

And even if it’s female debauchery that weakens men, and the woman is 100% sinful and shamelessly offering herself up, like hello! That’s why we have a detailed example in Prophet Yusuf’s story (peace be upon him). As difficult as it might be, the man must have the willpower to refuse! There are no victims here, for it surely takes two to commit the crimes of passion… and a genuine, faithful soul to prevent it.

Some men fake a future to get what they want in the present, and you know what? There are many girls out there naïve, desperate, and/or vulnerable enough to fall in the trap. It’s not just the physical act they’re after, some men will tell you the sweetest words and insinuate you’re the ‘one’ they’re looking for. They’ll captivate you with charm and chivalry and then disappear into thin air, leaving you hanging in pain. What are they hoping to gain? I have NO idea! It’s hard to understand what goes on in the minds of heartbreakers. But let it be known that Allah is Fair, and with the lies masked under the charade of love comes the truth of retribution, both in this life and the Hereafter, because what goes around comes around…

Never underestimate the serenity of repenting, or the power of a young girl’s du’aa soaked in helpless, fearful tears….

To all the young women who’ve been deceived by empty promises….

Is love a basic instinct? Definitely! Without love we would all die inside. But does it translate into full trust? Into giving another person the power to use you and destroy you and then hope they won’t use it! No, it most certainly doesn’t! We are responsible for our own actions, and that includes guarding our most prized possessions…. Our love and trust belong to the men who truly deserve it; our dads, brothers, husbands and sons. Period. (Okay maybe grandpas and nephews, too)

Honey, if your heart has been broken, remember you’re not alone. Allah is here. He’s ‘Al Jabbar’. Only He knows what you’re going through and only He has the wisdom to conceal and forgive. Perhaps a sinner’s humiliation and sincere repentance is more beloved to Allah than the grandeur and arrogance of a steadfast Muslim. It’s not our place to judge, and it’s not your place to give up on the mercy of Allah….

And to all the Muslim parents around the world…

As some of our salaf said, ‘Your love for something causes blindness and deafness’

Don’t let your love for your kids blind you from the fact that they’ll be blind and deaf when they fall in love, too. Teach, discipline, and stay close to them. Trust, but verify! May Allah protect all the young Muslim men and women from their own weakening desires and instead fill their hearts with the pure joy of love…

And as for the men known for their heartbreaking mastery…

This girl you’re jolting around is someone’s daughter, someone’s sister, and she will be someone’s mother. Just like you, she’s at fault, but the difference is, she was counting on you to protect her! Perhaps she’ll pay a high price for it, but so will you, coz Allah is Fair. You’ll probably end up miserable and alone, or end up marrying a wretched woman who will nag you into oblivion! (I’m just guessing here).

All I know is that even if you do and get everything you’ve ever wished for, you’ll never be happy…. Trust me! Her pain will haunt the pleasure you’re desperately trying to find somewhere else!

Maybe you didn’t plan on breaking her heart, but now that you did, you don’t get to walk away untarnished. Help her heal! Even if it’s with a sincere apology or a hidden du’aa to the Merciful Lord to send her someone to love and protect her.

Someone who can fix what you broke….

May Allah guide us and forgive us all….
Ameen