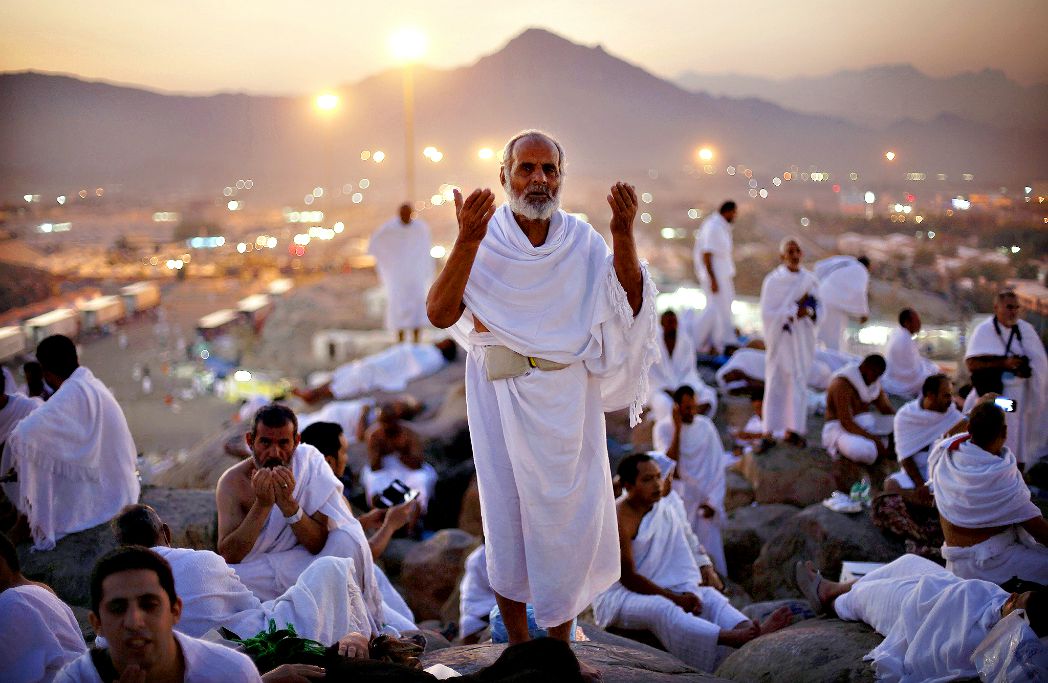 Hajj – The Ones Far Away

“As I was asking Allah (Subhan w’taala) for something that I really wanted in front of the Kaaba. I was genuinely asking Allah to give me a sign since he knows what’s right and what’s best. As I was opening the Holy Qur’an, I found what I was looking for. His answer.

The prayer that man should make is for good, he maketh for evil; for man is given to hasty (deeds). – (Surah Al-Isra)

In other words, my friend was praying for something that she really really wanted which was dangerous for her even though she thought it was good for her. Allah was telling her to wait because she deserved better and that something worthy was coming her way. But not this. Not now. He answered her prayers.

Was it true? Is there a much more amazing bond with Allah when we are near the Kaaba? Would He respond to my inquiries, thoughts or problems almost instantly? Like that? Do miracles happen? I wouldn’t know, I never went there, I wish I would have to give you answers to these questions, however I was blessed with the lots of stories from those who went from my beloved and truest friends, family and trusted circle. Having that said, I used their stories answer my constant thought, and main question: Do miracles happen?

To start off, let us first clarify the main rites that are carried out in the Kaaba which is in the sacred city of Makkah in Saudi Arabia. Those rites are Hajj and Umrah. The Kaaba is a black box like structure built by Prophet Ibrahim for the aim of worshiping Allah. Allah then rewarded him by attributing the House to himself and essentially making the honorable Kaaba the devotional epicenter where all Muslims face, when offering their salah or prayer. Moreover, the direction of prayer is known as the qiblah.

Hajj, is the pilgrimage to Makkah and it is an essential practice in Islam is carried out in Kaaba.

Hajj is an Islamic obligation.

When does it start?

The ceremonial act of Hajj is on the 8th day of the last month of the Islamic year of Dhul-Hijjah and the time of the year where Muslims come to terms and prepare for. Some would memorize duaas and rituals while others will be learning by heart the duties of Hajj.

Muslims shall ask forgiveness from each other for their past mistakes before going to hajj. Many will wait a long time for this moment to arrive, having to save up for years to fulfill this Islamic obligation while others will travel great distances from faraway lands for this intense reward that Hajj has to offer. In fact, I remember this story about the man from India that waited for 6o years to go to Hajj. He was saving up since he was 20 years old. The perseverance of that man to fulfill his obligation is heartening and uplifting.

Allah, Subhan w Ta’aala, explains this in the Qur’an:

“And proclaim to mankind the Hajj. They will come to you on foot and on every lean camel, they will come from every deep and distant (wide) mountain highway (to perform Hajj).”[TMQ Al-Hajj: 27]

Which reminds me of this other story about my friend’s mother.

Her mother was a police officer and was planning to go to Hajj for years. She never got the chance to because she never got a break from work and taking care of her two daughters. Thankfully, my beautiful friend got married and just two weeks ago, her mother got a call that she was one of those who were chosen to got to Hajj, for a whole month for free. They all couldn’t believe it ofourse! It was Allah calling for her mother.

Again, it was one of those stories that gave me goosebumps because it is just like a light bulb flashing right in to the pupils of my eyes, showing me how Allah is the most Merciful, the most Forgiving, the most Kind.

That if I do not believe for a split second of the happening of miracles in Hajj, then I should think again.

Which brings me to another point about the beauty of Hajj. Tens, hundreds thousands of pilgrims all over the world together, all one were participating in the same ritual and act of unity. It struck me the most because I was always an individual that focused on the societal and race problems between people. In Hajj, it didn’t matter, you see. Whether you were African American, Bangladesh or an American Muslim, it didn’t matter. It didn’t matter if you were a multi-millionaire or just a plain simple human being. You were all one. It was overwhelming to realize that, really.. With all these capitalistic values and globalization of what to wear, or buy, nowadays, in hajj, it really didn’t make a difference.

In fact, Imam Kamel Mufti,an American Muslim Scholar, illustrates this Islamic practice in his article and painted the picture for me so well. He said in his voyage to pilgrimage they had all had begun intermittently calling out

“Labbayka! ( Allahumma) Labbaya!” (At your service, O Lord!)” Packed were pilgrims of “white, black brown, red and yellow people, blue yes, and blonde hair, and my kinky red hair- all together, brothers! All honoring the same God, all in turn giving equal honor to each other.” He adds that he has “never before seen sincere and true brotherhood practiced by all colors together, irrespective of their color.”

It is surreal. I would say. I was stuck in this transfixion. These questions still in my head. Eager more than ever to know, to understand this Islamic obligation and its magical aura.

My friend then tells me a story of how, when they were in Makkah, performing the ritual and going around and around, one of the Muslim sisters asked them to pray for her brother who had so many difficulties that there was no hope for her to see him again. It was a very sad time for her and so most if not all prayed that her brother would come back. Miraculously, after they were done, she got a phone call.

It was him. He was back.

Was this a dream? Did a miraculous incident just happen?

I will conclude about instant thoughts and how there can be an exceptional connection between you and Allah in Mecca.

As I recall in one gathering, my friend was telling us how she was extremely delighted with her trip to Makkah, Subhan Allah, my mind intrinsically remembers what she said about that trip as if it was yesterday,

For her, in one of the last days of Ramadan, she recalls walking back to the hotel from the Haram after Asr prayer. She describes how it was extremely hot and sunny, more than any other day and sahe remembers.. She remembered thinking to herself “Oh my God, La Illaha Illa Allah, I’m melting! This is so hot!” After she arrived to the hotel, she rested briefly before Maghrib Iftar and went back to Haram for the Qiyam. While having Iftar, she saw lighting and thunder and rain started  pouring in the streets, covering everything. She left Iftar and rushed to Haram to catch the prayer. She was walking in the rain and couldn’t believe that minutes ago they were melting from the hot weather and that now they were covered in rain. Subhan Allah.Allah’s power is indeed incredible and fascinating. It was a witry night she says and she explains how it was expected to the Night of Power and what an amazing way for Allah Glorified to show us His Power and Ability to transform the conditions around her and within them entirely from difficulty to ease and coolness and peace.

It inspired them while doing Duaa that night and they remembered the first verse of Surat Al Mulk where Allah said:

“Blessed is He in whose hand is dominion and He is over all things competent.”

They remembered that indeed, whatever that is in Allah’s hands and that He can change everything and transform everything in to time as He pleases and when He knows that we are ready to observe, he gives us even the slightest lesson to learn from the wisdom.

Indeed both Hajj and Umrah are epic and intense journeys. Allah will teach each person what they need to go through to learn and grow and get inspired, humbled and much more. Each person will definitely have a unique story to tell from this journey and that they’re all unique and tailored to the soul. I definitely had a story to tell. It was a story that combined miracles. Yes. Miracles do happen….