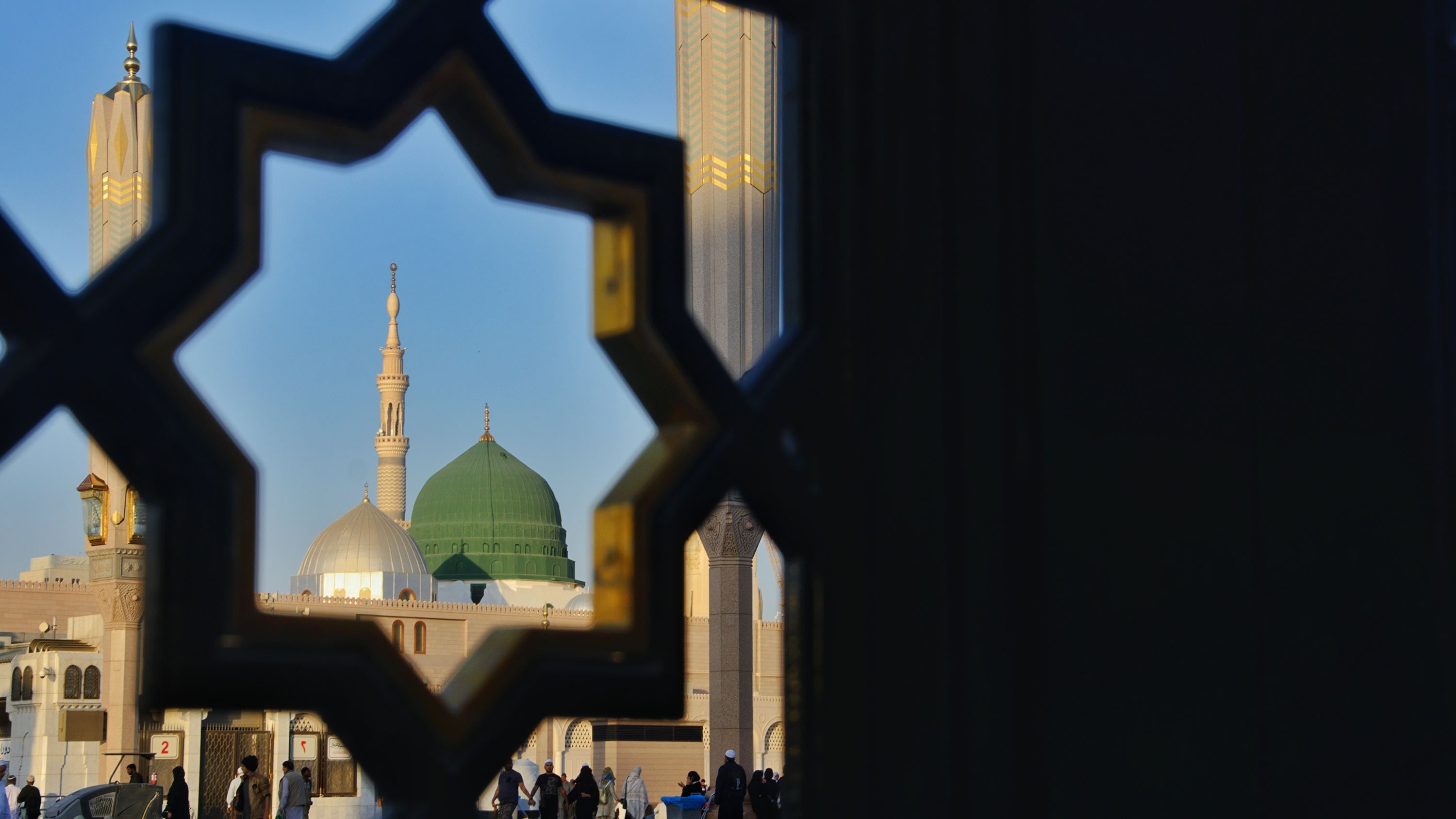 On one side we see his enemies from among the idolaters and their allies who were actively engaged in defaming his personality, while he on the other side, he was focused on presenting a practical model of God-worship, piety and devotion, purity of morals, community life, justice and equity, generosity of the rich, care of the poor, fulfilment of pledges and fairness in worldly dealings. His teachings and presence was conquering the hearts of the people.
Farid Abu Ahmed

Allah says in the Quran,

And did We not exalt your repute? [Surah al-Inshirah, 4]

This ayah was revealed at a time when no one could even imagine how an individual with just a handful of followers who were confined only to the city of Makkah would go on to become such an exalted figure throughout the world, and the unimaginable level of fame that he would attain for centuries to come.

On one side we see his enemies from among the idolaters and their allies who were actively engaged in defaming his personality, while he on the other side, he was focused on presenting a practical model of God-worship, piety and devotion, purity of morals, community life, justice and equity, generosity of the rich, care of the poor, fulfilment of pledges and fairness in worldly dealings. His teachings and presence was conquering the hearts of the people.

Within a short period of time, the Prophet’s ﷺ influence became so exalted that the same land in which the opponents had exerted their best efforts to defame him, reverberated with the slogan of “Ash hadu anna Muhammad ar-Rasul Allah” which means “I testify that Muhammad is The Messenger of Allah” from one end to the other.

Today, there is no place or time in the globe where his mention is not being exalted and honoured. This is a clear proof of the truth of the Quran which during the initial stage of the Prophethood, Allah proclaimed,

And did We not exalt your repute? [Surah al-Inshirah, 4]

Interestingly enough, Allah the Almighty has actually exalted His Messenger ﷺ directly through His enemies, such as those who took the reign of defeating his mission from the very beginning (leaders of Quraish and their allies), to the modern day enemies such as Geert Wilders, Rushdi, Mody, Charlie Hebdo and many more. They are all contributing greatly to the curiosity of the people who came to know of the Prophet’s ﷺ teachings, Islam, and the final revelation of Allah – Al Quran.

As a result, thousands have discovered the real beautiful message of this great personality named Muhammad ﷺ, this great religion called Islam, and this noble book called The Holy Quran. It is through that, that they have finally accessed the answers to their life’s big questions. As an Arab proverb goes “The magic turned on the magician”. Yes, their plots went against their will, and much thanks to our enemies for your insincere promotion of our faith.

For us believers, it is not at all a surprise, as we knew from the very first day that this religion of ours will prevail, from the north to the south, and from the west to the east. Our beloved Prophet Muhammad ﷺ said,

“This matter (Islam) will keep spreading as far as the night and day reach, until Allah will not leave a house made of mud or hair, but will make this religion enter it, while bringing might to a mighty person (a Muslim) and humiliation to a disgraced person (who rejects Islam). Might with which Allah elevates Islam (and its people) and disgrace with which Allah humiliates disbelief (and its people).” [Ahmad]

We knew that this man, Muhammad ﷺ– his fame will be exalted in the heavens and earth through either love or hate, with Allah’s decree.

We also firmly believe that this book, Al Quran will remain intact, preserved, and unaltered till the day of resurrection, unlike previous scriptures that have been corrupted in the form of additions or subtractions or alterations of their original texts.

Indeed, it is We who sent down the Qur'an and indeed, We will be its guardian. [Surah al-Hijr, 9]

This ayah is a challenge to all of mankind, and everyone is obliged to believe in the miracles of this Quran. It is a clear fact that for more than 1443 years, not a single word of this Quran has been changed, although the disbelievers had tried their best to change it in every way, but they failed miserably in their efforts as mentioned in the ayah above. Glad tidings for all of you who have received this faith, this man, and this book, by Allah you have succeeded in both worlds even though temporarily may you have faced life's highs and lows along the way.

We humbly invite the rest of the world by saying that you deserve to know more about this faith, this man, and this book, believe me you will be fully surprised by how miraculously this religion elevates you, honours you, and solves your life matters in a very convincing way.

O mankind, there has to come to you instruction from your Lord and healing for what is in the breasts and guidance and mercy for the believers. [Surah Yunus, 57]