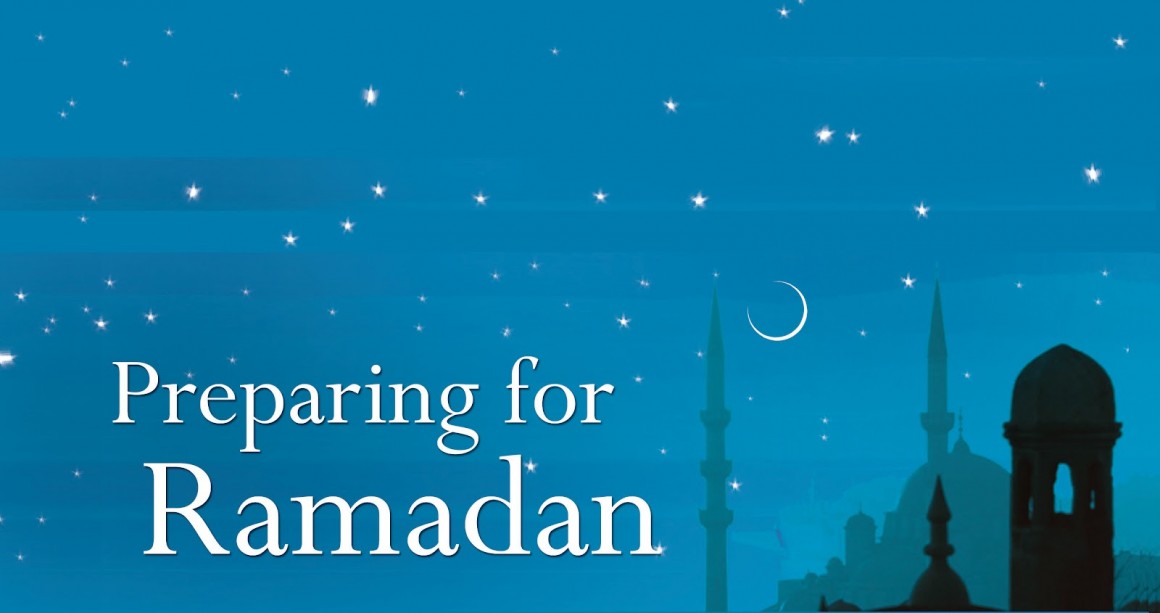 Okay, pull your trainers on, and get ready for the race of the year! Ramadan! Our beloved guest is here and we’ve got some serious training to do. And I’m here to help you shape up.

Now, what’s really interesting is that most people don’t realize that Ramadan is a race. From the first sighting of the moon, the whistle is blown and then it is ‘race to the finishing line’ or at least, that’s what it’s supposed to be like for us, instead of lazing around and checking our watches every five minutes, wondering how many hours are left till the time to break our fast.

Ramadan is more than just fasting. It’s training for the soul, a ‘recharge’ button, and it only lasts a month. Well you might say that ‘optimistically’ speaking, we should view it as a long time, but if you want to make the most of this month, then you really have to imagine that you’re on a racetrack for gaining reward, so that every small action seems ginormous in your eyes, whether good or bad, and you’re literally racing others to do good deeds, as well as racing yourself, so that this Ramadan isn’t the same as the last but way more productive.

So, to start off, I’m going to tell you a story that had me up on my feet in no time, but here’s the fun part, you’ve got to imagine it.

Imagine a homeless man, covered in rags and reeking of an overpowering foul stink, his hair hasn’t been touched by water for months and every inch of him is smudged by dirt. What would you think of him? Oh, yeah, great minds think alike, me too – he’s in desperate need of some help. So now, imagine a rich, well-dressed gentleman stroll past him and then swerve around and on seeing him for a second time, feel some pity for him and offer him a hotel room. Now, here’s the awesome part, it’s not just any hotel room, it’s a Royal suite at the Ritz hotel, with over 160 square metres of floor space, a spacious drawing room, a separate dining room, and even a study. Now that’s what I’m talking about! So the homeless man unhesitatingly accepts, who wouldn’t right? He actually jumps to his feet, screams at the top of his lungs and much to the gentleman’s horror, gives him a huge bear hug. Nevertheless, the gentleman keeps to his promise and takes the homeless man to the hotel, dropping the keys to the Royal suite into his grubby hands and telling him he can spend an entire month there. One. Whole. Month.

Nope, I’m not kidding. So a month goes by and the gentleman returns, excited to see the transformation the homeless man must have gone through. He knocks on the door, and a moment later it’s opened by… the very same homeless man he met on the streets a month ago. Dressed in the same rags. Smelling of the same foul stink. And covered with the exact same amount of dirt. With only one noticeable change, he’s as fat as an elephant. Apparently, all the homeless man did while he was lounging in one of the most expensive hotel suites around the globe for an entire month was eat, and eat, and eat. The End.

So, what did you learn from the story? Well, the ‘moral’ of the story is this: When you have a precious opportunity in your hand, don’t let it pass you by! Catch hold of it and make use of it. The same goes for Ramadan, because as Muslims, we’ve got in our hands the opportunity of a lifetime, which unlike the situation of the homeless man, actually comes around every year, if we’re lucky enough to experience it again. It’s a bonus month, where you can stack up on some great rewards.

So, if you’ve learnt anything from this story, I hope it’s this – don’t just starve yourself during Ramadan, because we’ve got the chance to multiply our rewards by infinite amounts. We’ve got the opportunity to cleanse our souls, wipe the grub off our hearts, and change our old habits for new and better ones. The gates of Paradise will be open. The gates of Hell will be closed. In essence, we’ve been given a shot at changing our lives. The question is, will we take it?

So, training starts now. Just like you would train for a marathon or study for an exam, prepare for Ramadan. It’s the most blessed month of the year, and wouldn’t it be such a shame to waste it? Don’t end up like the fat, homeless man. BE PREPARED, BE PRODUCTIVE, and most of all…. BE EXCITED!