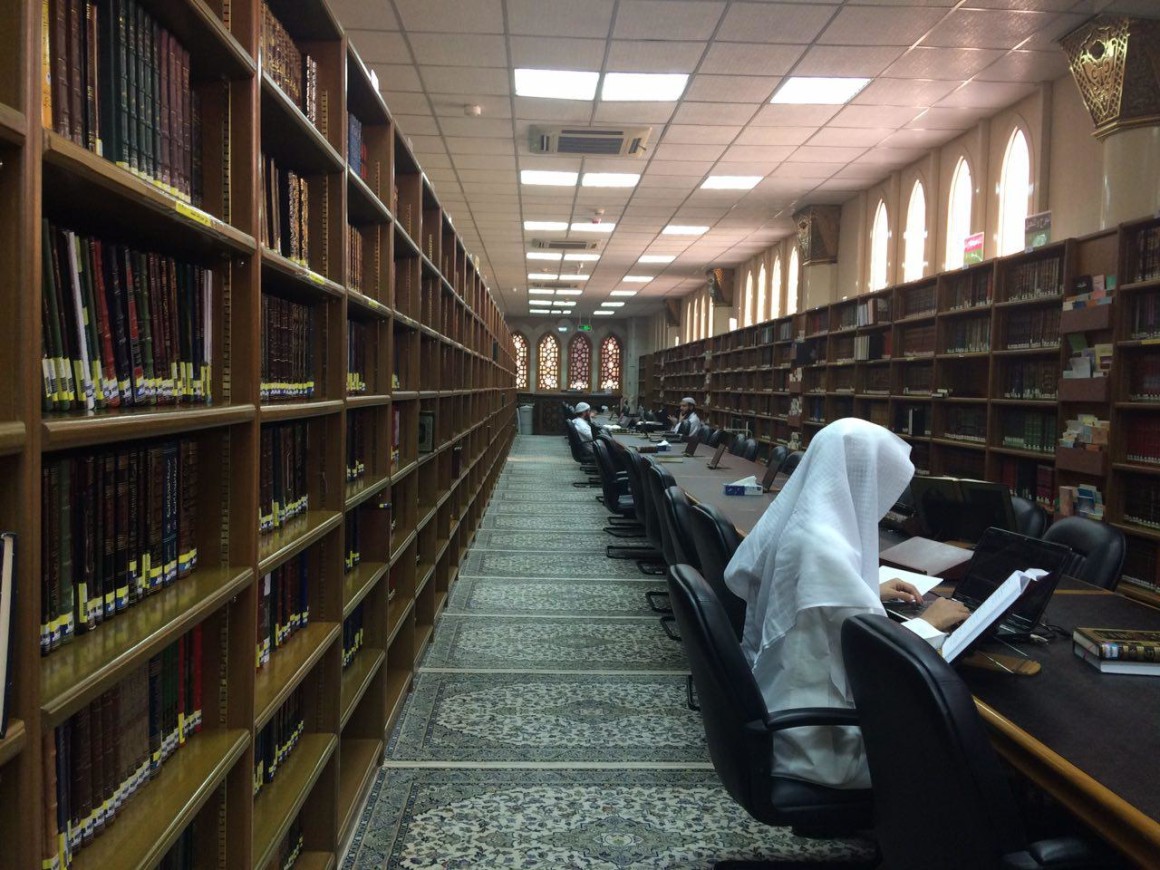 Man’s greatest fear is death. Our fear of death is existential. Death is associated with everything horrid and depressing. We tend to not remember it as much as we can. Everytime we encounter death, it is a tragedy we never expect. Subconsciously, we are attached to our embodied existence, and dispossession of our soul is the last thing we want to think about. Somehow, our minds cannot fathom the fact that the soul does not die when it leaves the body. Is it purely an instinct or a lack of readiness that we fear death?

Bravery is not the absence of fear, it’s the mastering of fear.

So can we master our fear of death? Can we make it work in our favor?

In hope and fear

Fear of death is meant to lead to piety. Fear of Allah leads to hope for His mercy. Death could be the best thing to ever happen to humans. Undisputedly, death is the best deterrent.

It is an end to the test of life and a beginning of eternity.

“Indeed, they used to hasten to good deeds and supplicate Us ​in hope and fear​”
[Surah Al-Anbiyah, 90]

Is death a disaster?

The concept of calamity is widely misunderstood. Reacting to calamities when they strike, away from the quranic guidance, ruins the chance for the heart and mind to bounce and be reclaimed.

Both terms ‘museebah’, calamity and ‘shukr’, gratitude recur in the Quran 75 times. This recurrence emphasizes on the significance of understanding the meaning of calamity according to the Quran, and how Allah wants us to deal with it in a way that protects our mental health and ensures a clearway to seek happiness and Allah’s pleasure.

“Who, ​when disaster strikes them, say​, Indeed we belong to Allah, and indeed to Him we will return.”
[Surah Al-Baqara, 156]

The Quran explains why calamities happen. Allah promised the believers who are afflicted with calamities blessings and mercy (forgiveness) and are described as the rightly guided. (Ibn Kathir)

Linguistically, in Lisanul-Arab, disaster is what strikes you or harms you in life. While the disaster of death affects the living who grief and mourn the loss of their loved ones, for the dead it is the end of his life and deeds. The deceased is the one who adds meaning to their death before they pass this life to another.

If you know how to walk to Allah, if you know how to behave in such way that qualifies you to meet with Allah s.w.t pleased, if you followed Allah’s guidance and did good and abstained from evil and haven’t let your desires rule over you, know that you made a blessing from your own death. If you didn’t, on the other hand, follow Allah’s guidance to you and did evil, then your death becomes a disaster. The disaster of death is that it is the closure to life and deeds. Shut is the record and the registry closed. Deeds come to an end for the deceased except for three: ceaseless charity; a knowledge which is beneficial, or a virtuous descendant who prays for him.

The death we escape will meet us

Fleeing from death brings to my mind a daily scene. My house is in downtown surrounded by the cityscape and construction works. The horizon is interrupted by the lofty hotels nearby as they cover the last scene of sunset. When I look at these towers and skyscrapers I imagine myself on the peak with masses of people all trapped in the roof of a building, and all the towers in the city start melting down like cotton candy. A scene reminds me of the signs of the hour and death.

“Wherever you may be, death will overtake you​, even if you should be ​within towers of lofty construction​.”
[Surah An-Nisaa, 78]

What happens to us if there’s no end to this life? If there’s no death? What if all tyrants and all nations from the beginning of creation are still alive to this day?

​ “O Allah, make my religion easy for me by virtue of which my affairs are protected, set right for me my world where my life exists, make good for me my Hereafter which is my resort to which I have to return, and make my life prone to perform all types of good, and make death a comfort for me from every evil” [Muslim]

People die everyday, be infants, youth or elders. Some fall sick and fight long battles against illnesses. Have you not felt it was a relief for them after all that suffering? Thinking of what could happen after death to the family of the departed or to the dead themselves, leads us to know nothing. The when, why and how of death are in the realm of the unseen which only Allah controls.

“So they set out, ​until when they met a boy, al-Khidhr killed him​. [Moses] said, Have you killed a pure soul for other than [having killed] a soul? You have certainly done a deplorable thing.”
[Surah Al-Kahf, 74]

“​And as for the boy​, his parents were believers, and ​we feared that he would overburden them by transgression and disbelief​. So we intended ​that their Lord should substitute for them one better​than him in purity and nearer to mercy.” ​
[Surah Al-Kahf, 80-81]

“Everything will be destroyed except His Face”
[Surah Al-Qasas, 88]

​If life is forever!

In a world where shedding blood is like wasting water and death is a norm, we often feel desensitized. Most of the daily news on TV and social media are about mischief and death. Not a boost of spirit, rather very depressing that you feel you don’t deserve to live. The thought of just quitting all the hustle and living your life in your little desensitized heaven crosses your mind every now and then, because who doesn’t yearn for the ability to keep going and doing the best they can with what they have before their time comes?

Clinging to life is like leaning on a straw to save you from drowning. Think of this Earth as a bubble that’s awaiting a pinprick to explode, you would feel the unworthiness of its materialism far more than you can imagine. Wishing for a prolonged life must be accompanied with asking Allah to better your deeds. If you ask Allah for a long life say:

“Oh Allah bless my life span with Your obedience.”

“And he ​to whom We grant long life We reverse in creation​; so will they not understand?”
[Surah Ya-Sin, 68]

This is an ayah meant for those who were led astray. Allah can take man from strength to weakness or reverse him to a state of a child if He wills. (​Al Bahr Al Muheet). The ​point is, if Allah wills to make prolonged life a reversion or deterioration, He would. Here death becomes a solace!

“And if You wish to try people, then ​bring me to You​ without being tried.” ​
[Muwatta]

Train yourself, be accustomed.

Remembering death is a character of the believer.

The more you sense death approaching the more you work for your life after death. And aren’t we always looking forward for what’s next?

We must teach children about death in our schools. We must have it on our shoulders to make children and youth understand what death is and why does it occur. Instill in them the love to meet Allah. Make them raise all their hopes to meet Allah the Ever Lasting تﻮﻤﯾ ﻻ يﺬﻟا ﻲﺤﻟا and put their trust in Him so that as they grow they rely only on Him. So that when they lose anything in life they run to Him.

The Grave Replica (My bed)

“Allah takes the souls at the time of their death, ​and those that do not die [He takes] during their sleep​. Then He keeps those for which He has decreed death and releases the others for a specified term. Indeed in that are signs for a people who give thought.”
[Az-Zumar:42]

When you go to bed tonight don’t let your phone ease your sleep. Don’t watch something on TV till you drop! Put your phone aside and cover entirely under your blanket to silence the life outside and think. Think about death. Think of your blanket as your coffin and try to visualize your deeds, the good and the bad. If your deed were to be men, how would they look like. Whatever picture of them comes to your mind double the effect you get. Now start fresh! And be keen on reciting this Dua:

“Oh Allah make our graves better than our houses”

If it’s not for death we wouldn’t feel that our meeting with Allah is near. Have you ever wondered, how would we bare not meeting Allah after all this waiting, if we live on Earth forever?

Would Earth be a place we want to stay on? We’d surely want to meet Him. We would love to see His face as clear as the moon we see at night.

Would my death be painful, or would it be peaceful?

Five times a day when you pray, you meet Allah. How your prayer is to you right now is how your death will be. If prayer is sweet to you, so would your death be. If your prayer is a burden on you, death will be heavy on you. If you dislike meeting Allah in your prayer at the time of the calling, why would you want to meet Him when you leave? The longing to stand between Allah’s hands in prayer will be the same when you die.

Number of times “Life” is mentioned in Quran = 145

Number of times “Death” is mentioned in Quran = 145

Number of times the Hereafter is mentioned in Quran = 115