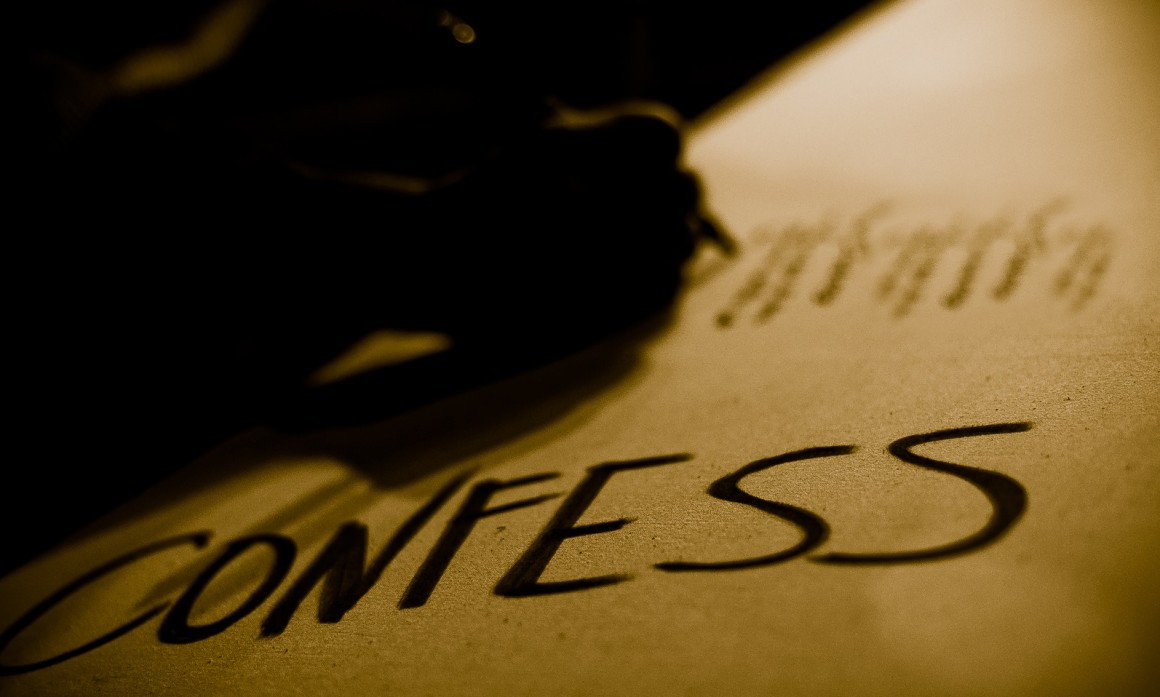 Confessions Of A Drama Queen | Chapter 2

“How can… how can anyone do that to her? I was too bewildered to talk.

I was not able to believe this at all. Why would anyone do this to Maryam? I mean, of course my intense dislike for her, bordered on hate even, was still there but I still felt sorry for her. I knew that now everyone in school, will only talk about this. Why would she even take such pictures? I couldn’t begin to understand.

The thing that I couldn’t understand was why anyone would take such a personal picture of a girl and post it on the social media? Does the person have no sense of shame at all? And why did Maryam even agree to be photographed like that? I knew that Maryam was quite “open-minded”, but this isn’t “open-mindedness”. It’s downright shameful.

I logged onto my Facebook account and indubitably, my entire newsfeed was filled with stuff about Maryam. I could see that even her friends were against her. Nobody was backing her up. I recalled that I used to be so jealous of Maryam and her friends. I was lost in thought the entire day and I couldn’t really stop myself from feeling a sense of pity for Maryam. She had everything, money, beauty, popularity, you name it. But it all went away in a moment. I could see people making fun of her and calling her names and pointing fingers at her character.

At school, all I could hear were rumors about Maryam. She wasn’t present in school, and I was relieved for her. I didn’t want her to hear the things people were talking about her. Even though she never did anything good for me, I felt obliged to defend her for some very weird reason. Maybe just because she was a girl? Or maybe because she was a Muslim girl? I’ve always been taught to conceal other people’s flaws. What a person does or does not do is between him and his Lord. The Prophet Muhammad صلى الله عليه وسلم said; “whosoever covers (the sins of) a Muslim, Allah covers (his sins) on the Day of Judgment.” [Bukhari]

I heard rumors that Maryam was soon going to get expelled from school, it just didn’t seem very fair to me. Nevertheless, it was not my place to say anything. It’s not like she was a good friend of mine. I had problems of my own to deal with. I was still constantly bullied and I was too busy blending into the background. But eventually, after Maryam did come back, everyone shunned her, nobody would talk to her or sit with her. To be honest, I did feel a little bit of pleasure at this. I did feel bad for her but I didn’t really feel guilty. I thought as long as I wasn’t spreading rumors about her I wasn’t doing anything wrong. Like most bystanders do, I closed my eyes to all the atrocities. I had enough to deal with on my plate. Nobody was ready to hear Maryam’s side of the story, nobody really cared. All people care about is drama. Maybe it helps us cure our boredom and maybe, just maybe, it helps us build our self-esteem. Isn’t this what we all do? We close our eyes and pretend that nothing is wrong. Maybe it gives us a much needed ego-boost. How seldom do we say that we wish we could help but it is not our place? That’s what I said at the time.

A few weeks after this incident, there was a new student who joined our school, and she was very beautiful and immediately became extremely popular. She was instantaneously filled in on all the gossip. I wanted to be friends with her, she seemed nice enough. I gathered my courage and walked to where she was sitting.

“Hey! Assalamualikum.” I gingerly sat next to her and extended my hand towards her.

“Walaikum salam.” She smiled widely and shook my hand.

“Yup, and what’s your name? I haven’t really seen you around much.”

“Masha Allah. That’s a beautiful name. Why haven’t we met before?”

“Well, actually…” I looked around and then said, “I’m…I tend to blend into the background. I don’t like… diverting attention towards me.” I blurted out.

“Nobody really likes it though.”

“Not necessarily. You heard about Maryam, right? She always wanted attention. ALWAYS.”

“Well, yes I did hear about her but I don’t know her personally. Nobody ever told me what exactly happened, so I can’t really be a good judge. Do you know where she is now and how she is?” She asked me.

“I just feel so bad for her. That poor girl didn’t even get a chance to redeem herself or even clarify anything. Did they find out who posted those horrific things?”

“I’ll just say whatever you do comes back to you. She was really mean to everyone. I’m not saying she deserved it but…maybe I am. I don’t know.”

“C’mon what could she have done to make you say that?”

“Let’s just say I don’t want repeat whatever I have already buried deep within me.” I said and got up to left.

“Yes doctor, I’m on my way.” I placed the phone down and hurried towards room number three.

I was finally living my dream. I was helping people. I was a renowned psychiatrist, I had a loving family and I felt more beautiful than ever.

As I was rushing towards room number three, I saw a familiar face. I couldn’t exactly connect the face to a name, but I was certain that I had seen her before. I didn’t have time to stop and enquire about the patient.

“Where have you been, I’ve been waiting for you.” Dr. Ahmad said.

We discussed the patient for a bit and then I asked him,

“Doctor, there was a lady in room six, if I’m not mistaken, is she a patient?”

“Why, yes. She is. She came to us in a terrible state actually. She was recently admitted. Why? What’s wrong?”

“Hmm, she just seemed familiar. I feel I’ve seen her before.” I said, lost in thought.

“She is from your hometown, maybe you know her from there. Anyway, allow me to take your leave, if you want I could forward her files to you.”

“Oh yes, please do. Thank you so much Dr.” I said as he left the room.

I got busy with my clients for the day and at half-past five, packed up my things and waited for my husband to come pick me up. I went home and prepared dinner for my family, I didn’t really think of that lady or rather, I didn’t have time to think about her.

That night, as I was checking my emails, I came across Dr. Ahmad’s email and what I saw was extremely shocking. Now I know why she looked so familiar. I was unable to register her name because she looked so different.

‘Maryam Ali.’ The file read. I was unable to believe my eyes. After all these years, I would see her again. I wanted to know what happened to her and why she was in such a state.

The first thing I did when I went to work was to check on Maryam. I stood outside her room, deliberated whether I should go in and talk to her or not. Would it be unethical on my part? I decided to take a chance. I rapped on the door, 3 quick knocks and I entered the room. She was folding her clothes. She stood up and stared at me. She gawked at me for a good five minutes. None of us said anything.

I cleared my throat and said, “Assalamualaikum Maryam. How are you feeling today?”

I smiled and went towards her and held her hand, “I am one of the doctors here. Dr. Noor.”

“Do you know who I am? Have you met me before?”

“Do you want me to leave?” I asked her

She shook her head and signaled me to sit next to her. I sat down and said,

“I know who you are.” She looked at me and said.

“Yes, we used to go to the same school. Do you remember?”

“Yes, of course I do. I used to be beautiful then. I had so many friends, my family loved me. My life was beautiful.”

I realized that whatever happened in school, really affected her. The fact that nobody came to her defense took a serious toll on her mental and physical health. I think it’s quite understandable though. I mean, honor and purity is almost synonymous with a Muslimah. I remembered that I had read Dr. Ahmad’s diagnosis and he found that Maryam suffered from a severe case of depression and post-traumatic stress disorder. This actually meant that the leakage of her picture in a compromised setting really did cause her a lot of trauma. People usually would say that she must be faking her illness just so she can “justify” her behavior, but the mind doesn’t lie. The mind cannot fake anything.

After a few sessions, she told me that after the incident, she was completely shunned by the society and her family. Nobody asked her what really happened that day. Nobody bothered to because they were getting “exciting gossip” that had already spread like wildfire. How can we expect a person to be sane after all this? Maryam was just a teenager like me at that time. You can’t really expect a teenager to cope with so much distress. And the society that we live in now, there are no second chances given to people. “People never change.” This is usually our tagline. Even when people do, we fail to acknowledge it.

I vowed to do everything I could to help her. The little girl who was bullied for her physicality was left far behind. I knew that Maryam was completely broken and to fix her, I would have restore her trust, love, self-esteem and most importantly her love for the Lord. It doesn’t matter what she did in her past, or what she did not do. Nobody in this world has any right to make a person’s sins known to the entire world.

Prophet Muhammad صلى الله عليه وسلم said; “All of my Ummah will be excused, except for the Mujaahireen (those who make their sins known).  And verily it is a kind of Mujaaharah (exposing one’s sins) that a man does something (sinful) at night, and then in the morning, when Allah has screened his sin for him, he says, ‘Hey So-and-So!  I did such-and-such last night…’  And the night passed with His Lord screening him, and he wakes up casting aside the screen of Allah from himself.” [Bukhari]