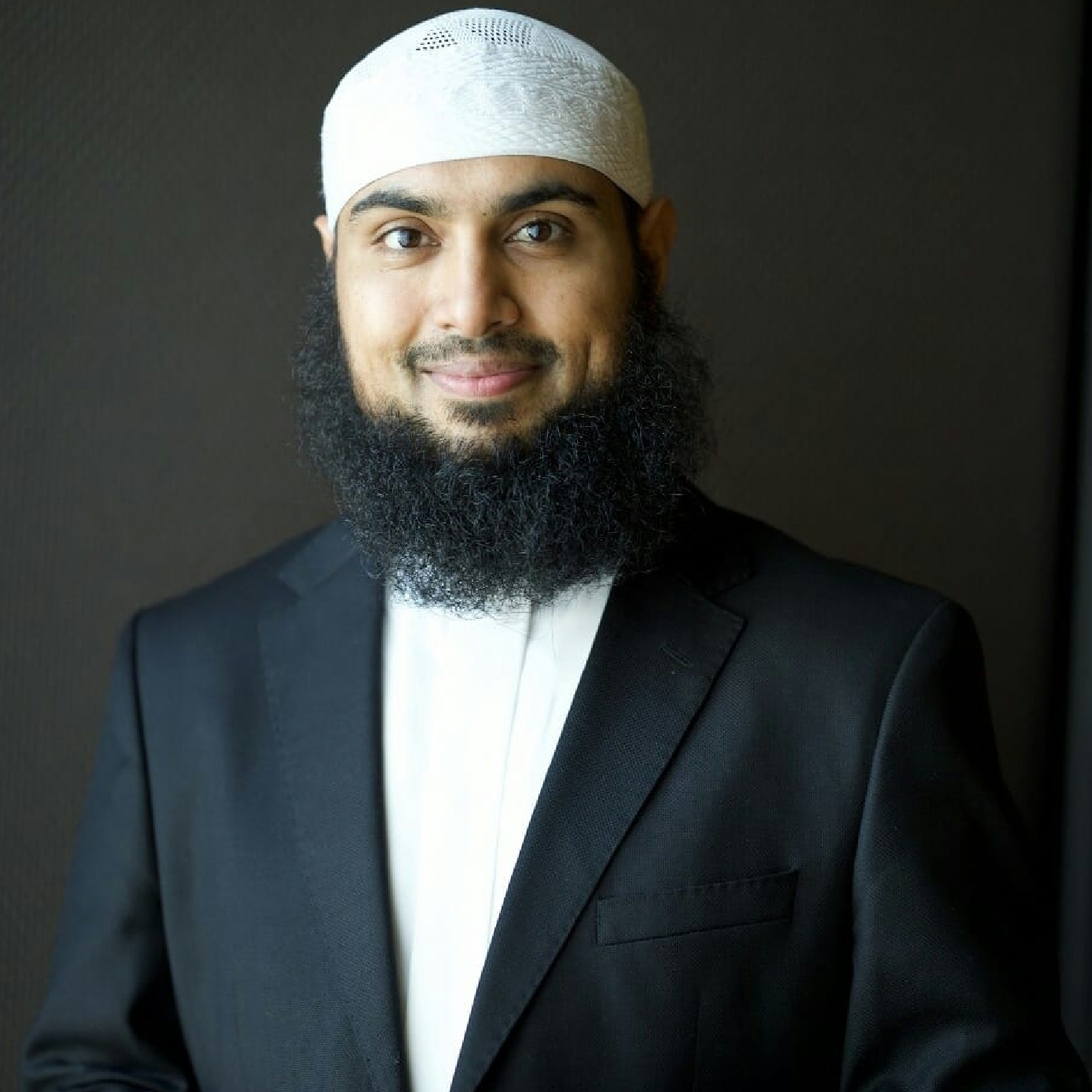 Since the last few months I have been kept busy with questions about cryptocurrencies in general and Bitcoin in particular.

Furthermore, some of you came across a couple of twitter posts of mine related to Bitcoin, and an understanding in some circles was formulated stating that I have passed a fatwa stating it to be permissible (halal).

Given the sensitive nature of the topic and its questions; I quickly share the following points with the objective of covering the answers to the questions being asked.

Disclaimer: This is not an article nor a detailed response, but rather a guidance piece.

1. Irrespective of any private advice I have provided regarding Bitcoin; I have not passed a fatwa stating that Bitcoin is in and of itself forbidden, or that buying/selling is impermissible if done within the framework of Islamic Transactions from an Islamic Fiqh perspective. It is also true that I have refrained from publicly sharing my view in a particular way, and this is due to the sensitive nature of cryptocurrencies generally and Bitcoin specifically, and the fact that more time, research and deliberation regarding the topic are required before an absolute view can be taken by the scholarly fraternity generally and myself specifically. There are also many technicalities regarding its trade as well which Islamic ‘Fiqh’ would look at independently, and this conservatism is a natural consequence of any new matter that is considered as established or unestablished in a relative way. The Islamic jurisprudence framework pertaining to Bitcoin and it’s exchange will be looked at and refined over time which will have a bearing on any fatwa considerations naturally, highlighting how difficult it is to develop a well rounded conclusive fatwa at this moment in time.

As a result, and learning from some of the scholars of who have specialised in economics, trade and transactions, we find a few thoughts being floated regarding Islam’s possible position on Bitcoin specifically, which are as follows:

Firstly: Regarding its Reality:

a) Some have opined that Bitcoin is a  currency, despite not meeting the extent of what constitutes a currency from an Islamic Jurisprudence perspective based on its reason of creation and its objectives.

b) Some have opined that it is a type of product  due to it not meeting the extent of what constitutes a currency from an Islamic Jurisprudence perspective, and since matters are judged based on their actual reality, calling it a currency does not create any binding considerations accordingly.

c) Some have taken the view that Bitcoin isn’t a currency nor is a type of product.

d) Some have chosen to abstain from weighing into the discussion at this point in time due to having insufficient reason to justify holding an opinion concerning this specific matter.

Secondly: Regarding Trading in Bitcoin

a) Some have opined that it is Islamically permissible to trade in Bitcoin due to it being a form of currency or product. However, upon the view of it being a currency, the rules of Riba apply to the trade particulars of all related transactions accordingly.

c) A third view which follows the lines of the first view, but states that during ‘bubble’ periods it would not be permissible to purchase Bitcoin due to its volatility. The addendum listed in this third view is something I voiced on my social media channels during Bitcoin’s period of inflation, which I believe some understood to be an expression of an absolute ‘fiqhi’ conclusion of permissibility regarding Bitcoin held by me.

2. I respect the fatwa of the scholars and duaat who have come out stating the purchase/sale of the currency to be impermissible, and believe they have made some valid points in their reasoning. That said; I also disagree with some of the reasonings offered in substantiation of their concluded views, and my agreement and disagreement with them in these matters is part of a natural discourse with regards to matters of this nature.

3. In terms of my current contemplations; I consider Bitcoin to be a ‘distorted currency’ as it does facilitate trade to some extant, and is considered a form currency by remote congregations of our masses today. The reason why I state ‘distorted’ is because in all considerations, it has not assumed in a satisfactory way the necessary characteristics of a currency from a ‘fiqhi perspective’. I do believe that with time, it has the potential to assume the required extent of these necessary characteristics.

4. Regarding paying Zakah on Bitcoin, then I do believe that Zakah should be paid on it currently irrespective of whether it is considered a currency or a type of product. This is for two reasons, as follows:

a) Zakah is a pillar in Islam, and given the norms in relation to Bitcoin holders with regards to it, paying on it would be the safer approach Islamically, especially since the concept of ‘precaution’ (Ihtiyaat) exists as a valid epistemic Jurisprudence Methodology attribute with regards to new matters in Islam, in my perspective. And,

b) There being exceptions in the discussions of the Jurists as based on evidences regarding products and currencies from the perspective of Zakah and Riba. So for example we find circumstances whereby Zakah applies to goods, but not Riba, and circumstances whereby Riba could apply to the exchange of Gold and Silver jewellery, but not Zakah (according to the majority of the scholars).

As such, Zakah should be paid as based on the selling price of the coin when one’s Zakah year is up.

5. I do believe that when researching this topic, it is more conducive to ask the following question:

“Are there any issues from a fiqh perspective that make Bitcoin haram”,

The reason being that from a fiqh perspective; everything not related to worship is considered permissible until proven otherwise.

6. I believe that the blockchain technology carries the objective of preventing the double spending of money, which is an objective not enjoyed by fiat money today or its regulations. This objective is no doubt useful in terms of fixing many of the ills of modern day financial practices.

7. I believe Bitcoin aims to decentralize the means of exchange by making every individual a central bank essentially. This objective is no doubt useful in terms of fixing many of the ills of modern day financial practices.

8. For those viewing its trade as permissible; I do not believe that Bitcoin should be used as an investment, just like how it is never encouraged to invest in fiat money. It should be used as a medium of exchange as was intended in terms of its objectives. Perhaps doing so will allow it to develop in a more natural manner and achieve its intended objectives in a more robust way.

9. It is forbidden to use Bitcoin for any impermissible activity, and this includes using Bitcoin for speculatory purposes and betting on its price fluctuation. This advice would be the same for any currency or commodity, shares or otherwise, experiencing the same practices.

Separating Bitcoin from speculatory practices will allow it to develop in a more natural manner and allow it to achieve some of its intended objectives, which will in turn allow it to provide greater clarity for a more definite fatwa to be passed regarding it by the scholars who have held back from issuing a fatwa about Bitcoin to day.

10. For those who are convinced by the fatwa regarding Bitcoin being impermissible, it would be permissible for you to liquidate the coins purchased before the passing of the fatwa. You are also entitled to keep any profits received from the sale of the coins.

11. I believe cyptocurrencies to be the future and something which will remain a topic of discussion. Currently it is a topic that does require time and further research, contemplation and discussion, as said earlier; so please do not become disrespectful of the scholars and duaat offering their respected positions.

Bitcoin has the power to be a macroeconomics miracle or a microeconomics debacle. It is a double edged sword at the moment, and has no doubt disrupted, in some way, decades of one sided monetary policies, centralization and financial malpractices.

I pray we are inspired to work together in allowing crypto currency to live its potential. Being tunnel visioned with it and only viewing it as investable has led to damaging speculation and cycles of harmful booms and busts.

Patience is a virtue and being calculated with the roll out of our practices with bitcoin and it’s sisters; will further pixelate the image of the crypto currency future, and the extent of its potential in really making the world a better place.

I pray these 12 points offer some guidance and provide answers to the questions being asked. I will endeavour to update you all as my own development regarding these currencies develop, InShaAllah.

And in Allah Almighty is all trust placed, and Allah knows best.