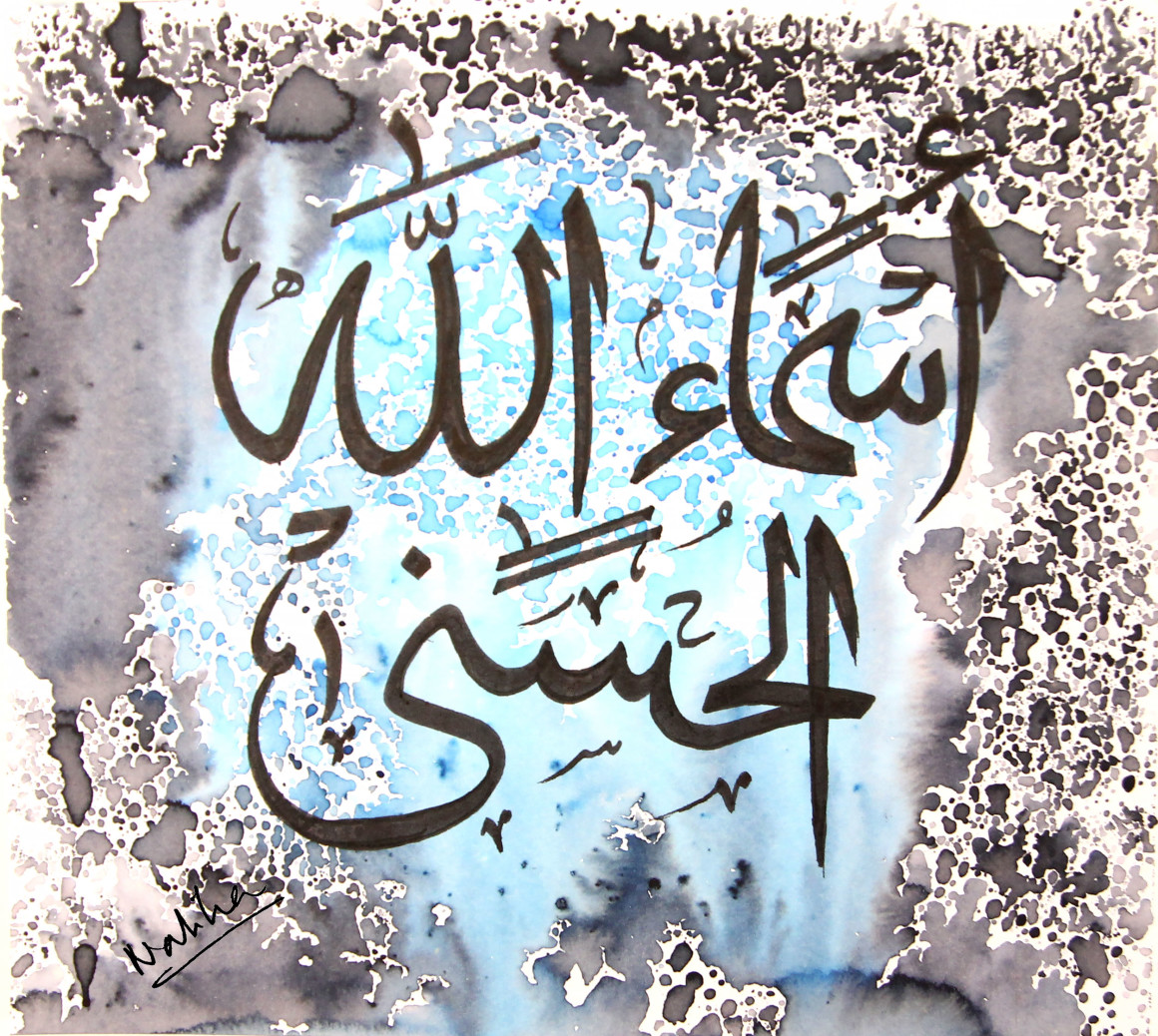 After much deliberation and constantly going back and forth, I’ve decided to attempt to do a short series on the beautiful names of Allah, ‘attempt’ being the key word here. The benefit I hope to derive from this is a firmer understanding of His names that will, in sha Allah, strengthen my connection to Him and give a much-needed boost to my faith. I pray that this series gives me an understanding of the subtlety of His various attributes in my life and a renewed appreciation for it. This is me getting back to writing after a hiatus of nearly two years, so I apologize for the rusty rigid flow. In sha Allah, I ease up on it soon.

There is none that loves to be praised other than Allah and there is none that is deserving of praise except Him alone. Praise for Him is unconditional, which is not so for humans who are fallible. This is why we’re asked to refrain from exaggerated praise because humans are worthy of only conditional praise, there are parts in our character that may sometimes contradict the praise we receive.

The fact that deserves reflection is that despite using the names and attributes that Allah Himself has described Himself with, and which are the highest forms of praise, we cannot even begin to do justice to His being by praising Him, as is evident in the dua made by the best of humans himself ﷺ:

سبحانك لا أحصي ثناء عليك، أنت كما أثنيت على نفسك
How exalted are You, O Allah, I cannot suffice in praising You, You are as You have praised Yourself.

One point to understand when studying the names of Allah is that His names are not limited to 99. His names are infinite, beyond any one language, beyond our comprehension. Rather, the 99 names are the best of the best of His infinite names. It is also important to note that these 99 names that we see around us are not explicitly mentioned by the Prophet ﷺ. Nobody knows which of the hundreds of names found in the Quran and Sunnah (as nouns or verbs) are the ninety nine that the Prophet ﷺ meant. They are instead, derived by the ijtihad of scholars, from the Quran and Sunnah, who have attempted to choose the best ninety nine of those. So, the charts we see are educated tentative guesses on what those names are, and you may notice different names in this series as compared to the ones you are familiar with, but at the end of the day, we must remember that this compilation is a human effort to attempt to draw close to Allah through the ijtihad of qualified scholars. Perhaps the reason the names weren’t mentioned is along the lines of why other specifics like the night of Qadr etc are hidden from us- our effort is valuable, and so, perhaps Allah wanted us to ponder over the Quran carefully in order to find His precious names and connect to Him through them.

Another important point is that the names of Allah, when used with the definite article, are used for Allah only and they hold true to their meaning for Allah. A human may be named Rahman but he may not be named ar-Rahman. Likewise, a man with that name may not necessarily be merciful- he may instead be an oppressor. However, the same will never hold true for Allah. He is all that His names describe Him to be and more.

Over the next few months in sha Allah, we will be covering each one of His beautiful names in some detail, and I pray this series benefits us all.

O Allah, grant us the ability to worship You and call onto You with your beautiful magnificent perfect names, and forgive me for any errors I may have made.

The following are the resources that I will be using: