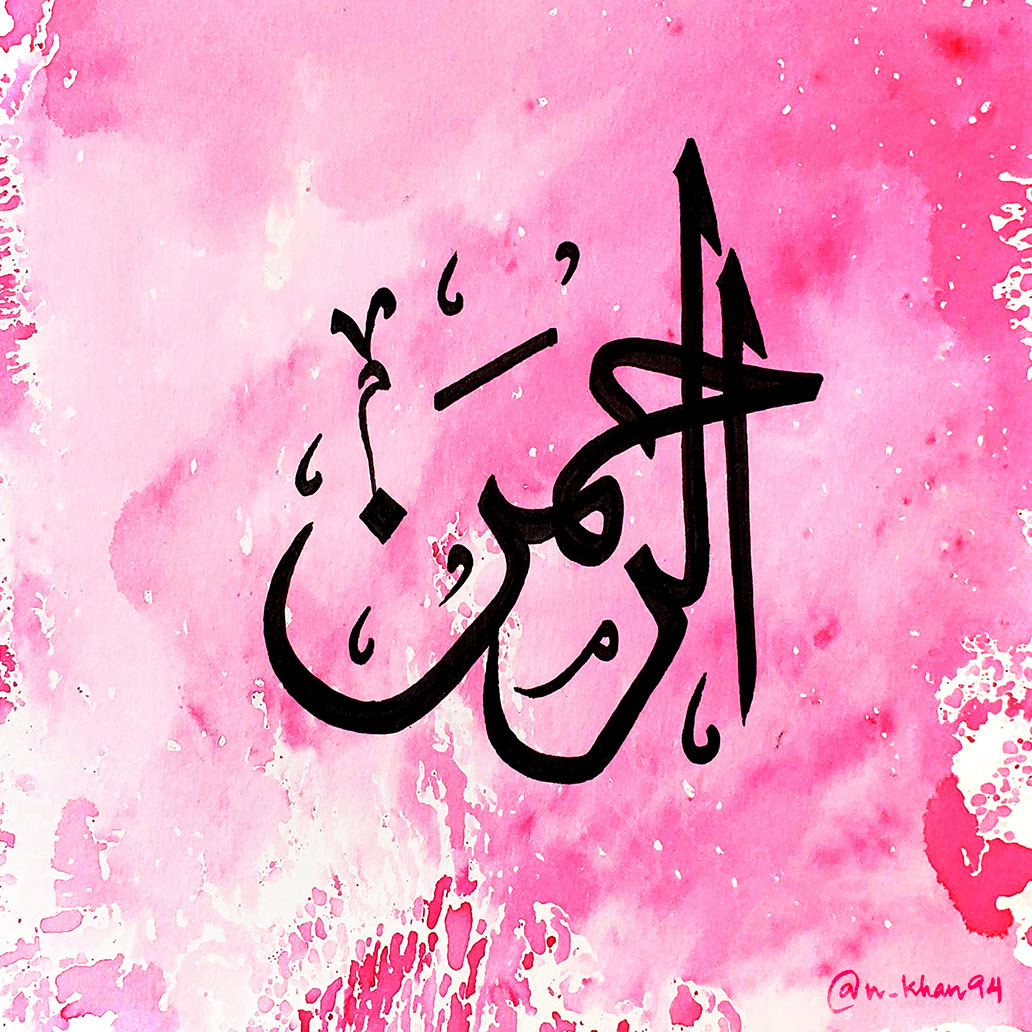 A mother has just given birth. The recovery is long and slow. She is unable to hold her baby easily without flinching in pain. And yet, when the baby cries for comfort, she forgets everything- every tear, every stitch, every ache. Her eyes tear up (out of love and mercy) and she brings him close to her to comfort him. Such is a mother’s love. Such is her mercy.

Salman al-Farisi reported: The Messenger of Allah, peace and blessings be upon him, said, “Verily, on the day Allah created the heavens and earth, he created one hundred parts of mercy. Each part can fill what is between the heaven and the earth. He made one part of mercy for the earth, from it a mother has compassion for her child, animals and birds have compassion for each other. On the Day of Resurrection, he will perfect this mercy.”

In another narration, the Prophet said, “From one part of mercy the creation is merciful between themselves, and ninety-nine parts are for the Day of Resurrection.” (Sahih Muslim 2753)

This is from the perfection and magnanimity of Allah ar-Rahman, The Most Merciful. His perfection is such that when Sufyan ath-Thawri was asked if he could choose between being judged by his father or by Allah, who he would choose, he responded by saying that he would choose Allah because Allah would be more merciful than his father. Is there any wonder that some scholars said أرحم الراحمين (The Most Merciful of All Who Possess Mercy) is one of the names of Allah?

The name ar-Rahman is unique, comparable to the name Allah. There is no other name in the Qur’an like this name, in the sense that both of these names are stand-alone- they occur by themselves independently most of the time, without needing to be backed up by another, as is evident in the following ayah-

The primary attribute of Allah when it comes to the Qur’an is rahmah- mercy, which is very evident when we think about the fact that almost every surah in the Quran begins with the basmalah “In the name of Allah, the Most Merciful, the Bestower of Mercy”. He has also said in the Quran

Your Lord has decreed upon Himself mercy (6:54)

Allah’s Mercy is undeniable. It fills all that is between the heavens and the earth. The rain that wets the earth, the cool breeze in the evening, the warmth of the sun after a few gloomy winter days, a cosy home to go back to, food on your table, the love and company of your families around you, warm clothes in winter- every good thing in your life that you can think of, that we take for granted, is from His Mercy upon us. Even His punishment is a Mercy to the society in the way it is legislated.

And there is for you in legal retribution [saving of] life, O you [people] of understanding, that you may become righteous. (2:179)

However, His Mercy is not given to everyone equally. There are certain actions we can do to attract those 99 parts of Mercy in the Hereafter and they all pertain to being obedient to Allah and following His Messenger and His Book.

“The merciful will be shown mercy by the Most Merciful. Be merciful to those on the earth and the One in the heavens will have mercy upon you.” (At-Tirmidhi 1924)

When Allah has characterised and mentioned His Mercy hundreds of times in the Quran, when He has used the terms ar-Rahman, ar-Raheem, Arham ur-Rahimeen, Khayr ur-Rahimeen, Dhur-Rahmah etc to describe Himself, how can we possibly despair of His Mercy? When the Prophet ﷺ has explicitly stated that if a non-believer knew of Allah’s Mercy, even he would be optimistic about entering Jannah, how can we ever give up on His Mercy? When He has said that He possesses ninety-nine parts of mercy and only ONE part has been given to all of the creation that has existed and will ever exist, is it not an insult to Him عز و جل of the highest order? Does it not make sense why Allah considered it akbarul kaba’ir to despair of His Mercy, second only to shirk (associating partners with Him). Anyone who assumes his sins are too great for Allah’s Mercy has fallen victim to the whispers of the Shaytaan and is in great error. At the same time, it’s important we don’t fall on the other end of the spectrum and justify every misdeed and sin we commit by calling Allah الغفور الرحيم (The Most Forgiving, the Bestower of Mercy).