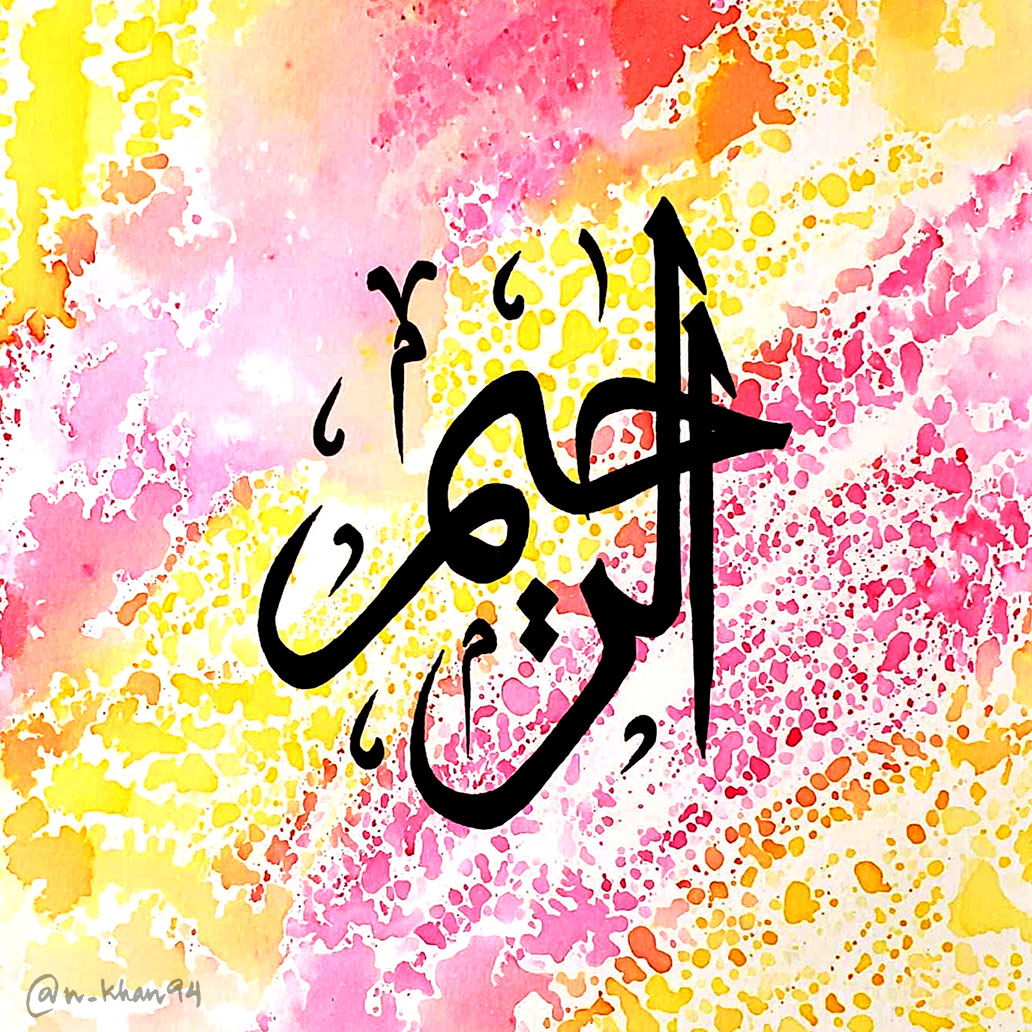 Ar-Rahman ar-Raheem is one of the most commonly recited combinations of names in the Qur’an, with us starting our recitation of the Qur’an invoking these beautiful names of Allah (بسم الله الرحمن الرحيم). On this tangent, each one of the names of Allah are the peak of perfection in and of themselves regarding that particular sifah. However, there are certain combinations of names that we find occurring repeatedly in the Qur’an. One might wonder- what does that imply? Why is this phrase inclusive of just these specific names? Do certain names rely on one another to convey a complete meaning? The answer is no. Each one of the beautiful names of Allah is independent of any of requiring any other attribute to complete its meaning. However, there is a perfection that comes on top of the perfection of each individual name of Allah when two names are joined together. For example, the combination of العزيز الرحيم is one of the most repeated combinations in the Quran. It pairs Allah’s might with His mercy, indicating that His mercy does not come from a place of weakness but rather, from a place of power, starkly contrasting to the nature of man, wherein his heart grows harder with the onset of power.

Both ar-Rahman and ar-Raheem come from the attribute of rahmah which is mercy. What then is the difference between the two? There are a few opinions regarding this difference, and it must be kept in mind that all these opinions are complementary and not contradictory to one another.

These names should serve to soften our hearts and increase the love of Allah in our hearts. Why? The answer is simple- everything that you love, Allah has given it to you. Everything that you find comfort in is a mercy from Him to you. YOU, who is one of the billions of people inhabiting this earth currently, not counting the billions who have passed before you, and the billions to come after you. He has sent down mercies specifically for you and to you, and has comforted you with exactly those things that will bring comfort to your heart. This is Allah, ar-Rahman ar-Raheem who loves you more than your own mother does. He loves you seventy times more than that mother who stays up at night making dua at tahajjud for you, who loses sleep over the slightest of sickness of yours, or in my case, who loses sleep staying up and guiding me through my entire process of cooking for a big party from halfway across the world when it’s close to Fajr at her end. Do you not think it is criminal then, to think badly of such a merciful Lord? Is it not criminal that our assumptions and thoughts of Allah lean more towards His anger rather than His mercy? Is it not heartbreaking that our children are first taught to fear Allah and His punishments rather than love Him?

An interesting way to implement the benefits of these names of Allah into our lives is by inculcating a sense of shyness. What do I mean by shyness? When someone constantly bestows favour upon you, and constantly gives you gifts, you feel a sense of obligation to give them back all that and more. This is the feeling of ‘shyness’ that we must have with Allah- we are shy to come to Him empty-handed. With every uncountable favour he has blessed us with, should we not at least strive to fulfill our daily salah obligations on time? Should we not at least remain patient and have faith in His plan for us and in the trials He has afflicted us with? Is it not a small ask for everything He has given us from family, health, beauty, companionship, education etc?

Lastly, let’s make it a habit to use these names in our duas regularly. All the four names that have been covered so far are universal in the sense that they can be used in any and every dua. So now, when our hearts are torn, when we are in pain, when our soul is troubled, when we are in need of comfort and assurance, who better to call out to than ar-Rahman ar-Raheem? Always remember the dua of Ayyub عليه السلام when he raised his hands and called out to His Merciful Lord,

“And [mention] Ayyub, when he called to his Lord, “Indeed, adversity has touched me, and you are the Most Merciful of the merciful.” [21:83]