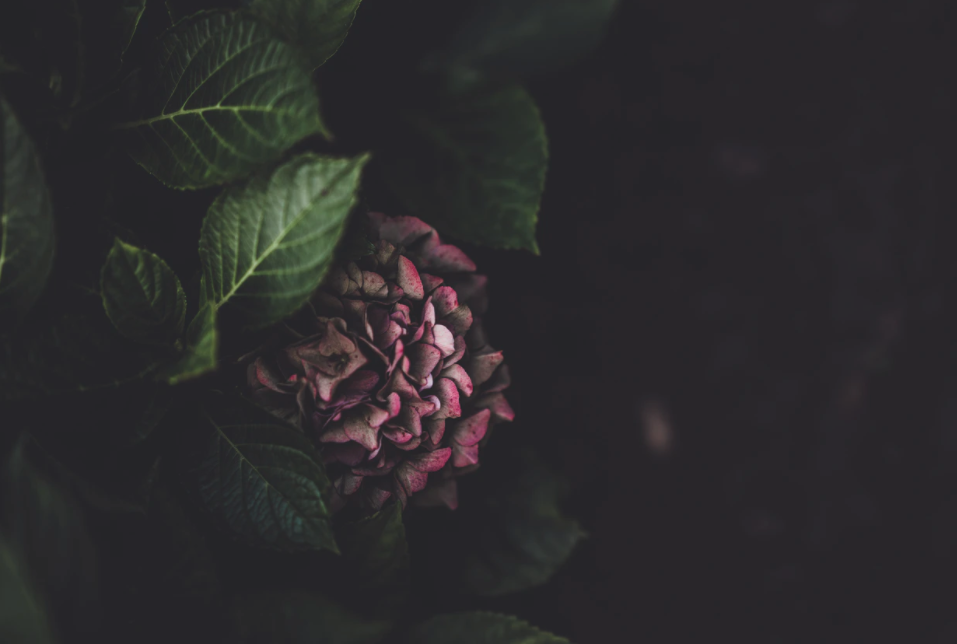 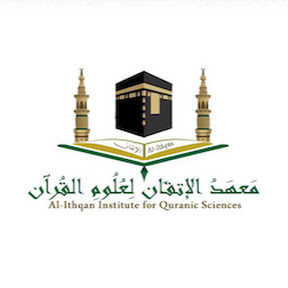 The Goal of this article is to give the society a clear overview on the presence of face veil in Islam, as well as a response to the false accusation against it. The concept of covering the rest of the body excluding the face and the hands are not emphasized much as its obligation is already clear among the society. The references used in this article are all authentic and the closest to the time of Prophet ﷺ, of which are numerous Tafseer starting from Muqaathil (150 Hijri), followed by Ibn Sallam (200 Hijri) up until Ibn Katheer (774 Hijri) and Hadeeth collections of Musnad, Sihaah, Sunan, etc and the Fiqh Books of Major Scholars of the Muslim Ummah.

Hijab is a veil or partition or screen[1] that is placed between two bodies or things that prevents any view between the two[2], as it is mentioned in The Quran (42:51)

“And it is not possible for any human being that Allah should speak to him except by revelation or from behind a Hijab or that He sends a messenger to reveal” [Surah ash-Shura, Ayah 51]

What is the definition of Hijab in Shari’ah?

The definition lays within the understanding of The Quran and Sunnah;

Translation: “Wrap your khimaar over your chest” [Surah Nur, Ayah 31]

Translation: “O Prophet, tell your wives and your daughters and the women of the believers Yudneen (to put over from above to below) the Jilbaab over their bodies. That is more suitable that they will be known (so that they will be distinct in their appearance from slave women) and not be abused. And ever is Allah Forgiving and Merciful” [Surah al-Ahzab, Ayah 59]

Reason of revelation: This ayah was revealed when the Munafiq (hypocrite) men were gazing and harassing the believing women and female slaves who go out of the house at night to relieve themselves. When the Munafiq men were confronted about for this, they replied that they thought those women were the slaves who indulge in adultery[3]. So, Allah ﷻ commanded the believing women to wear the Jilbaab so that they are not abused.

Before these ayahs were revealed the women did not cover their faces or chests except they wore a cloth called khimaar over their head letting it hang from behind their backs[4] and their clothing changed completely after the revelation of these two ayahs in Madinah.ﭐ

This defines that Jilbaab is a cloth which is hung loosely from the top of the head until the bottom which does not reveal the adornment of a woman[9].

Other clothing that is used as a part of the Hijaab is the Niqab or Burqu’ which is a material used to veil the entire face which either includes an opening for the eyes to see or the material is thin enough to look through it without any eye-holes [10]. All these clothes are part of the Hijab.

“Do not expose their adornment except to their husbands, their fathers, ………” [Surah Nur, Ayah 31]

“And do not expose their adornment except  إِلَّا مَا ظَهَرَ مِنْهَا (which is visible)” [Surah Nur, Ayah 31]

Points to be noted regarding this verse:

Therefore, the Hijab is defined in Shari’ah as anything that prevents the gaze of any non-mahram men on a woman due to the fear of fitnah. The definition includes Jilbaab as a part of the hijab when a woman leaves the house.

A list of some major scholars of jurisprudence who viewed that veiling the face completely (Niqab/Burqu’) is Sunnah or those who viewed it is permissible to uncover.

The in-depth analysis of the stance of all the scholars in this matter can be categorized into three rulings;

1: Obligatory to veil the face.

2: Sunnah to veil the face.

3: Permissible to reveal the face.

The important point is that there is no opinion of any scholar which states that it is obligatory to expose the face in front of non-Mahram men.

Therefore, it is not upon a person who believes in the opinion of obligation on veiling the face to refute the one who is not in that opinion, neither vice versa. Further on, this matter of ruling is upon the Ijtihad of scholars thus any refutations against the views are not tolerated in Islamic Jurisprudence[23].

The critical element is that a Mu’min (believing man or woman) should follow the rulings and teachings of Islam sincerely for the sake of Allah ﷻ and not for any other worldly gains.

1. Is there any evidence from the Qur’an and Sunnah for Niqab?

Yes, there are numerous evidences from Qur’an and Sunnah which shows that Niqab is waajib (obligatory) or mustahab (recommended) of which a few are mentioned above in the article.

2. Isn’t the face veil (Niqab) a security issue in a safe country as the person cannot be identified?

In the first place there is no issue in opening the face veil to be identified by the appropriate authorities and we should not forget that there are various technological ways to identify a person in today’s highly advanced technological era. To elaborate further there are much more serious issues which have not been sorted out when it comes to facial identification in maintaining security, like the facial make-ups which make a person unrecognizable including plastic surgery, etc.

3. If the face veil is ordered to be removed in Ihram, then why do we need it in normal circumstances?

Ihram is the state a person is in during the pilgrimage to the Noble city of Makkah. It is a state in which many actions that are allowed in normal circumstances for a person have been prohibited e.g.: Nikaah, proposing for a marriage, hunting, etc. In the same manner it is prohibited for a man to cover his head and a woman her face. Additionally, know that Islam has permitted the woman to draw over a cloth in front of her face during Ihram if she wishes to do so.

4. In the article, why is there such a difference within the same Madhab (school of thought)?

Madhab is not the opinion of one Imam or the mujtahid Imam who established the Madhab himself e.g.: Imam Abu Haneefa. Rather a madhab means a collection of Ijtihad scholars, who derived rulings from the Qur’an and Sunnah following the Qawaid (established fundamental principles) within the madhab. Therefore, difference of opinion between scholars of the same madhab is common. The beauty of this is that it shows the value of a madhab where each Ijtihad scholar derives the ruling directly from Qur’an and Sunnah.

There is no correlation between the two rulings; lowering the gaze and unveiling the face, because lowering of the gaze is there for numerous purposes at many levels e.g.: prohibition of looking at immoral images, private parts of other people, etc. Even when it comes to women, not all of them are Muslims who cover, rather you would find women of different religions and customs wearing different kinds of clothing. As stated previously, the two rulings do not correlate with each other, therefore such a linking or association is invalid.

6. The ayah states “……the Jilbaab over their bodies. That is more suitable that they will be known (so that they will be distinct in their appearance from slave women) and not be abused”, so why do we need it now, as there are no slave women present to be distinguished from believing women?

The ruling of Hijab in this ayah is not based on separation between a free woman and a slave woman, rather the ayah first states the obligation of Jilbaab and then the benefit is that they will not be abused. This is one of the حِكمة (Hikmah-wisdom) behind the ruling of the verse and not the عِله (Illah) for its application.

To understand further, we must follow certain foundational principles in Islamic Jurisprudence.  We must understand that there is علة (Illah) and حكمة (Hikmah) behind the ruling, which are two different things. Illah is the presence of a certain characteristic that brings a ruling into application and Hikmah is the wisdoms and benefits of the ruling. In the same manner the ruling of Hijab comes into place when the Illah is present which is to preserve the chasteness of a woman from a non-mahram man[1]. And one of the Hikmah (wisdom) of it was that the believing women be distinguished from slaves and not be abused.

For example, in the prohibition of Alcohol; the Illah is intoxication and the Hikmah is that it leads you to sin[2]. If a person says that wine is halal, because he drinks wine at a time when it does not disturb anybody and sleeps to prevent from falling into sin, does his reasoning sound logical? No, because he is confusing the Illah with the Hikmah of the rule.

7. As the Jilbaab was revealed for the believing women only, were the protection of slave women not a concern of those days?

In Surah Ahzab verse 57 -58 preceding the ayah of Hijab, Allah ﷻ forbids and curses the one who harms or harasses any woman of the society. The reason why Allah did not order the slave women to wear the Jilbaab was that they had to be consistently on the move with the society outside while serving their masters so it would be a burden on them.

8. Isn’t complete veiling (including face) special to the wives of Prophet ﷺ only?

We must keep in mind that the rulings are based on avoiding fitnah with the opposite gender and that Islam has prescribed these rulings as part of upholding the modesty and chasteness of a believing woman. We have been created on earth to worship Allah ﷻ The Mighty and earn His pleasure.

In Surah Ahzab verse 53 Allah ﷻ commands the companions of the Prophet ﷻ “If you ask them (wives of Prophet ﷺ) something ask behind a Hijab (partition). That is purer for your hearts and their hearts.” We must understand that Allah ﷻ is commanding the Ummahatul Mumineen (wives of Prophet ﷺ) and the Companions of Prophet ﷺ who were the most knowledgeable and the best of the best people in this Ummah, to maintain Hijab as it is purer for their hearts. Are our hearts purer than theirs?

9. The face-veil is from Arab Cultures from pre-Islamic days and not from Islam. Why should we follow what Islam does not command us?

Is it logical to say that everything that was there before Islam is not part of Islam afterwards? Example: The Arabs used to host guests in a very beautiful manner and always speak the truth about anything whether it be bitter or sweet in the pre-Islamic days. Does that mean hosting guests is not mustahab and speaking the truth is not obligatory in Islam?

Even though face veiling was practiced on a minor level among some Arabs and other communities, the advent of Islam established the ruling of face veiling on the Muslim women. It was the commandment of Allah ﷻ upon the Muslim women to wear hijab. Therefore, Niqab is an act of worship in Islam and we should abide by our religion.

10. Does face-veiling mean that a woman cannot communicate with the opposite gender (non-Mahram)?

Face veiling (Niqab) does not set any limitation on communicating with the non-Mahram men, rather it is obligatory upon every Muslim woman whether she exposes the face or not that they communicate with the non-Mahram men when necessary on certain conditions[3] i.e. not to be soft in speech, with proper Aadaab (moral values) and in a modest way that the speech must not result in fitnah.

[12] A consensus agreement of the Ijtihad scholars on a matter