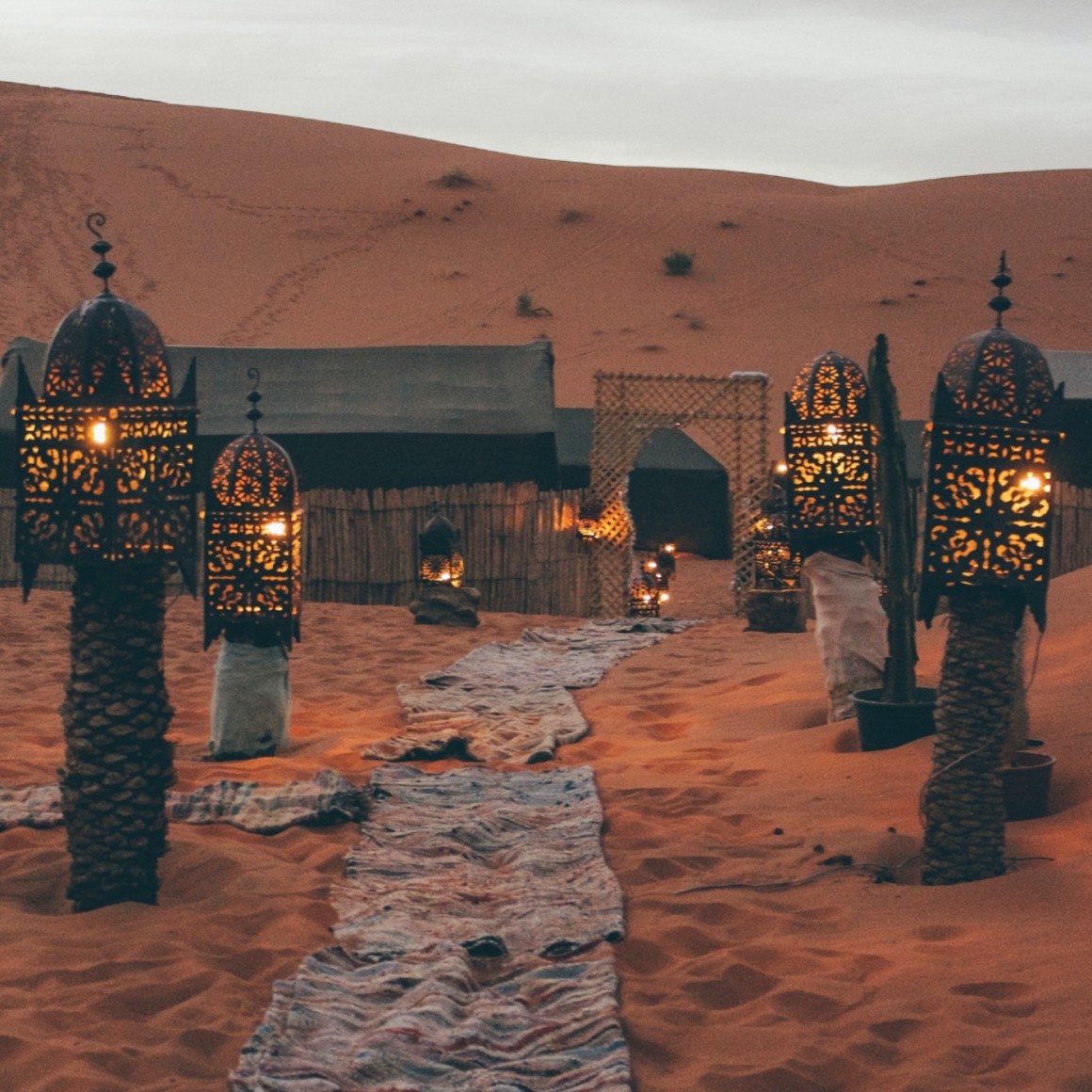 All Praise is due to Allah. May His peace and blessings be upon His Messenger, Muhammad ﷺ, the noblest of all humanity.

It is the month where thousands of Muslims begin to celebrate the occasion of Mawlid an-Nabawi (Birthday of the Prophet). As such, it behooves us to explore the reality of this celebration; what is the historical background of such celebrations vis-à-vis the rulings of the Shariah, rather than ruling and following without knowledge.

This piece explores the historical background of this celebration and checks it on the weight of the Islamic Shariah: Is it a rightful, legitimate (Halal) celebration or it is something the Shariah disapproves (Haram). In other words, will such a celebration earn an individual rewards from Allah or punishment? We ask for Allah’s refuge.

I pray to Allah, the Almighty to make this treatise beneficial to all. Amin.

Allah the Mighty and Sublime instructed His Messenger ﷺ to follow the revelation He – the Exalted – has sent down to him and not invent or fabricate instructions:

“And so that we have set you on a (clear, straight) way of the matter (i.e., everything contained in the Qur’an and Sunnah), so that you must follow and follow not the desires of those who know not.” [Surat Al-Jathiyyah, 18]

The acts of worship in Islam are invariable, immune and everlasting as they were revealed to the Prophet ﷺ. It does not allow for the individual’s own thoughts to be included in it. Therefore, Allah instructed His Prophet ﷺ in many places to rather follow the revelation and not the opinions of whoever was going to give his own personal whims in the matters of worship.

More so, the true scholars of Islam affirm that: Acts of worship must be as prescribed by the Qur’an and Sunnah, and not by innovating.

Indeed Allah conferred a great favour on the believers by sending His messenger, Muhammad ﷺ to them. He sent the Prophet ﷺ and not his birthday.

“Indeed Allah conferred a great favour on the believers when He sent from amongst them, a Messenger from among themselves, reciting unto them his Verses, and purifying them, and teaching them the Book and wisdom while before that they had been in a manifest corruption.” [Surat Aal-‘Imran: 164]

The first among the early Muslims who were the companions of the Prophet ﷺ, (those we are instructed to follow and take our understanding of the verses of the Qur’an and hadith from) did not use to add anything to their usual acts of worship such as celebrating the prophet’s birthday. If they had done any such addition – despite the fact that they were ardent worshippers, desirous of pleasing Allah and earning His rewards – it would certainly have been conveyed to us.

The scholar, Abu Abdullah Muhammad Al-Haffar (of the Maliki School) said that, “Don’t you realize that Friday is the best of all days, and the best act of worship on the best day is to fast on it, but the Prophet ﷺ prohibited fasting on it in spite of its great virtue. This indicates that we are prohibited to invent an act of worship for particular time or place. And the last of this nation will never be better guided than its first generation. Faithfully (I say): All benefits are in following the pious predecessors.”

Consider the sublime understanding of al-Farooq, ‘Umar bn Al-Khattab – the second of the rightly-guided caliphs -, when he started the Muslim Calendar with the Prophet’s Hijrah to Madinah which stands as a symbol for the victory of Islam over infidelity rather than starting the Muslim date with the Prophet’s birthday or the day of his death.  Do you know why? That is because substance and facts must be given preference over rituals and formalities.

After we went through all relevant Islamic History books, it is clear that the first to invent this heresy in Islam was the Fatimi State in Cairo during the fourth Hijri century. They had invented six birthday celebrations: for the Prophet ﷺ, Ali, Fatima, Al-Hassan and Al-Hussein – may Allah be pleased with them all -, and a birthday for the incumbent monarch as well following the commands of Al-Muez Billah, the extremist Ismaa’ili Shiite ruler who laid false claim of lineage to the Prophet ﷺ. He killed thousands of innocent Sunni Muslims; made prohibited things permissible (Halal) by compulsion, such as eating dogs and human carcasses. He coerced people to kill their girl children, and allowed adultery.

We also found that one of the worst leadership the Muslims had was of one of these rulers with Jewish lineage called Abdullah Maimoon Al-Qaddah. His reign witnessed serious bloodshed, corruption, innovation and oppression etc.

These celebrations continued until they were invalidated by Al-Afadal bin Amer  Al-Jiyosh. They were almost forgotten before they were unfortunately revived in 524 AH during the time of Al-Hakim Amir billallah, (the Shiite who claimed to be the Mahdi at the beginning but ended up claiming lordship – and the refuge is with Allah). They employed state power to spread this baseless celebration and false claims of love for the Prophet ﷺ using it as smokescreen to perpetrate other evils and many of the unwary were deceived.

On the other hand, those who loved the Prophet ﷺ much more than their own souls and families and relatives who followed him in his lines of conduct never engaged in such practices. The Muslim Ummah therefore, never witnessed these celebrations before the rule of the Fatimids. So, the question is: Are these good models for us to follow – even when they contradict the fundamentals and pillars of Islam -?!

Worst still, some of the ignorant people would prefer the innovated Mawlid Nabi celebration to the Night of al-Qadr!

Historians did not agree on the month in which Prophet ﷺ was born. Some say it was Ramadan, but the majority hold that it was in Rabi’ Al-Awwal. They also differed regarding his day of birth:

- Ibn Abdul-Barr gave it as the second day of Rabi’ Al-Awwal.

- Ibn Hazm said it was the eighth day which is the opinion of many of the scholars of hadith.

- Others say it was the ninth day which was considered most likely by Abu Al-Hassan An-Nadawi and Zahid Al-Kawthary!

- Al-Baqer said the day was the tenth of that month.

- Ibn Ishaq stated that it was the twelfth day.

- The seventeenth and eighteenth of that month were also held to be his day of birth.

The diversity in stating the prophet’s birthday is evidence that the companions – may Allah be pleased with them – were not keen to bring to other generations that day, and as far as they were concerned, that does not in itself establish any worship. If there was a special worship for that day itself, it would have been accurately transmitted to us, and we all agree and affirm that no part of Islam was lost in history.

Sheikh Yusuf Al-Qardaawi said that: “When we investigate this subject from a historical point of view, we find that the companions – may Allah be pleased with them all – did not use to celebrate the anniversary of birth of the Prophet (sallallahu alayhi wasallam) or the anniversaries of his Ascension or Hijra. Moreover, the fact that they were not searching the date – and in fact, they differed about the date of his birthday giving different dates for that – was for their knowledge that no specific act of worship was legislated for that it. And it is well known that the generation of the companions and the first generations, who are the most virtuous of the nation did not celebrate these anniversaries; it was rather invented after many years.”

Among the strangest things was the case of the ruler of Irbel who used to celebrate the Prophet’s birthday, one year on the 8th Rabi Al-Awwal and in another year on the 12th of the month considering the difference in the scholar’s sayings regarding the birthday!! (Ibn Khallikan Volume 1 Pg. 437).