The Prophet ﷺ is reported to have prayed the Eid prayers from the second year of the Hijra. This entails praying it twice every year for nearly 9 years. People had enough time to know how the Prophet ﷺ prayed it for these were apparent and well known actions. One cannot literally read ahadith and pass a ruling on what the Prophet ﷺ did and didn’t do. If a reported Sunnah is an evidence then an openly practiced Sunnah is a stronger evidence. Why? Here the Sunnah isn’t being transmitted just narrator to narrator but rather from generation to generation. This is a reason Imam Malik used the action and practices of the People of Madinah as a source of evidence.

Praying the two Eid Prayers is a communal obligation. Its time is the same as Duha prayer (i.e., once the sun has risen a spear’s length above the horizon); it ends when the sun reaches its zenith. If Eid is not known until is has passed, they pray it the next day as the makeup prayer.

The Eid prayers are a fardh kifayah. It has to be estsblished in every particular location. A person is not sinful for leaving the Eid prayers but he is missing out on a huge reward as per the Madhab.

It’s time is like the time of Dhuha; from approximately 15 mins (Sheikh Abdullah Humayd) after sunrise till just before Dhuhr Adhan. The only difference between times of Jumuah and Eid is that Jumuah time is till the end of Dhuhr time while Eid time expires just before zawaal.

The conditions for it being obligatory are the same as the conditions for Friday Prayer.
The conditions for its validity include permanent residency (for the required number of attendees) and the number for the Friday prayer. However, it is recommended for whoever missed the Eid prayer (or part of it) to make it up,  and doing it according to its (special) characteristics is superior/preferred.
There is no harm for women who have not perfumed or adorned themselves to attend, apart from the men. Women during menses sit apart from the place of prayer but where they can hear.

The conditions of Jumuah and Eid prayers are generally the same. The prayer being 2 rakat is a pillar and not a condition. A condition is that a person is a resident and that 40 people are present in the congregation.

If a person didn’t realise it’s Eid then he plays the next day as qada’a. It was narrated from ‘Umair bin Anas from his paternal uncles, that: Some people saw the crescent moon and came to the Prophet ﷺ, and he told them to break their fast after the sun has risen and to go out for ‘Eid the (morning of the) following day. [Sunan an-Nasai]

This applies to both the community and the individual. He can pray it as he sees fit as long as it has 2 rakats. The extra takbeerat are mustahab and not wajib for the Eid Salah to be valid. It is better for the one who missed it to make it up with all the takbeerat.

The Sunnah is to pray the Eid prayers in an open space locally. This has been mentioned explicitly by the Hanabilah. The prayer is valid in the masjid if there is a valid need.

It is Sunnah to delay the prayer for Eid al-Fitr. This is to distinguish between the days of fasting in Ramadan and Eid by eating before going out to pray. On the other hand, for Eid al-Adha it is better to make the prayer early and eat after the prayer. This is for the one who is performing udhiyah on that day. As for the one performing udhiyah on the next day or the day after, then as per Imam Ahmad he has the option of eating before or after salah. As per the Madhab one has 3 days to perform the udhiyah on10, 11 or 12 of Dhul Hijjah. The Shafi’i scholars add the 13 of Dhul Hijjah as well. Udhiyah is a Sunnah and not wajib, so it’s not necessary that everyone do it. It is makruh though that one has the means for it and yet doesn’t do it. More to follow in Chapter of Hajj.

One prays Eid prayer as two prayer cycles before the sermon. After the opening supplication, but before seeking protection from Shaitan and for rectification, one says, “AllahuAkbar” six times.
In the second, before the recitation on says, “Allahu Akbar” five times.
One raises the hands with each saying of “Allahu Akbar,” and between each pair one says, “Allah is Ever Greatest. Most praise be to Allah. Glory to Him, in the morning and evening. And may the prayers of Allah be upon Muhammad, and upon his household, and plentiful peace.” or something else.
After al-Fatihah, in the first prayer cycle, one read al-A’laa [Q87], and in the second al-Ghashiyah [Q88].
Then when the Khateeb finishes the prayer, he delivers a sermon like the two sermons of Friday prayer. However, here he begins the firs with nine sayings of ,”Allahu Akbar,” and the second sermon with seven.
During Eid al-Fitr, he clarifies what the congregants must pay for Zakat al-Fitr; and during Eid al-Adha he clarifies what they sacrifice.

The person prays 2 rakats before the Sunnah and is a clear difference to the Jumuah prayer. He makes takbeer, then istifta, followed by 6 takbeerat, and then recites as usual. A person follows what the Imam does irrespective of what number of takbeerat he does. The Mashur is to make 6 takbeerat. The Prophet ﷺ is narrated to have done 12 takbeerat in the Eid prayers with 7 being in the first rakah and 5 being in the second rakah. The eighth one mentioned here is the takbeeratul ihram or the opening takbeer. The takbeer coming back up from sujood doesn’t count as one of the 5.  A person raises their hands with each of the takbeerat. The first one is recommended by ijma and the remaining 11 are recommended by Imam Ahmad and reported from a number of the companions.

Between each takbeer one sends salutations on the Prophet ﷺ or any other type of dhikr based on what time allows.

Surah al-A’laa and Surah al-Ghashiyah are recommended to be read in the 2 respective rakat. One can ofcourse read any other Surah as well. After the prayer, the Imam delivers 2 sermons and these are established by ijma of the 4 madhaib. Giving a single sermon is a mardood (rejected) opinion which the Ummah doesn’t act upon. From the contemporary scholars Sheikh Muqbil held this position.

The Imam should open the first sermon with 9 takbeerat and the second one with 7 takbeerat. There is nothing authentically narrated from the Prophet ﷺ regarding this but the salaf reported it and the Hanabila took on it. It’s not wajib in terms of ruling but something recommended to do on the day of Eid.

The Khateeb must explain to the people how they must pay Zakat al-Fitr and the rulings of udhiyah based on the Eid. The Imam should teach the people what they need to learn. The sermon has to be relevant to them as Eid comes just twice a year and people usually forget the rulings. Some of the contemporary Hanabila like Sheikh Ibn al-Uthaymeen state that the Imam should speak about Zakat al-Fitr on the last Friday, as giving it after Eid Salah is makruh as per the Madhab. It is still makruh and not Haram as the Zakat has still been paid on the day of Eid. Giving it after Maghrib is invalid and the person is sinful if done without a valid excuse.

It is recommended to make the unrestricted takbeer (al-takbeer al-mutlaq) on the nights before both the Eids, with it being more emphatic for Eid al-Fitr; and from the beginning of the tenth of Dhil Hijjah unti finishing the sermon.
It is recommended to make restricted takbeer (al-takbeer al-muqayyad) after every obligatory prayer performed in a congregation, starting at Fajr prayers on the Day of Arafah (9 Dhil Hijjah) for non-pilgrims and Dhuhr prayer for the Day of Sacrifice (10 Dhil Hijjah) for pilgrims, up until the Asr prayer on the last of the Days of Tashreeq (11-13 Dhil Hijjah).

On the Nights (Eve) of Eid, the people are recommended to make an abundant  and unrestricted takbeerat. It is also recommended to make general takbeerat from the beginning of Dhul Hijjah till the 10 of Dhul Hijjah. The specific takbeerat are recommended after every obligatory prayer (3 times based on qiyas on Astaghfirullah). For those not in Hajj, it is from the Fajr of Arafat till the Asr of the last day of Tashreeq. As for the Hujjaj, their takbeerat begin from the Dhuhr of the Day of Slaughter till the Asr of tbr last day of tashreeq. 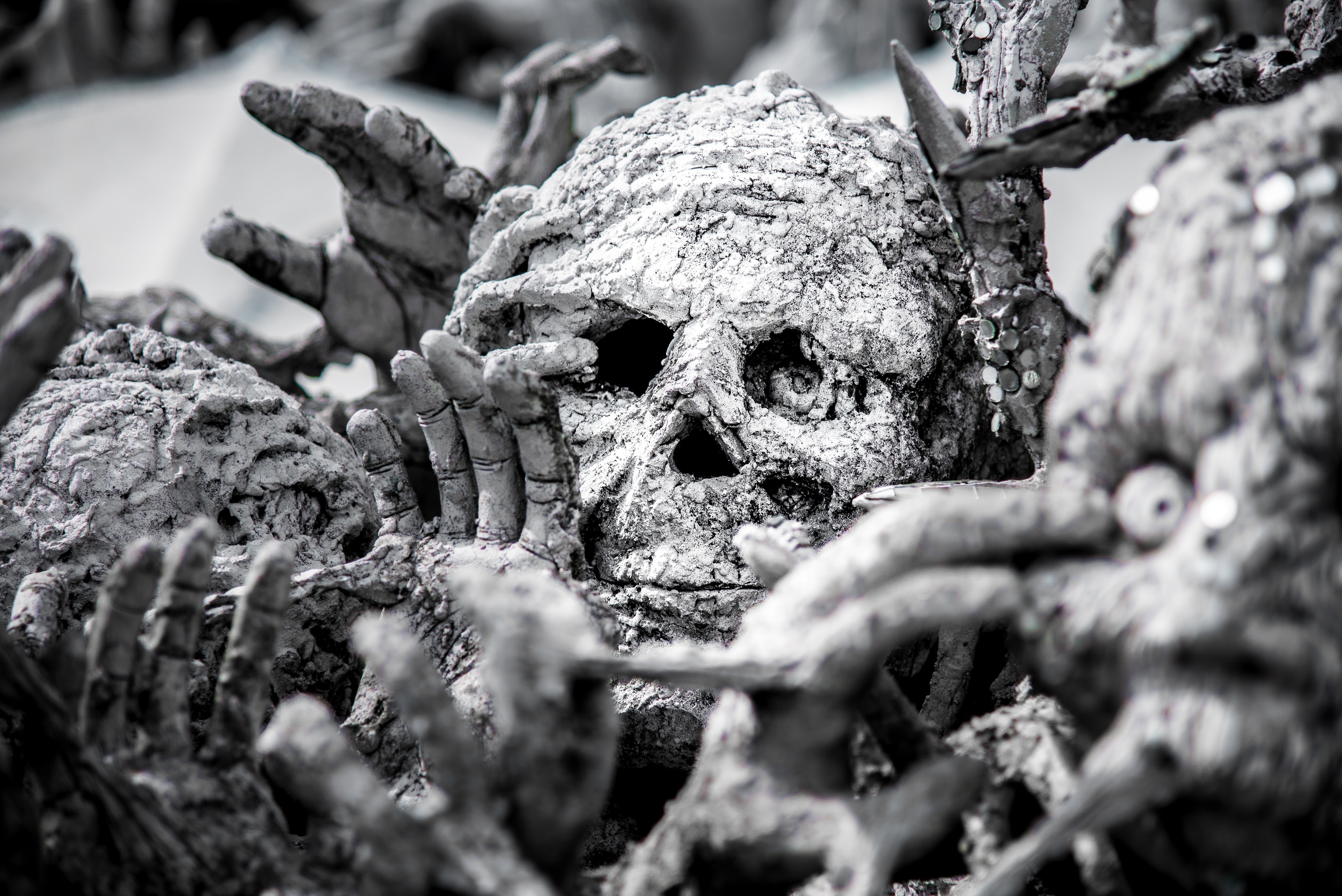